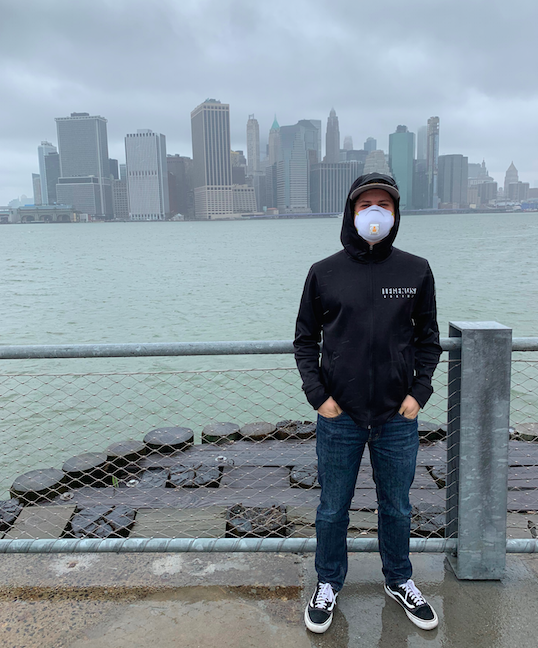 When Felix Salomone volunteered to go to New York City to help with the Coronavirus pandemic, he felt conflicted. As the father of an eight-month-old daughter, he had a hard time leaving both his daughter and his wife, Mady. “When I saw how bad conditions were, I just had to go. I had worked at the ICU unit at an Intermountain Healthcare facility and I knew I could help,” said Salomone.

Salomone was assigned to the ICU unit of the Maimonides Medical Center in Brooklyn, New York. Two of his friends were also assigned there. He was overwhelmed by what he saw. “The staff at the hospital was overwhelmed. Instead of one ICU patient to one nurse which is typical in most hospitals, there were five or six critically ill patients to one nurse. Many of the doctors were new and weren’t supervised by experienced physicians. I saw mistakes made and things were missed that cost lives. Many of the staff members were also getting sick.”

One troubling issue was the N95 masks were not fitted to specific staff members. “Not once did I see a staff member fitted with the proper mask,” he said. “There was enough PPE (personal protection equipment, however.”

“Most of the people being treated were 50 years old or older and had underlying conditions,” he continued. “It was hard to see people die without anyone with them. No visitors were allowed in the hospital.”

When asked what he learned from his experience Salomone said, “It made me realize who the real heroes are in this country. It is the ones in the military and anyone who serves his fellowman.”

Felix and his family immigrated to the United States when he was ten. “I have come to appreciate this country. I have so many opportunities here that I wouldn’t have had if we had stayed in Argentina.”

A close family member said, “Whenever we go camping, Felix always brings a flag and puts it up in the campground. He is a very humble and appreciative kid.”

Felix graduated from Lehi High School where he played lacrosse. He attended Ameritech College where he obtained his nursing degree.

Seniors At Skyridge celebrated, visited by teachers and staff