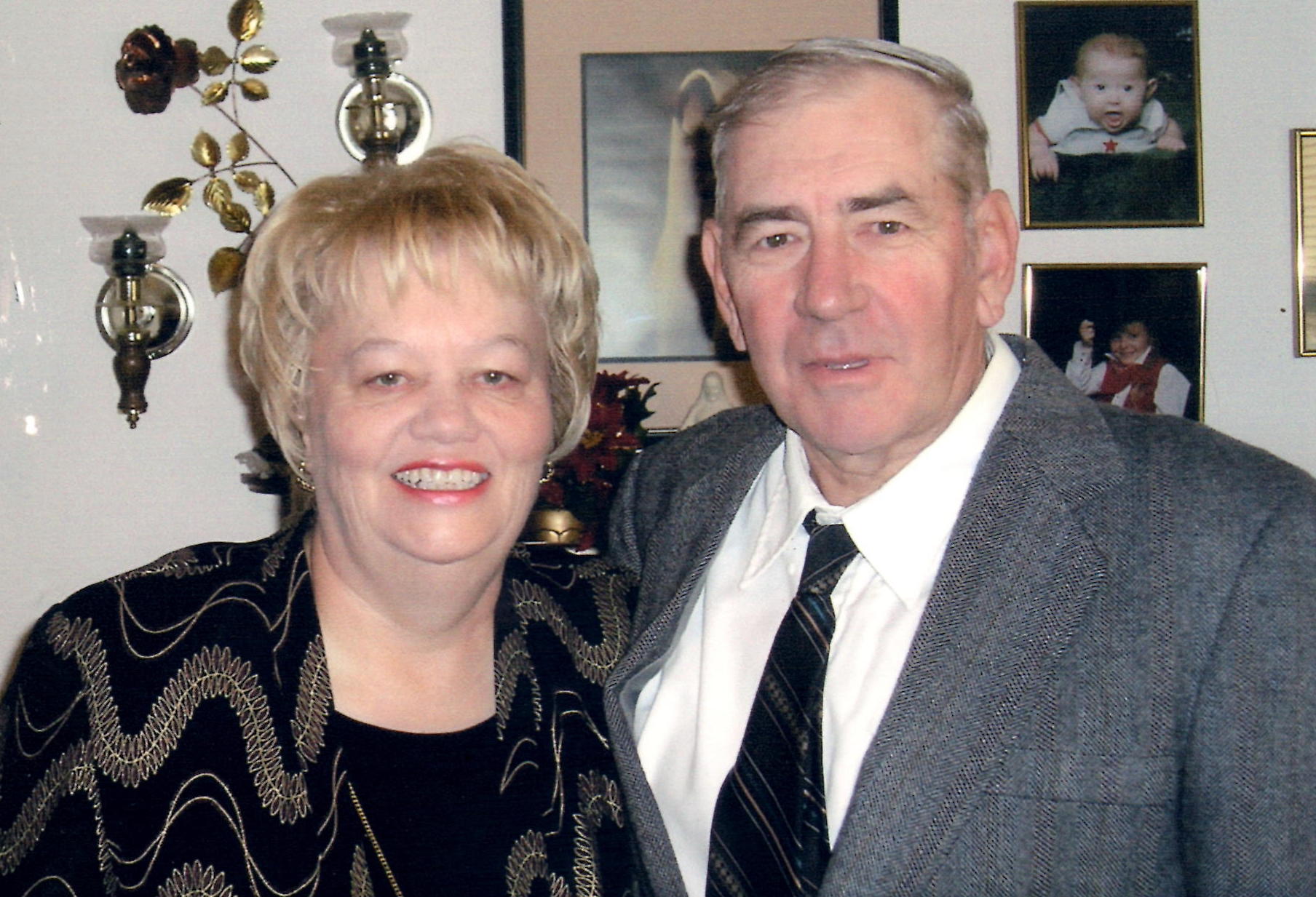 Editor’s Note: The Lehi Historical Society and Archives is proud to present the stories of its Lehi Heritage Day 2022 honorees. The story of Robert William and Verlyn Smith Doyle is the thirdof nine articles featuring this year’s honorees. Each couple will be celebrated at Lehi Heritage Day on Sept. 5, beginning at 2:30 p.m., in a parade, a celebration with the mayor, city council and public and a meet-and-greet. The free, city-sponsored event celebrates those who have given tremendous service to Lehi andhonors Lehi’s remarkable history. This year’s theme is “100 Years of Beautiful Lehi Homes.” For more information on Lehi Heritage Day or the Classic Car and Bike Show, see lehihistory.com.

Members of the Lehi community for more than 59 years, Bob and Verlyn Doyle are known for their willingness to help anyone and everyone.

A beautiful seamstress, Verlyn has sewn for family, friends and those she does not even know, and it’s all done out of the kindness of her heart. She has made beautiful wedding dresses, extravagant dresses for dolls and fixed sewing problems of all kinds. She even sewed a huge BYU flag for the BYU Football Team in Provo from scratch.

Verlyn will always help if you need something, even if it means putting her life on hold. No matter the task, she lives life with a smile and has the sweetest disposition.

One of the biggest examples of her service is in the almost daily assistance she offers an elderly neighbor with some special needs. Verlyn takes her to the grocery store and the doctor, picksup her prescriptions and reads scriptures with her. The two are genuinely besties.

Until the last couple of years, Verlyn assisted with the local HIVE Group, which helps those with special needs by going on outings and doing fun projects and crafts.

Bob and his seven boys took care of Vets Ballpark for more than ten years before Lehi City owned it. From morning until late at night, they manicured and chalked the lawns, hauled in the dirt for all the baseball fields and hired workers for the concessionstand. Bob coached baseball for more than 25 years and helped coach for more than 50. To this day, he continues to assist.

Bob loves to fish and hunt and has fed many folks in the community with wild game over the years. He enjoys taking U.S. army veterans fishing and is not beyond taking someone he does not know for a fishing adventure. He always grows a beautiful garden and shares it with neighbors and those in need.

Robert William Doyle is the fourth of eight children born to John William and Martha Alta Street Doyle of Lehi. A 1958 graduate of Lehi High School, Bob competed on the wrestling team and fished daily to help feed his family. Bob was a mechanic at Tooele Army Depot for 20-plus years.

The sixth of eight children, Verlyn Smith Doyle, is the daughter of Arlow Adams and LaRue Anderson Dixon Smith. Growing up on a farm in Rupert, ID., Verlyn rode horses, fed and raised chickens, sold eggs in exchange for groceries, milked cows and worked early and hard. When she was eight, she learned to sew in the local 4H Club. In high school, she was in the pep club andchoir and played the saxophone. In 1961, she graduated from Minico High School.

Verlyn studied computers at UVSC in Orem and attended cosmetology school. For a time, Verlyn and Richard Shelton owned R & R Auto at the northeast corner of 400 East and State Street. A jack-of-all-trades, Verlyn was the office manager while Richard did repairs.

Bob and Verlyn met on a blind date at a drive-in movie in Salt Lake City. They married in Elko, NV., in 1963. This year marks 59 years of marriage. They have seven boys, including Terry, Tony, Eddy, Billy, John, Todd and Rocky, and 19 grandchildren. Although not done consciously, the couple has done a fantasticjob of passing on their sense of service and unconditional love to their children.