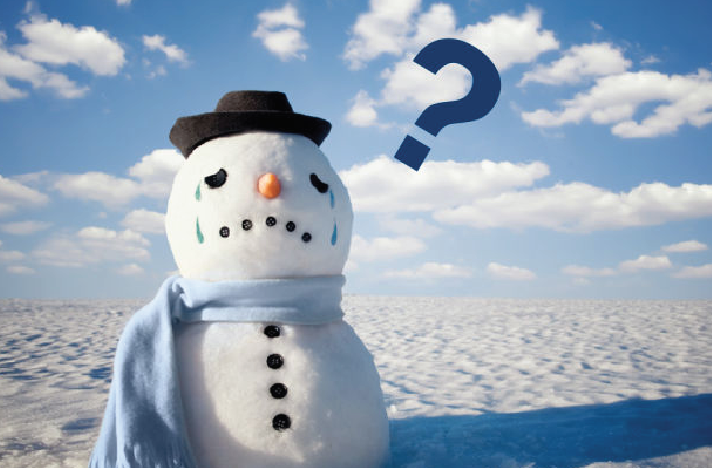 Feeling down in January may not just be post-holiday blues. It could be a form of depression known as Seasonal Affective Disorders or “SAD.” This is a diagnosis recently recognized by the American Psychiatric Association as a type of depression that has a very seasonal pattern. It causes people who have normal mental health throughout most of the year to experience depressive symptoms at the same time each year, most commonly in the winter months from November through February, due to shorter days and lack of sunlight.

The incidence of seasonal affective disorder increases in people who are living farther away from the equator. In the United States, it occurs in 1% to 10% of adults and is dependent on geographical location. Prevalence ranges from 1.4% in Florida to 9.9% in Alaska. Seasonal affective disorder is about four times more common in women than men, and also much more common in older adults. It is rarely seen in anyone under 20 years old.

Symptoms of winter SAD include oversleeping or difficulty waking up in the morning, decreased sex drive, and a tendency to over eat, often with a craving for carbohydrates leading to weight gain. Interestingly these symptoms may have been adaptive for us from an evolutionary perspective. Presumably, food was scarce during most of human prehistory, and a tendency toward excessive sleeping, increased weight gain, and decreased activity during the winter months would have been useful.

The preponderance of women with SAD suggests that the decreased sex drive associated with the disorder may have somehow regulated reproduction rates. It is well known that in many species, activity is diminished during the winter months in response to the reduction in available food, the reduction of sunlight, and the difficulties of surviving in cold weather. Hibernation is an extreme example, but even species that do not hibernate exhibit many changes in behavior during the winter.

Less sunlight triggers chemical changes in the brain that can lead to symptoms of depression. Although the body has natural daily rhythms, they are not fully precise and rely on the intensity of sunlight to provide adjusting cues. Sunlight increases the neurotransmitter serotonin, that is necessary for a sense of wellbeing; and regulates the hormone melatonin (melatonin increases in the winter months and is what causes people to want to sleep excessively.)

People who suffer from SAD often feel depressed and hopeless, they lose interest in activities, withdraw from social interaction, have difficulty with concentration or making decisions, and experience a general lack of energy and motivation. The most effective treatment for seasonal affective disorders is a combination of a brief course of cognitive behavioral psychotherapy; the use of a light therapy box; and antidepressant medication if needed. In June of 2006 the FDA approved the first drug to treat SAD. The drug is Wellbutrin XL (Bupropion HCL extended-release tablets), which is already approved to treat other depressive disorders.

Notice that the main difference in this treatment combination from other forms of depression is the use of light therapy. Since changes in sunlight exposure are the key problem in seasonal depression, sitting in front of a light box which emits the type of light that replicates sunshine can improve mood and relieve symptoms.

Although the light emitted by the sun appears to be white it is made up of the full spectrum of colors and blue light may be the most effective. To use a light box 1) Make sure the light box has an illumination factor of 10,000 lux (equivalent to a 300 watt halogen bulb); 2) Position the light box at eye level or higher; 3) Place the box about 2 feet away from your eyes; 4) Keep it at an angle to left or right of your eyes (about 2 o’clock or 10 o’clock) 5) Use the light box every morning for 20-60 minutes and be consistent.

There is no need for a prescription to buy these lights and they can be obtained easily on-line, however it’s best to talk with your health care provider about choosing and using a light therapy box. People who are taking photosensitive medications (lithium, melatonin, certain antibiotics, or acne medications) should consult their primary care doctor.

The continuing research on SAD shows that combining cognitive behavioral therapy with the use of a light box, being outside more frequently, and increasing exercise will produce the best results to reduce symptoms of winter depression.

Susan Mitchell is a Licesened Clinical Social Worker and can be reached at smitchell@ascendantclinics.com or (801) 872-5516.

Susan Says: How psychotherapy works to change your brain