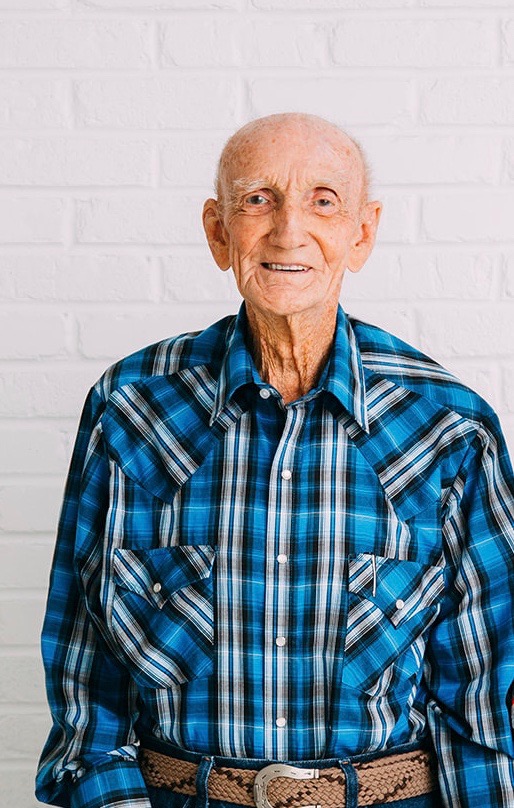 Hensen Jay Nielsen, husband, father, grandfather, and great-grandfather, passed away unexpectedly on Monday, June 15, 2020, at the age of 86. Jay was born May 3, 1934 to Burton Joseph and Ruby (Freeman) Nielsen in Pleasant Grove, Utah, the second of six children.

He grew up in Pleasant Grove, and he enjoyed going with his father as a sheep herder for many years.

On June 18, 1953, he married Edna Pearl Grace in Lehi, Utah, and their marriage was later solemnized in the Salt Lake Temple. They raised five children, Louise, Willie, LaRayne, Rachel, and Joseph. Jay worked at Dugway Proving Grounds and Tooele Army Depot for over 35 years. He retired from Tooele Army Depot due to back injuries. He then worked for the Alpine School District as a janitor at Shelly Elementary and Mountain Ridge Junior High. He retired from there after working for them for over 25 years. He served as a member of the Lehi Auxiliary Police for many years as well.

Jay was an active member of the Church of Jesus Christ of Latter-day Saints. He held many callings in the church, including scout leader, Sunday school secretary, counselor in the bishopric, stake mission presidency, and executive secretary. Jay loved riding horses, camping, hunting, and spending time with his kids and grandkids. While Willie and Louise were in high school, he had the opportunity to travel to Canada with the Lehi High School Marching Band, and he loved every minute of it.

After he retired, he helped raise many of his grandchildren. He taught all of the older grandchildren how to ride a horse and how to drive a four-wheeler. The family has many memories of him taking them on horse rides, and Jay would not let them be afraid of the horse. If they got bucked off, Jay told them to get back on.

Jay was preceded in death by his parents, and siblings, Geneal, Lee, and Janice. He is survived by his wife, Edna, children, Louise (Lee), Willie (Lynette), LaRayne, Rachel (Victor), and Joseph (Maren), and siblings, Kaye Carlson, and Brent Nielsen. Jay and Edna have 16 grandchildren and 13 great-grandchildren, with one on the way. A viewing will be held on Wednesday, June 24 from 10 a.m. to noon at Wing Mortuary, 118 East Main Street, Lehi. A graveside service will follow the viewing in the Lehi City Cemetery at 12:30 p.m.