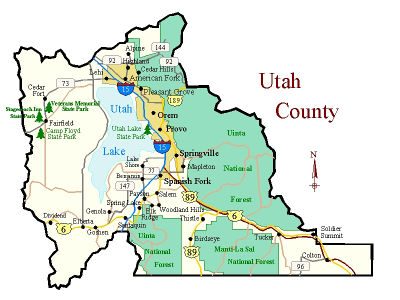 Alpine School District is the largest school district in Utah. It has over 80,000 students and nearly 10,000 employees. It has an annual budget that exceeds $600 million, and most of the property taxes we pay go to the District. But is the District accountable to us?

First, do you know who represents you on the District’s Board? Have you ever met them or spoken to them? If not, you’re not alone. Three of the seven members of the Board are running for re-election this year. One of them (Sara Hacken in Orem) has no one running against her, and the other two assume they are going to win, have refused to have any debates, and have engaged in almost no campaigning.

Second, the disconnect between Board members is a problem and growing rapidly. Right now, a member of our Board represents substantially more people than a member of our state legislature in the House. This has effectively inverted the notion of local government, making our State government more responsive than our local government. Furthermore, we have ten very large high schools in the District, but only seven board members, making it impossible for board members to know their local schools effectively.

Third, this disconnect has consequences. The most important is the inability to respond to local concerns or implement the big and bold changes necessary to move the District into the future. Consider the following:

Schools are dramatically overcrowded in Lehi, Saratoga Springs and Eagle Mountain, and new schools are needed. Still, the District just postponed a bond to build new schools because they thought voters in Orem would reject it.

The District is hiring a new Superintendent on October 27, or one week before the election, even though it is the most important decision the Board makes because they know there is zero chance that any one of the three candidates up for election will lose.

The obvious solution to most of the District’s problems is to split the District three ways so that each new District could better respond to Orem’s slow growth, the stable growth between Lindon and American Fork, and the rapid growth between Lehi and Eagle Mountain. Not one single candidate will even mention the topic, much less discuss it.

Six of the seven elected school board members were endorsed by the teacher’s union, effectively ensuring that the Board will never make a decision contrary to the employees’ wishes it is supposed to manage.

What can you do? First, learn the name of your school board member, and email or text them on the issues. Let them know that we need more accountability and local connection, and the only way that can happen is with a smaller school district. Second, if your board member isn’t responsive, then you need to run against them, or recruit and support a good candidate to run against them. Finally, you just read an article about how we can do better, which makes a difference.

Joel Wright has two children attending Alpine School District and completed a term on the Utah State School Board in 2019. He is a local attorney and lives in Cedar Hills.

Guest Opinion: Micron Utah VP: We all need to do our part