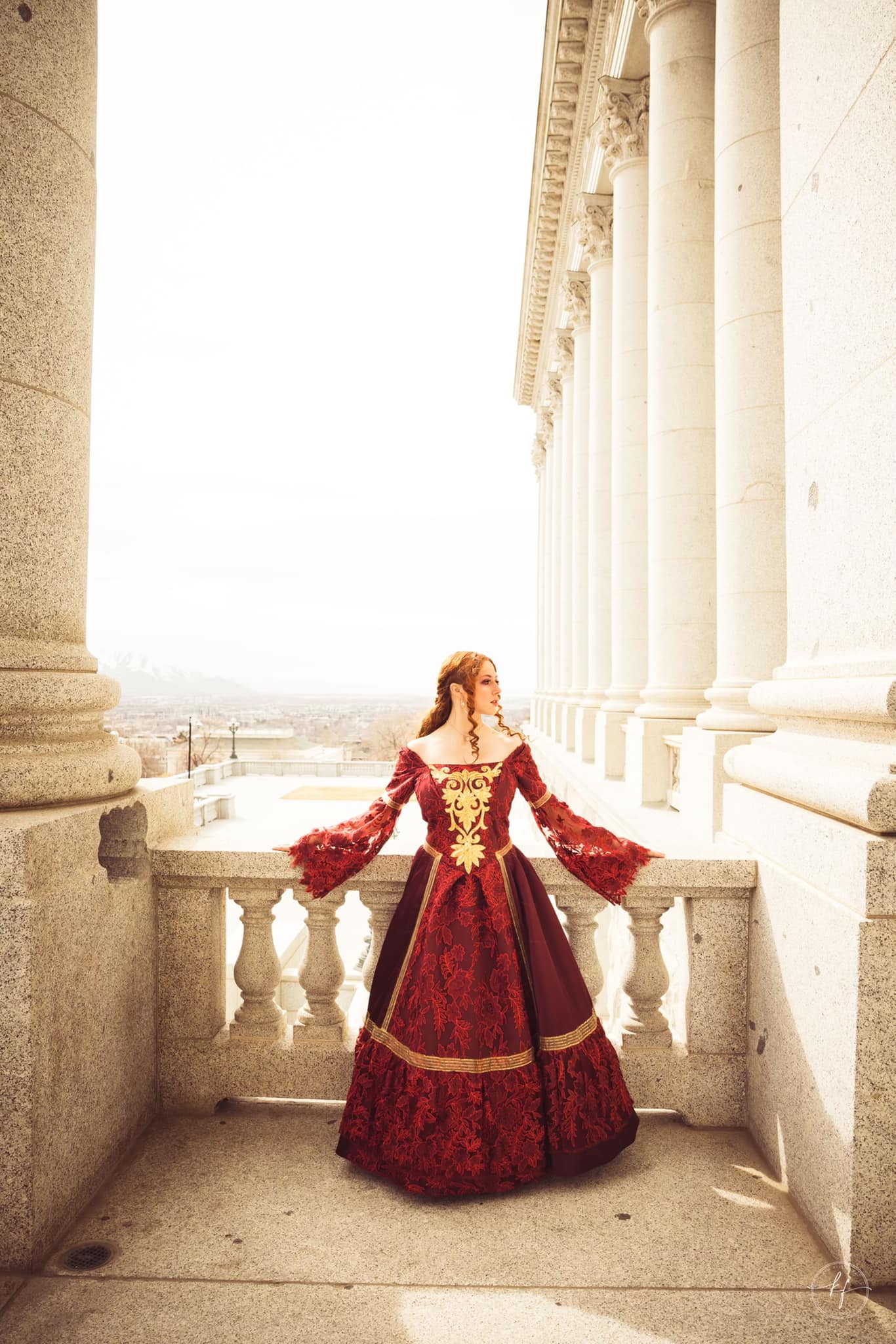 “The impossible dream isn’t so impossible anymore,” said Savannah Carrasco at the annual Utah High School Musical Theatre (UHSMT) Awards ceremony on Saturday, May 7, at Eccles Theatre in Salt Lake City. The Skyridge High School sophomore took home the award for Outstanding Actress for her portrayal of Dulcinea del Toboso in the SHS production of “Man of La Mancha” in January of this year.

Savannah will represent Utah at the National High School Musical Theatre Awards in New York City this June. She is one of fewer than 50 female performers who will compete as a finalist on Broadway this summer, out of the nearly 140,000 students who participated in the awards this school year. The Utah Festival Opera & Musical Theatre sponsors the scholarship program and awards, and Carrasco will receive a $1,000 scholarship with her win.

“Savannah gave a humanity to the role of Aldonza that allowed each person to relate to her character, to find themselves in her struggle, and to receive their own redemption through her journey,” said John Brown, Skyridge Theatre Department Director. “She is a wonderful performer, and her portrayal was nuanced and honest. Savannah is not only talented, but she is a truly dedicated actress.”

Savannah Carrasco’s parents, Michael and Colleen, have been acting in and directing community theater productions in Lehi for many years. “We’re all just on cloud nine still,” said Colleen Carrasco. “We do enough theater to know that roles come and go, but the role of Aldonza was so perfect for Savannah and perfect timing coming off the uncertainty of performing during the pandemic.”

“She is the reason I don’t wear shirts with buttons anymore!” said Michael Carrasco of his daughter who makes him burst with pride.

The night the UHSMT judge saw “Man of La Mancha” at Skyridge, Savannah had just recovered from an illness that affected her voice. “It was the most flawless performance I’d ever seen from her,” remembered Colleen.

“I remember John Brown asking us, ‘Why do you do theater?’ That was a question I’d never really thought about,” Savannah began her emotional acceptance speech at Eccles Theater. “Theater is everything. Theater is the soul, it’s the life.”Savannah will get to stay at the dorms at Julliard in New York City and get coaching from Broadway theater professionals before performing there.

The Skyridge cast of “Urinetown” performed on the Eccles stage and the trio orchestra of Gavin Webecke, Ella Petersen and Chip Brown won Best Orchestra. Ella Petersen learned to play a new instrument to be part of the orchestra. Skyridge Theatre was nominated for 13 awards at the annual UHSMT event.

“Watching these kids, who I love as my own, perform on a stage reserved only for the very best was an impossible dream. Though there were dozens of musicals nominated, the theme of Man of La Mancha carried the night, beginning with Michael Ballam’s encouraging ‘dare to dream’ and finishing with Savannah’s ‘the impossible dream isn’t so impossible anymore,’” said Heather Newall, whose son Elijah was part of the  “Urinetown” cast. “As our kids move upward and onward, I hope they will always hold tight to this moment, when they were the possible part of the impossible.”