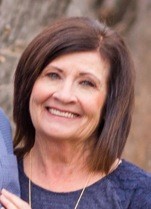 Carolyn Laney Cooper, 68, passed away peacefully at her home on March 14, 2019 from a long battle with cancer. Carolyn was born at the Lehi hospital on September 26, 1950. She enjoyed a happy childhood playing the piano, dancing, and playing at her grandparents’ farms. She was a high school cheerleader and known for her sense of style and big smile. Carolyn graduated from Lehi High School in 1968. She attended BYU and worked at Laney’s, her family’s store on Lehi Main Street.

Gary Alan Cooper asked Carolyn out on a date when she was a junior in high school. Enamored with his charm and good looks, she accepted, and they dated until they were married July 9,1970. They raised their family of six kids (5 boys and 1 girl) in the heart of Lehi and enjoyed attending family athletic events, rodeos, traveling, camping, four wheeling, and spending time at the family mountain.

Carolyn devoted her life to her family. She was famous for her Sunday dinners, family traditions, and sense of humor. She showed her love by cooking and sewing. She enjoyed serving family, friends, and church callings. She loved her Lehi community and her family more than anything, and it showed in the way she prioritized her life. She was proud of her family’s many accomplishments and the way they lived their lives. She collected friends, recipes, dolls, dishes, clocks, and grandchildren. She brought happiness to everyone that touched her life. She will be remembered for her unique, unmistakable laugh – no one could laugh like her. Carolyn’s laughter brought complete joy and filled any room or heart.