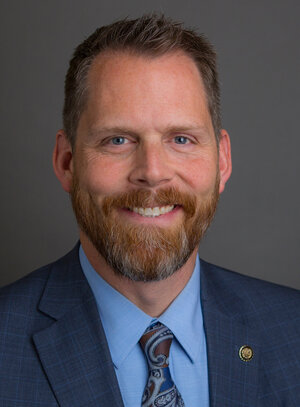 We live in a day of trials and difficulties. COVID-19 has unleashed an unprecedented wave of uncertainty within our society, our economy, and our individual health and well-being. As a State, we are faced with the decision between intervention to keep people safe but with the potential of ruining our economy or keeping the economy running with the potential of greater spread of the deadly virus.

We have seen the Governor issue his “stay home, stay safe” directive which allowed the Mayors of Salt Lake City and County to criminalize otherwise legal social and/or business activities. We have seen the Governor intervene within the rental market by issuing a governmental “no eviction” order. And most recently, we have seen a monitored travel order to track people moving throughout the State, which has since been rescinded. Many in the legislature are asking, “Do the governor and these mayors have the constitutional or statutory authority to enact such draconian orders?”

These actions and orders demonstrate an overreach of executive powers, both at the State and local jurisdiction levels. And I believe we (the legislature) must guard jealously the separation of powers by counteracting or modifying some of these executive orders.

The question raised by James Madison in the Federalist paper 51 is how do we guard against the very people who were created to guard us, and the problem of keeping a government with limited powers, limited to those powers over time? Madison’s concerns are more poignant today, especially in the light of these difficult circumstances.

The legislature has determined that a Special Session is required to convene to modify, extend, or repeal some of these executive orders. In doing so, we will jealously guard against the too frequent exercise of executive overreach. Many will say that the legislature’s intervention over local orders is the opposite of local control. I don’t disagree.

The difficulty is finding the balance between governmental intervention and harming the economy for the long term. Approximately 80% of our economy is comprised of small businesses that employ less than 50 people. In the last three weeks, we have seen over 75 thousand unemployment claims at the Department of Workforce Services. This is a tremendous increase compared with the previous three weeks of about 1,800 claims. Most of these small employers have already laid off their workforce, and many of these will never recover.

As I have tried to find the balance between governmental intervention which may have the effect of destroying our economy and working to flatten the curve to not overwhelm our healthcare system, I believe we have gone too far in certain respects. Some of the actions taken by the Governor need to be drawn back, and most of the actions taken by the Mayors of Salt Lake City and County need to be repealed. To not do so presents risks that could have a much longer negative impact than the virus might cause. I for one will work for a balance between the two actions.