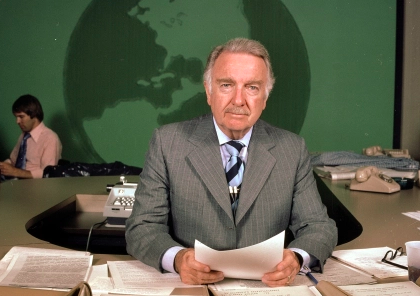 The late Geral Wilde, debate coach at Lehi High School, always admonished his debaters to make sure the information used in debates, orations, extemporaneous speeches, etc., was from original sources and verified by at least two other references. As a debater at the time, I remember vividly waiting for the Congressional Record to become available when researching our debate topic.

My debate partner and sister, Ann, and I would race to State Street Drug to obtain the latest U.S. News and World Report or Newsweek magazines to find the latest information from the most reliable sources. Each evening, we watched Walter Cronkite and David Brinkley for news updates. They were considered objective, honest, and trustworthy in their reporting.

In college, I was introduced to other points of view and ideas that were troubling but was always able to analyze what I had heard and read and, to my satisfaction, discover what I deemed “the truth.”

As a teacher, my goal was to help students develop critical thinking skills to evaluate books, essays, and other writing to ascertain what was true. Sometimes the discussions were lively and entertaining. I distinctly remember a student in an advanced class question the “River God” theory relating to Huckleberry Finn. I loved to see my students question ideas that I would throw out to them. Often, they were much more insightful and analytical critics than I was. They were committed to learning “truth.”

In the early 70s, a colleague read Paul Ehrlich’s book The Population Bomb. The book predicted famine and other crises related to increased population. The book said the demise of the planet was imminent if we did not control the population. My friend and her husband decided against having children. None of the predictions in the book have been realized.

One of the most satisfying experiences I have had was teaching students at UVSC (UVU). I taught both English 1010 and 2010. In the 2010 research writing class, students would select a topic of interest and write a single source and multiple source paper on the subject. The process of discovering truth was evident in all their efforts. One student wrote:

“Researching this paper has been a two-fold eye-opener. It explained the recurring dream, in particular, that I have had for many years. It has also helped me understand and give meaning to the nightly dreams I have on a regular basis in the context of my daily life.

From both my personal experiences and the research I have done for this paper, I have become convinced that dreams are a window into that most complex and fascinating world, the subconscious. I also believe that they offer great potential, when understood, for self-healing, self-empowering, and self-awareness. It’s heady stuff! (Diane E. Stewart)”

Today, the quest for truth is sometimes frustrating and discouraging. With the millions of pages

of internet information, sorting through all that is written is a daunting task. The truth dilemma became even more frustrating as I tried to determine the side effects of COVID-19 vaccinations. I had the virus back in November. I got my first Moderna vaccination after 90 days but felt somewhat uneasy about the second shot after reading several doctors’ analyses. One doctor wrote that two shots were unnecessary; one wrote that the wait time between shots was better if it was six weeks rather than three. One doctor reported that blood clots could develop. All the while, scientists felt two shots were good and necessary. To this day, I’m not sure where the “truth” really is.

Where can one go to find truth? Agenda-driven corporate tycoons control old reliable sources like U.S. News and World Report and Newsweek. Newscasters are opinionated and strident in their views. Settled science is not settled. Old tactics like analysis, synthesis, and critical thinking are passe’. It is a worrisome thing not to know where to go or who to believe. It is no wonder there are rising numbers of disillusioned, discouraged and depressed citizens.

Where is Mr. Wilde when I need him?