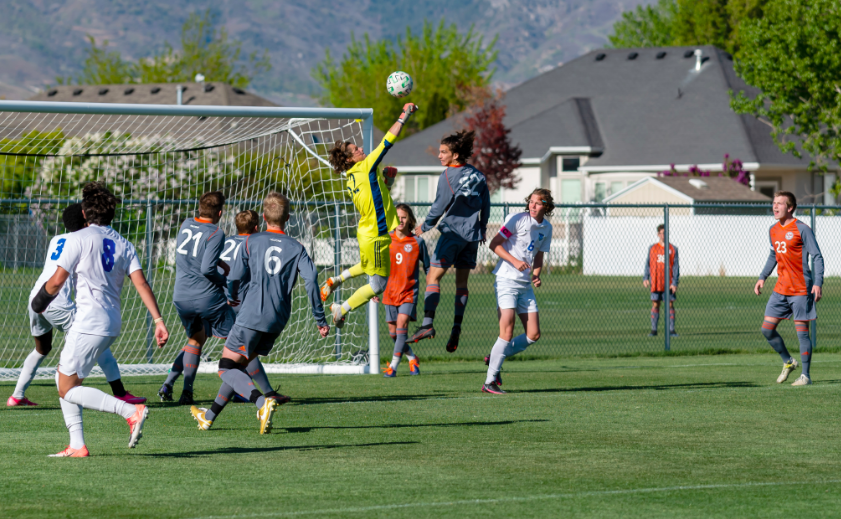 The Skyridge boys soccer team lost their bid for the 6A title on Friday in perhaps the most painful way of all – a slight turn of the foot at the end of a shootout.

There’s no getting around the fact that this is going to hurt for a long time. But there’s another fact to consider which will eventually allow the players to have a proper sense of perspective on their accomplishments during the season as well as in this final contest.

The truth is, from the Weber side of the ball, the Falcons should never even have been in this match in the first place.

I don’t mean that they didn’t earn the right to play for the title. Skyridge was ranked near the top of the state all season and deservedly so. The Falcons finished second in the final 6A RPI rankings and defeated the teams ranked #7 and #3 to reach the championship match.

What I do mean is that they were playing against an undefeated, once-in-a-generation dream team which by all rights should have been able to walk away with an easy victory. But they didn’t.

To illustrate my point, let’s look at just a few numbers. The Warriors tallied 16 shutouts in their 19 matches. They gave up exactly two goals during the entire regular season and the playoffs up until the final.

Skyridge scored on them once during the game and three more times during the shootout – or double the number of goals Weber yielded in their other 18 contests put together, even though the penalty kicks won’t count against their final total. That’s impressive.

Across the entire season, the Warriors averaged more than 10 shots on goal per match out of the 18 or so they took. In the title contest, they took 22 shots with just two being on goal, not counting the shootout. That says something about the Falcon defense.

Weber scored on about one-quarter of their total tries, a very high number for soccer, and the average score of their matches was 2.5-0.

Not only did Skyridge register a goal against them first, but the Falcons also had the lead twice during the shootout. The Warriors weren’t challenged like this all year.

Of course, none of this will take away the sting of how it all ended. Still, it’s important that the school and community recognize what a superlative season this was for the Falcons, and what a valiant effort they made trying to earn that gold trophy.

In time, the players and coaching staff will see it too.

Opinion: Youth asks “Where will I live?”