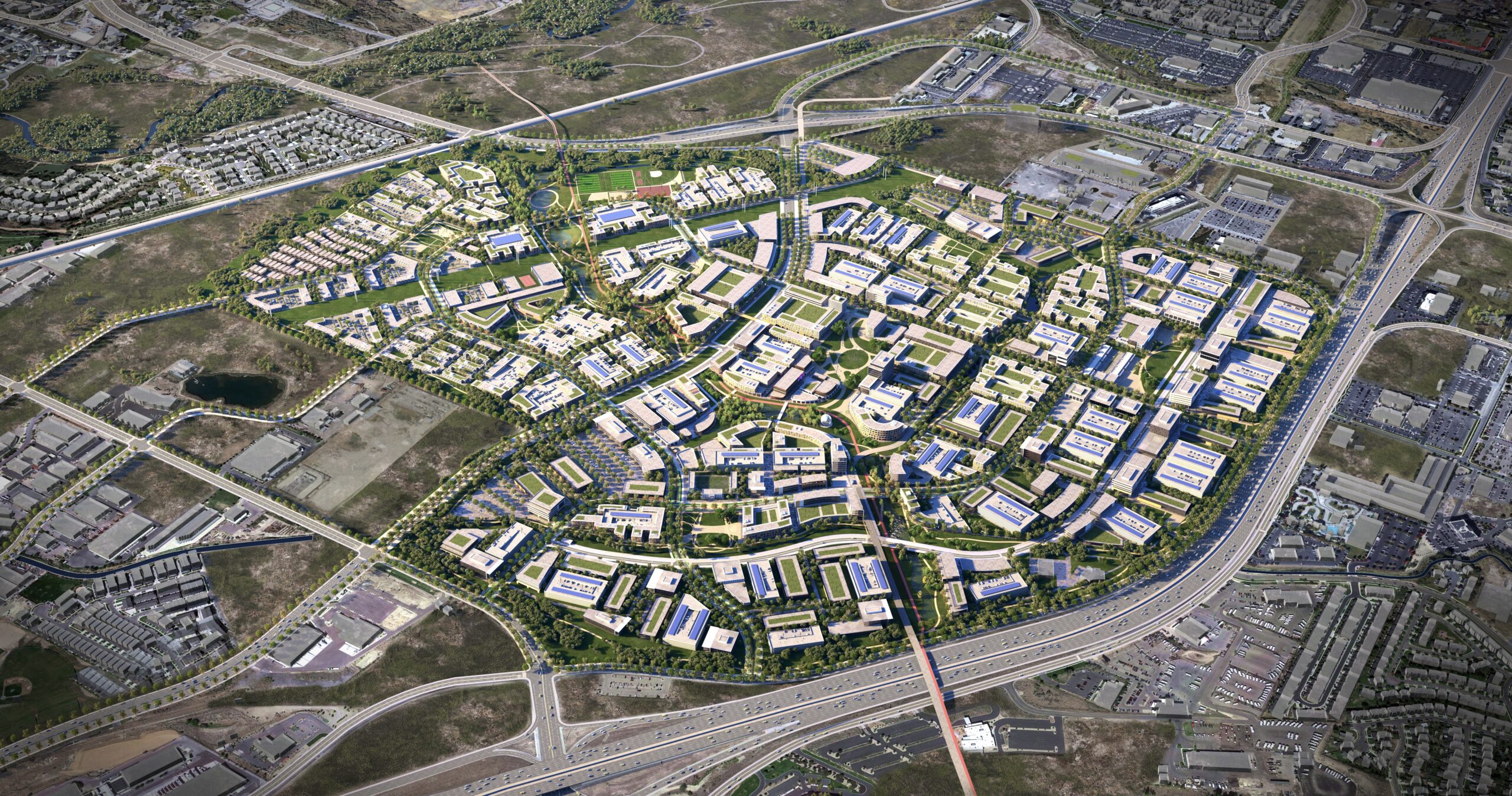 When Governor Herbert announced plans to move the Utah State Prison to a new site north and west of Salt Lake City, citizens were excited to be involved in the development of thestate-owned, 600- acre parcel. Families dreamed of ball fields, maybe even a major league stadium, large parks and recreation areas. They didn’t dream of multi-unit family apartments, office buildings, and commercial development.

The Point of the Mountain State Land Authority hired Urban planner Skidmore, Owings and Merrill to create something “Uniquely Utah.” Various input meetings were held to receive input from citizens. At one meeting held at the Loveland Aquarium, several local citizens interested in the plans sat through about 1 ½ hours of slides showing what the planners had envisioned. After the meeting, one attendee, an older woman, stood and exclaimed to the roughly 30 people in attendance, “Is that all there is?” She was clearly disappointed in the preliminary plans.

A survey conducted in October of 2020 revealed the majority of those who responded felt trails, parks were most important, followed with transit, shops and entertainment venues. According to the survey, the least important development was housing and offices (see graphs). At the end of the survey, respondents added open-ended statements. Over 18,000 added comments were recorded. Here is a sampling: 1. “For the love of humanity and our planet itself, we have to eliminate/minimize high density housing that has become the norm in the southern end of the valley. Our infrastructure is not equipped. Our air quality is affected and the “quality of life” you hope to promote for future families, well, you’re affecting it for current families. And if you’re aiming to be “nationally recognized-be bolder than this. Go green, be sustainable, allow more green space than the average developer, plant more trees, consider the environment and the people will recognize your efforts. It’s time for a change. Minimize high density housing!”2. “Please, please, please, no more apartments!!! There are plenty surrounding the point on the east and west side.”3. “Please create a development that does not resemble the mess in Lehi. Plan appropriately for traffic flow into and out of the area before new development is allowed. Please consider the educational needs of the new population and plan accordingly by reserving land for schools. The taxpayers are paying to move the prison and should benefit from that investment. The land should be used for a large regional park sports complex and a college or university, not just housing, offices, and retail.”4. “Don’t turn it into a “district” or mountain view shopping center. We have enough strip malls and fast- food joints. How about a beautiful green area like Central Park? I’m from New York. Oh yeah, I forgot Utah’s credo: Greed is good.”

The Kem C. Gardner Policy Institute prepared a policy brief in February of this year. The results of the analysis report: “The Framework Plan (the plan in the graphic) will span 24 years from 2026-2048. The development plan is for 7,400 residential units and allocates 8.5 million square feet of space for office, retail, civic, and an “innovation center” that will focus on research and development.

Of the 600 acres, roughly 142.5 acres will be open space or parks. This acreage includes the area around the Jordan River and some trails, neighborhood parks, District Park and River to Range Park. There is a Central Park in the middle of the development that is 6 acres in size (roughly the size of Wines Park.) There is one area reserved for an elementary school.

One could only conclude from the Framework Plan being the one considered that the citizens of Salt Lake and Utah Counties are going to be disappointed in the result.

In my view, the current plan could only be considered a missed opportunity for creating a legacy for current residents and for generations to come.