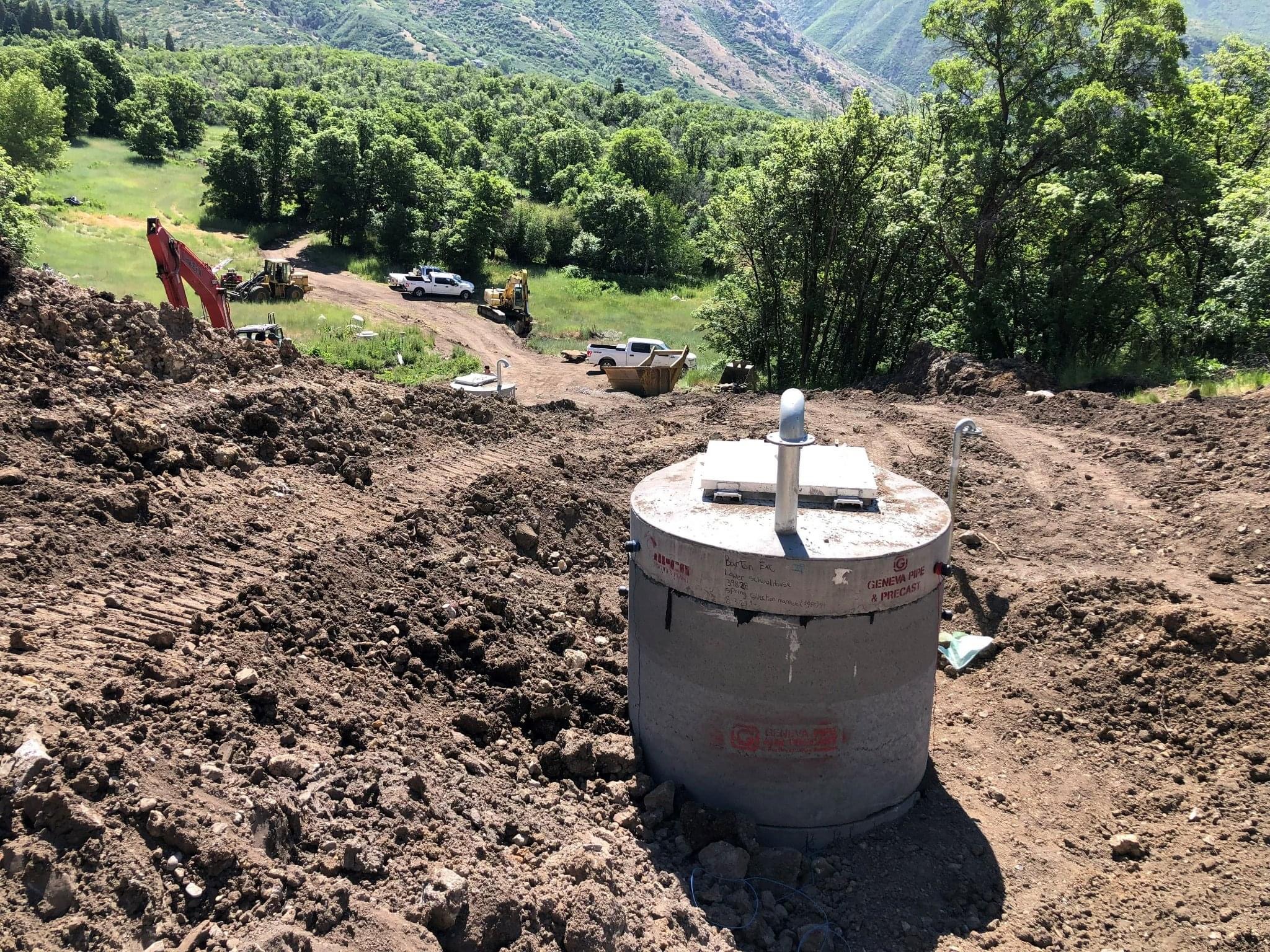 Obtaining water for culinary and irrigation purposes has always been challenging for Lehi. In 1907, about 50 years after Lehi was settled, the Lehi Centennial Club determined that Lehi needed a more reliable culinary water source. Surface wells and ditch water were the only available water, and locals knew that water from both sources could carry contagious diseases. This group of civic-minded citizens was determined to find better water for Lehi.

The area around Alpine had several natural springs. Engineer Richard R. Lyman designed plans to develop School House Springs. Lehi, Alpine, and American Fork participated in the plans. American Fork opted out because they wanted their ownwater sources, and Alpine, a very small settlement at the time,was anxious to work with Lehi to develop the springs.

For a $3,000 payment to Alpine, Lehi purchased four-fifths of the water from the spring. In 1909, the Commercial Club met with Lehi City officials to obtain approval for the water purchase. The price of the water eventually cost Lehi City $53,000. The City sold Utah County Light and Power stock shares to meet the financial obligation of the bond to purchase and develop the springs.

In early March of 1909, under the direction of engineer Lyman with W.S. Evans supervising, the installation of the collection system and pipeline commenced. It was a difficult and time-consuming project. At Moyle’s Hill in Alpine, a weir split the water into five-sixths for Lehi and one-sixth for Alpine. By late summer, Lehi had more than enough water to quench the thirst of the Lehi citizens. (Lehi, Portraits of Lehi Town, by Richard Van Wagoner.)

Fast forward eighty years. The School House, Pig Trough, and other springs Lehi had purchased in 1909 were part of a civic dispute involving Mayor Ken Greenwood of Lehi and Mayor Don Watkins of Alpine. The land surrounding the spring was being used as recreational land by residents of Alpine. The water sources were being negatively impacted by campers and others who were polluting the water. The property surrounding the springs belonged to the Moyle family. Alpine and Lehi officials joined to buy the Moyle land. Alpine wanted the property for camping and parks, but the water was being compromised by the activity surrounding the pipeline, weir, and water collecting station.

Mayor Greenwood worked out a compromise with Mayor Watkins to limit overnight use of the park space. The compromise did not work. After weeks of haggling, Lehi filed a lawsuit against Alpine to control access to the land around the springs. The FBI was even called in to help protect Lehi’s interest in the water supply. In 2003, the judgment was entered in Lehi’s favor. Lehi had total control of the property to protect the water quality and supply. Lehi also bought out Alpine’s share of the property for double the amount paid to the Moyle family. Since that 2003 judgment, there have been no incidents.

Today, Lehi citizens enjoy millions of gallons of water produced by the springs in Alpine because of the actions of city leaders who understood the necessity of good water and pursued ways to acquire this precious commodity. We each owe a debt of gratitude to those with the foresight, tenacity, and good sense to fight for Lehi’s citizens.