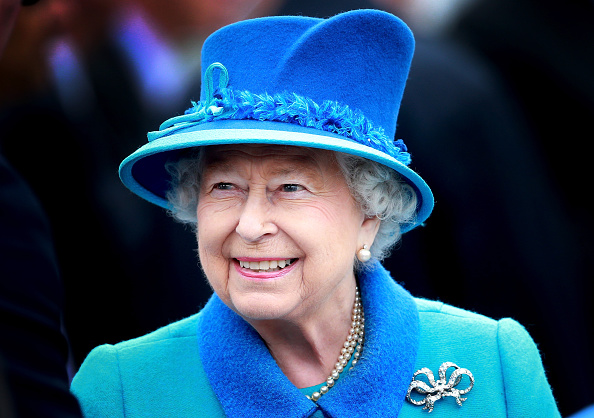 It has taken a bit of time for most of us to absorb the reality of the death of Queen Elizabeth II of Great Britain. After all, she has been the queen there longer than the vast majority of the world’s population has been alive.

Her relevance as a government official was marginal in the United States, but not to the millions of Britons and citizens in other Commonwealth countries who still recognized her as head of state.

Beyond that, there are also many more millions in the countries that were formerly part of the British Empire who received their national independence during her watch, a policy which she actively encouraged. It is also said she had a pivotal behind-the-scenes role in ending apartheid in South Africa.

Whatever we may think of monarchy and its irrelevance in the republics and democracies of today, Queen Elizabeth’s longevity and high profile over the seven decades of her reign left an indelible stamp upon the world as we know it.

I would also argue that she provided a positive example that leaders of any kind would still do well to emulate.

Elizabeth was born to privilege but not to power. As the daughter of the younger brother of the heir to the throne, her parents envisioned a relatively quiet life of service for her.

All of that changed overnight when Edward VIII abdicated in 1936 to marry the twice-divorced Wallis Simpson, thus avertinga Constitutional crisis. This seems laughable now given Charles and his history, but at the time it was very serious business.

That brought Elizabeth’s reluctant father to the throne as King George VI, a role for which he had never been trained and did not want, and it thrust Elizabeth suddenly into the limelight at the age of 10 as the presumptive heir to the throne.

Despite this inauspicious start, the king – who suffered from a speech impediment and was naturally shy – and his British queen set about to rehabilitate the monarchy in the eyes of the people. He endeared himself to them by being seen to suffer the privations of World War II along with ordinary Britons.

He remained in residence at Buckingham Palace even though it was bombed nine times during the war and refused to send his daughters to safety in Canada along with many of their privileged peers, although the girls did join the thousands of British children evacuated from London to the countryside.

Elizabeth addressed those exiles by radio in 1940 at age 14, trying to encourage them and lift their spirits and thus beginning a lifetime of dedication to doing just that for the citizens of her country.

Not many Americans realize that Elizabeth was a military veteran of World War II, having served as a driver and mechanic in the Auxiliary Territorial Service (the women’s branch of the British Army) after she turned 18. Throughout her life she epitomized what it means to do your duty no matter what.

In a broadcast made on the occasion of her 21st birthday, Elizabeth said, “I declare before you all that my whole life, whether it be long or short, shall be devoted to your service and the service of our great imperial family to which we all belong.”

That was her creed, and she lived it to the day she died.

In her public roles, she demonstrated intelligence, humility, warmth, humor, compassion and grace under pressure. She earned a reputation for integrity and did not shy away from declaring her faith in an increasingly secular society while recognizing the validity of other religious traditions.

And you have to love a queen who would agree to a cameo in a short film to open the London Olympics inspired by one of her nation’s most famous movie franchises (James Bond, in case you missed it).

She later appeared in a sketch with Paddington Bear, lead character in a well-known series of children’s stories. She was a patron for hundreds of charities and a very visible supporter of the arts and industries of her country.

However, despite the pomp and privilege accorded to her position, Elizabeth’s life was hardly a fairy tale. The changes in Britain’s status in the world and society in general during the span of her reign are mind-boggling to contemplate.

Besides that, the relentless attention of the tabloid press, especially during the very public disgraces of so many members of her family and the criticism she received for her initialreaction to the death of Princess Diana must have been well-nighunendurable at times.

Yet, the self-restraint that marked her public presence throughout her life never cracked. She didn’t lash out in speeches full of poisonous and provocative invective, nor abuse her powers to destroy the lives of others or to line her own pockets at others’ expense.

As so ably taught by her parents before her, she also adapted her style as a ruler to the manifest needs of the times and her subjects, often having to go against her natural inclinations to do so. She was a calm and steady voice in times of crisis and always spoke optimistically about the future.

In short, Elizabeth was a consummate statesman, not a self-serving politician or a self-important pedant. We could all use a little more of that kind of character in our leaders right about now.