Mayoral debate highlights difference in viewpoint between Wilson and Johnson 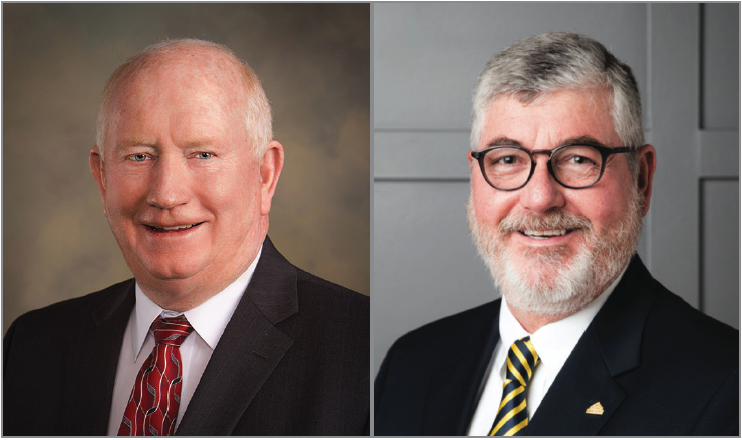 On October 25, Lehi Free Press and Lehi Area Chamber of Commerce sponsored the final candidate meeting of this voting season. The event was hosted by the Traverse Mountain Home Owners Association.

Each city council candidate had several minutes to express their views and encourage those in attendance to consider voting for them. Chris Condie said, “I love Lehi and want to make a difference in what happens to Lehi.” Bailey Holmes stated, “I am a lifetime resident of Lehi and I love this city. I want to make sure decisions are made in a thoughtful, fiscally responsible way.” Paul Hancock followed with, “School issues got me involved. I have lived here for 11 years and feel local elections are very important.”

Utah State Senator and Legislator Jake Anderegg spoke to the audience and presented facts about the improvements to I-15. He said, “There will be major improvements to I-15 starting next year and they will continue until 2021. Lehi will pass Orem in population in 8 years. There is tremendous potential for good and bad. We need someone who has a vision for Lehi.”

Bert Wilson, incumbent mayoral candidate, and Mark Johnson took the floor to answer questions developed by a citizens committee. The debate is summarized in the following transcript.

Wilks: “Lehi is the 11th fastest growing city in the country, with a $200 million budget that continues to expand, is 20 hours a week adequate to manage a budget and staff of this size?” (Currently the Mayor of Lehi is not a full-time position.)

Johnson: “There is a lot of work to be done. A part-time mayor job can be done, but you need the right staff.”

Wilks: “Has it come time look at a different form of government?”

Johnson: “We could use more council members.

Wilks: “Since the residents overwhelmingly opposed the RAP tax and the $50 million parks bond, what ideas do you have to help with park development immediately?”

Johnson: “We don’t need to dump a lot of money into parks. We need parks, but we can do it cheaper. I would bring back volunteers to help with parks. Discovery Park in Pleasant Grove was done with companies and businesses helping with the funding. Volunteers help maintain it.”

Wilks: “What about Peck Park?”

Wilson: “It is a dust bowl and empty. Wind blows dust into homes. There are no plans for Peck Park. It is a matter of money. We will build it step by step.”

Wilson: “We are talking a lot of money. No soccer club could afford to do that. There were legal issues just getting the park. I didn’t want to finish it until we owned the property.”

Johnson: “We know it could have been done in a cost- efficient way.”

Wilks: “With the growth of Silicon Slopes and our business development climate, what makes you uniquely qualified to lead our city into its high- tech future?”

Wilson: “We have learned a lot of things about growth. The infrastructure has grown with the city. We have upgraded power and water. We can maintain it right now. Who would have known we would have experienced this kind of growth. We have been able to take care of infrastructure. I have been a banker my whole life. I am a good budgeter.”

Johnson: “I have 38 years in the engineering and design field. For 23 years I have worked with municipalities. I know how to help get along with other entities. I understand how things work. I know several legislators. The state is interested in Lehi and I can work with the state.”

Wilks: “Name three things you would do to increase efficiency In Lehi City government.”

Johnson: “I believe it takes planning—planning for the 50 -year cycle. There is another model that is better for Lehi. Instead of offering business incentives, we may have to construct roads. We should have special assessment areas.”

Wilson: “We are doing well right now. We are working with a lot of money but is its pass-through money. We hold pretty tight. We have a new fire station in Traverse Mountain. We are working on roads. We don’t have any luxury in our budget.”

Johnson: “Planning and engineering departments need to be improved. The interchange at IMFlash and Center Street is going to be a problem. We have had bad planning in the past.”

Wilks: “Bert, as mayor over the last eight years and Mark, as a former city council member and planning commission member what do you look to as your greatest success?”

Wilson: “We have a splash pad, skate park, and many other family oriented activities to strengthen families.”

Johnson: “When I was on the city council we aside land for the east-west corridor (Pioneer Crossing). We also created new zone designation to preserve open space, the VLDR and LDR. Zoning.”

In speaking with attendees, most felt that they did not change their mind on who to vote for after the debate. In fact, it solidified in their minds the decision they had already made. A full video of the debate can be found on Lehi Free Press’s Facebook page.