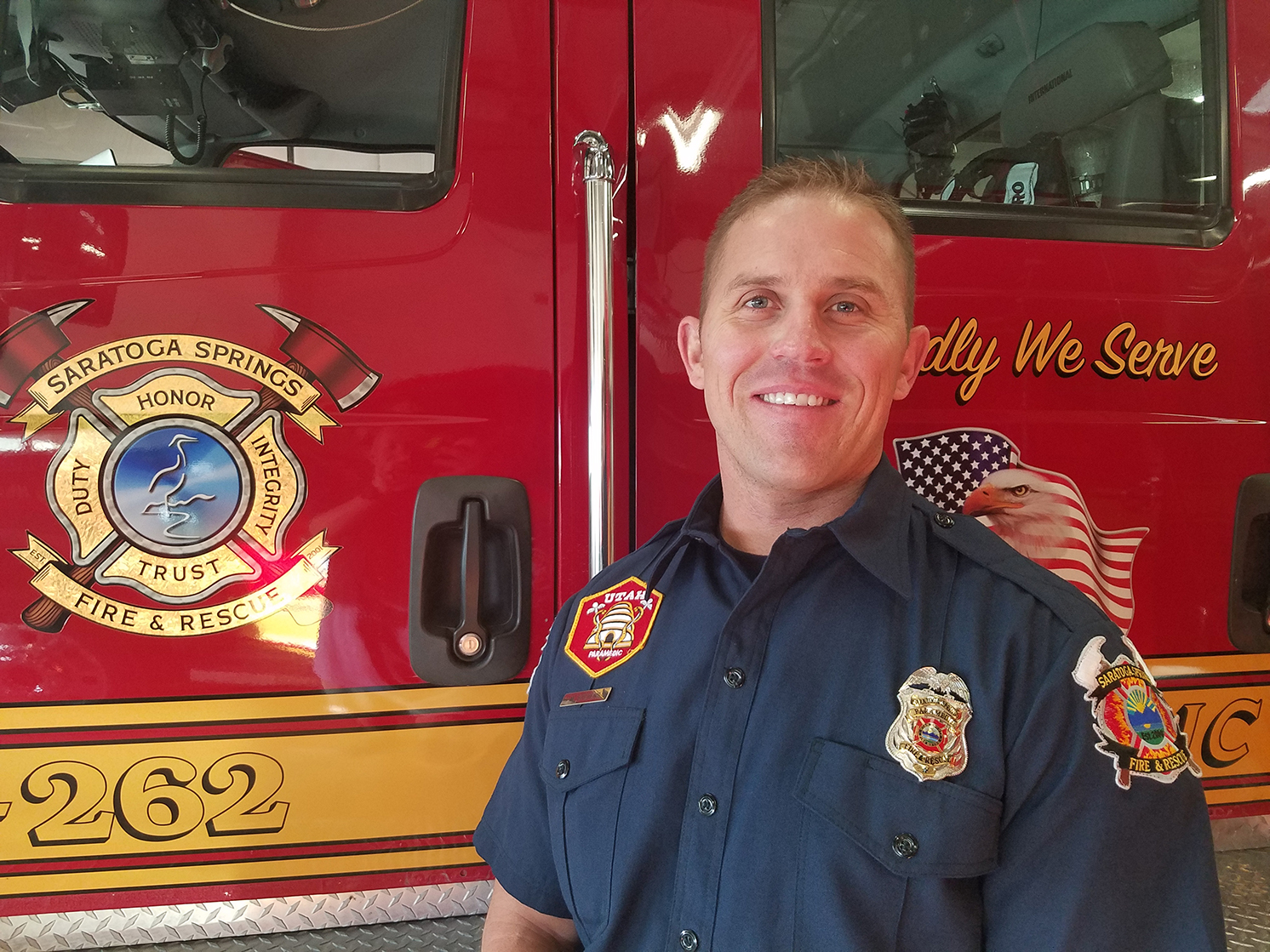 EMS Steward of the Community award to be presented

Mike Stevens of Lehi Fire Department has been named as the 2019 recipient of the “EMS Steward of the Community” by Mountain Point Medical Center.

The third week in May is celebrated as National EMS Week across the U.S. and has been since 1974 when coined by President Gerald Ford.  It’s a week to recognize those who go “Beyond the Call” in local communities for the important work they do on the front lines.

Across the Wasatch Front, Steward Hospitals including Mountain Point Medical Center in Lehi are preparing to host the “EMS Stewards of the Community” awards. Each Utah Steward Hospital received several nominations for EMS providers who go above and beyond.

Mike Stevens works full-time for Lehi Fire Department and part-time for Saratoga Springs Fire Department. He received nominations for the “EMS Stewards of the Community” Award from his Captain in Lehi and his Chief in Saratoga. According to Mountain Point Medical Center CEO Kent Loosle, “Mike is described as having a strong work ethic, and a strong dedication to improving patient care. He has proven time and time again that he has the ability to perform critical procedures in high-stress environments with confidence and the level of skill to ensure the procedures result in a positive outcome.”

The nomination continued, saying, along with being an outstanding paramedic, Mike has proven to be an excellent mentor sharing freely his knowledge and expertise with others. “As a mentor, Mike shows patience when teaching and counseling both new and experienced paramedics helping to instill in them a sense of confidence. He brings out the best in those he teaches,” added Loosle. Mike has also taken on other roles at the Lehi Fire Department, where he further serves the community. He has taken the lead in organizing the department’s honor guard and plays an integral role in the department’s physical fitness committee. One of Mike’s greatest passions is spearheading the Lehi department’s Sub for Santa program. Each year, under Mike’s direction, the program provides Christmas for several less fortunate families in the community. Mike will be honored on May 21st at Rio Tinto Stadium.