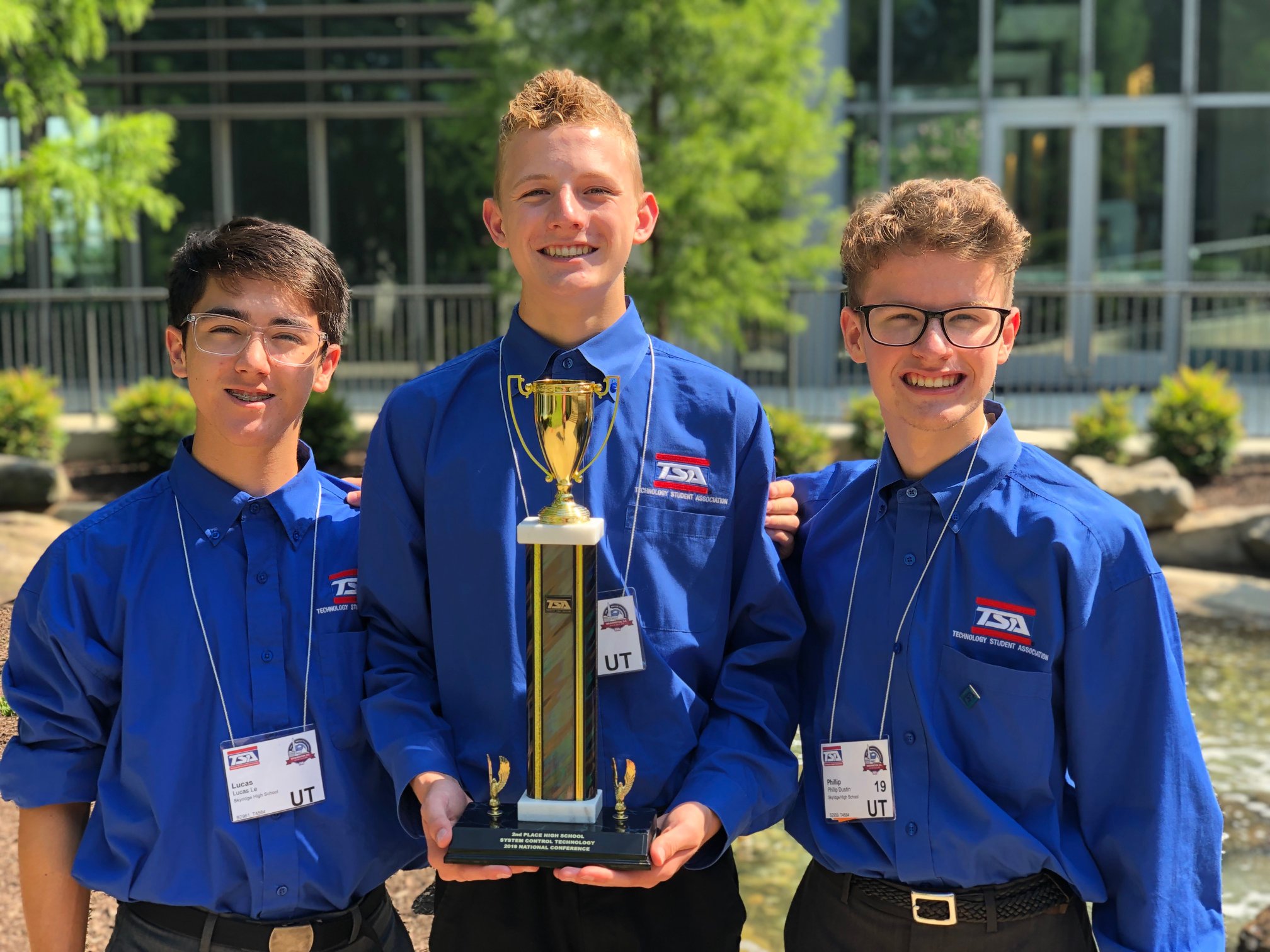 The Technology Student Association is a national organization of students engaged in science, technology, engineering, and mathematics. The organization’s goal is to support educators, parents, and business leaders who believe in the need for a technologically literate society. There are more than 250,000 members of TSA in middle and high school across the United States. All 50 states sent their winning TSA teams to the annual national competition.

For the System Control Technology challenge at the state and national TSA competition, teams of three work on-site to develop a computer-controlled model-solution to a problem, typically one from an industrial setting. They don’t find out their assignment until they get to the competition. Teams analyze the problem, build a computer-controlled mechanical model, program the model, explain the program and mechanical features of the model-solution, and write instructions for evaluators to operate the device. The challenge at the 2019 national competition was to design and build an oil leak detection system for rigs out in the middle of the ocean. Le, Metcalf, and Dustin used Lego EV3 to build their detection robot. “This is a high-stakes testing environment, no one was allowed in or out during the competition,” said David Ludwig, TSA Advisor for Skyridge High School.

“During the competition, we were trying our best to manage our time because at the state competition we were finishing code in the last ten seconds of the build time. We didn’t want to get stuck in that situation again!” said Kyle Metcalf.

“When we were planning the design, we were all throwing out ideas with the mindset of quantity over quality so we could pick the best solutions and try and look at every angle of the problem,” continued Metcalf. “It wasn’t a perfect idea, but we ended up making a lot of changes along the way.”

“It’s a very rapid competition. You have to come prepared with a ton of strategy and experience because there are dozens of design decisions to make and problems to solve in that short, hectic time span. It wouldn’t have been possible without my teammates. They had the aptitude and tenacity that we needed to finish with flying colors,” added Phillip Dustin. Ludwig worked with the team during the school year and for the first month of summer to help them prepare for the competition. The young men also had Lego parties and practiced programming at their homes as well. “This is really advanced stuff even though we’re using toys,” said Ludwig.

LHS Broadcast News team second in the nation at SkillsUSA