LHS Broadcast News team second in the nation at SkillsUSA 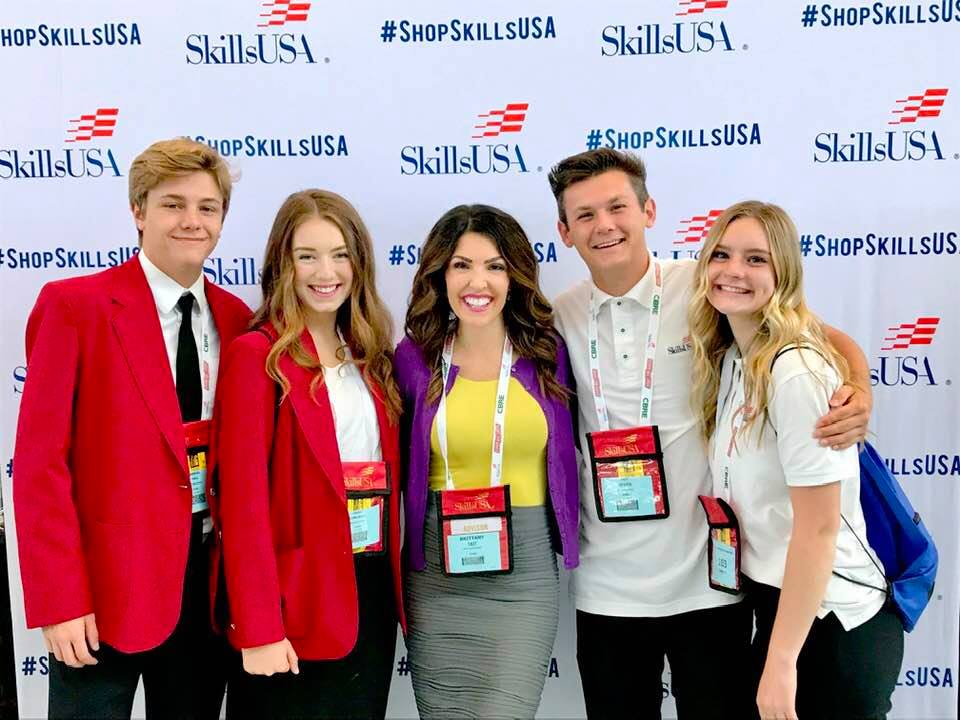 SkillsUSA is a national membership association serving middle school, high school, and college students who are preparing for careers in trade, technical, and skilled service occupations. Their mission is to help members become world-class workers, leaders, and responsible American citizens. At the SkillsUSA Championships, more than 6,000 students compete in 100 occupational and leadership skill areas. SkillsUSA is recognized by the U.S. Department of Education as a successful model of employer-driven youth development training.

The Broadcast News Production contest at SkillsUSA consists of a four-member team; two news anchors, a floor director, and a team director/technical director. The team has two hours to write and produce their rundown before contest time. Then they produce and complete a three-minute newscast as if it were live. The teams are evaluated on their broadcast writing ability, voice quality, diction, timing and pacing, and performance techniques.

“They have to know how to consume news. They can’t duplicate a newscast unless they understand current events. I’m always asking them if a news story is trying to persuade or educate,” explained Brittany Tait, Lehi High School SkillsUSA Club Advisor. Tait would give the team 20 stories trending locally, nationally, and internationally. They would put the stories in order of importance, write the copy for the anchors to read, and have mock broadcasts to practice for the state and then the national competition. “I’m so impressed with them! They were meeting on their lunch breaks, during their summer vacation. It’s awesome that they cared enough to put in so much time and effort,” continued Tait.

“Placing second was unreal. There is just something so magical about watching hard work pay off. It was truly a unifying experience to be able to represent Utah on a national stage,” said Ellie Hart, Floor Director for the LHS SkillsUSA Broadcast News Production Team. Hart was the eyes and ears for the two news anchors. She gave them hand signals to keep them on point and their show on time.

“Starting from the bottom, working hard, and then seeing it all pay off at nationals in front of 10,000 people is something I’ll never forget. I learned, made life-long friends, and had experiences I’ll never forget. Thank you to my team and Brittany Tait!” said Grace Lundwall, Producer/Anchor for the LHS team. Lundwall “stacked the show” by determining the newsworthiness of the stories and wrote the scripts with her co-anchor, Gabe Hall.

The Lehi High School SkillsUSA team competed at nationals with schools that have a full-time broadcasting class and million-dollar studios. “They won on sheer talent, knowledge, and technique. I watched their live rehearsal and got chills – I knew they would medal,” remembered Brittany Tait. “If we give these students knowledge and push them, they will blow us away every time. They’re so capable.”