Opinion: What I miss about old Lehi 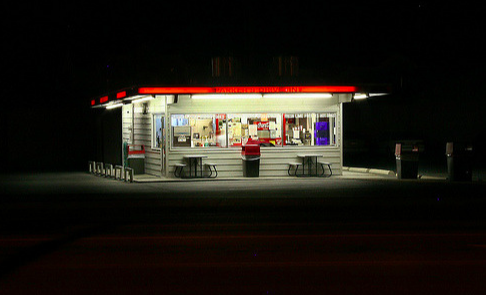 “Don’t be a boob,” I can hear my dad saying. Mom would say, “This too, will pass.” I know these trite but typical responses have been said before and will continue to be an explanation for events then and now, but I still miss certain things every single day.

For 55 years, during the summer, I would open my bedroom windows at night and fall asleep listening to crickets, and an occasional train clickety clacking down the tracks about a block from my house. Today I hear construction noises, diesel trucks, motorcycles, fire and police sirens.

I miss the fields in back of our house filled with monarch butterflies in the late summer and early fall. I also miss the croaking of frogs as they splashed amid the cattails in the irrigation ditch. I miss the smell of new mown hay after a summer rain. I miss black nights when all that could be seen is an occasional lightning strike in the distance.

I miss going to Parkers Drive Inn in American Fork for a hamburger, fries and a coke. I miss pizza at Purple Pig Pizza Parlor just off State Street and I miss the chicken- on -a- bun at Lehi Café.

I miss the Gift-A-Rama at Christmas time when local merchants would give shoppers a ticket for every dollar spent. The tickets would be deposited in a huge drum and on the last Saturday before Christmas, citizens would gather at the bank as names were drawn for prizes like T.V.’s, groceries, gift certificates, etc. etc. One happy shopper lugged home a red portable T.V. that she won during the event. It was a very memorable event!

I also miss the fact that everybody knew everybody. Acts of kindness, generosity, and love abounded; not because it was an “act of service” but because everybody just took care of each other.

Life is different now and because I am an old fuddy duddy, I just tell my kids and grandkids, “Now don’t be a boob about it, because this too shall pass.”

Opinion: My current cause, “Old is Gold”

Opinion: Anderegg: Back to School, High School Sports, and a Vacuum of Leadership