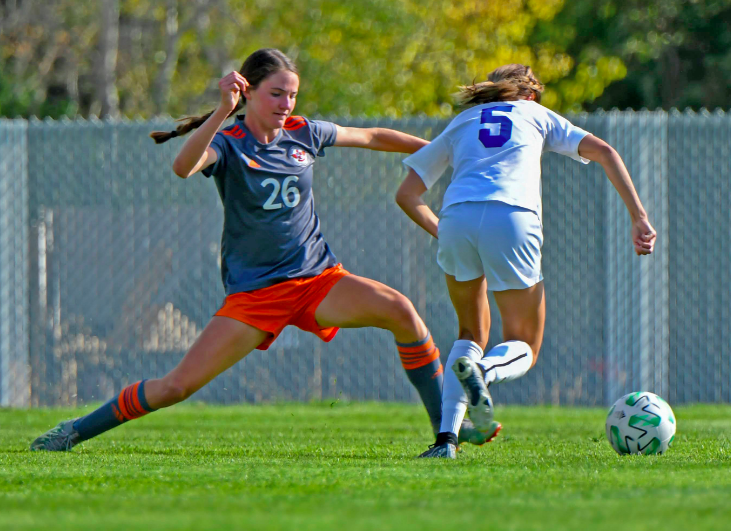 The Skyridge girls soccer team defeated Westlake 1-0 in overtime on the road Sep. 15 but fell to American Fork 4-0 at home in Region 4 action as the league season continues.

Against the Thunder, the squads dueled even through the entire stretch of regulation play without either team finding the net.

It hadn’t gone very far into the first overtime when the outcome was settled in favor of the Falcons by a golden goal from junior Emily Auman in the 84th minute off a corner kick.

Junior keeper Haley Ellis once again kept her team in the game as she worked to preserve the shutout and was big on defense throughout the contest.

“This was another big win for us in region play,” said Coach Jerry Preisendorf. “Emily played a great game all round and helped us pull this one out.”

The Falcons weren’t able to carry the momentum over when they played host to the league-leading Cavemen.

“We were hoping that the win would take us to another level as we started to go through the region schedule again,” the coach said. “But, that was short lived. We lost to American Fork again, not really giving them a battle.

“We have to get going again with some must wins against Corner Canyon and Lone Peak this coming week,” Preisendorf concluded.