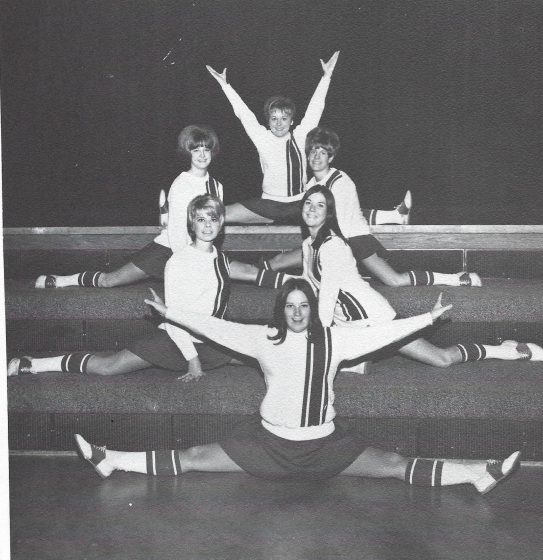 With the demolition of the last original section of Lehi High School this year, memories of those by-gone days brought a flood of emotion to those who graduated 50 years ago. Because of this year’s global pandemic, the fifty-year class reunion was unfortunately canceled.

The senior class was led by Marvin Smith, Max Powell and Caroline Fox. The class produced doctors, nurses, lawyers, professors, farmers, musicians, teachers, blue-collar workers and many moms and dads. Some would stay local, others moved far away, but with Lehi High as the common bond, class members stayed close and in-touch.

Administrators Dale Price and Jim Crittenden ran a tight ship, and students knew what lines should not be crossed. Some were slow learners. The senior hop theme was “A Time For Us.” The girls gym was transformed into an enchanting venue, with twisted strands of pink and orange crepe paper and a castle backdrop.

The faculty was the best. Mrs. Whittaker and Miss Fox were loved. Brother Hakes was admired. Mr. Memmott was feared and respected. Mr. Day and Mr. Harding were light-hearted and fun, to name just a few. Lunchroom ladies like Hazel Ault and Maxine Harris, and custodians like Reed Carson and Glen Trane, were appreciated and did excellent work.

Back then, few students had cars, and the parking lot had plenty of space. Owning or having access to a Mustang, GTO (The Judge), Camaro, Firebird, Charger, or Roadrunner was a pipe dream for almost everyone. The Lunchroom had great food, but many days students opted to walk a couple of blocks to Dan’s Drive-in on Main Street, where you could purchase a taco, fry, and a Coke for 50 cents.

After school or after games, a run to the HiSpot or Parker’s Arctic Circle in American Fork was more about who was in the parking lot than what was on the menu. Radio stations, KOVO, KCPX, and KRSP played hit songs like American Woman, Let it Be, Bridge Over Troubled Water, and Sugar, Sugar. Groups like The Doors, The Guess Who, The Dooby Brothers, Simon and Garfunkel, John Denver and Johnny Cash topped the charts.

Girls wore dresses to school, including mini-skirts, ruffled blouses, go-go boots, (thanks Twiggy), granny gowns, bell bottoms, Adler socks in their shoes and wiglets in their hair. Boys wore Levi’s 501 jeans with frayed hems and cowboy boots, Pendleton shirts, Nehru jackets and Elsha cologne. These trendy items could be purchased at Devey’s or Chipman’s in AF, or you could make a trip to Provo and shop at Clark’s or Castleton’s. Broadbent’s or Power’s store in Lehi were good local options. For those who had more means, a coveted and highly anticipated trip to Salt Lake City meant you could go to Baker’s Shoes, ZCMI, Auerbach’s, The Chalk Garden or The Paris.

Football and basketball games and wrestling matches brought class members together as teams gave their all, and the student body cheered them on. It was the place to be on a Friday night. Everyone knew each other’s names, where they lived, and what they did and didn’t like to do.

The Lehi High School Class of 1970 included 126 graduates. Sadly, 17 members have already “graduated” from this life and are truly missed. It almost seems like yesterday. Where do the good times go? Life was so much easier fifty years ago.