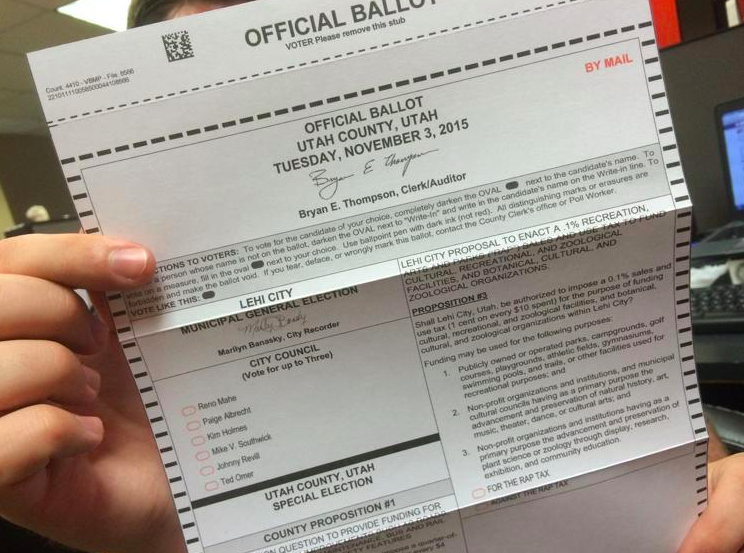 After months of discussion, on Tuesday, April 13, the Lehi City Council voted unanimously to add a recreation, arts and park (RAP) tax to the November ballot.

The RAP tax is a 1/10th of 1% sales tax on all Lehi purchases eligible for sales tax. The tax increase to consumers would be an additional $1 for every $1,000 spent. Voters previously rejected a RAP tax in 2015.

The Council expressed their favorability to the tax because nearly all surrounding cities have implemented a similar tax, and residents are already paying it when patronizing businesses in neighboring cities like American Fork or the Orem mall.

“To Katie’s [Koivisto] point, we are spending this everywhere else in all these other cities,” continued Hancock.

Utah County cities with the most significant RAP tax revenues are Orem, with annual revenue of $2,431,357, Provo with $1,491,389 and American Fork, with $1,296,876. Dean Lundell, Finance Director for Lehi City, previously projected Lehi would collect between $1.3 and $1.5 million annually. The tax has a 10-year sunset clause and must be renewed by voters.

Lundell also noted that the City would have the ability to bond against the future tax revenue for an estimated $7.5 to $8 million. The 2022 City budget presented on Tuesday includes $5 million in bonding for phase one of the Mellor Rhodes sports complex.

According to Utah Law, a city may use a RAP tax for a broad list of recreational, cultural, or zoological facilities and programs that benefit the City. Municipalities may also grant funds to community organizations offering recreation or arts programs.

“I just hope we can convince the City (citizens) to do it,” said Councilman Mike Southwick.

“We need to be careful not just to put it in one place, [we need] to spread it around town for everyone to benefit,” replied Mayor Mark Johnson. Johnson also has requested the tax be rebranded under the name PARC for parks, arts, recreation and culture.

The motion to send it to the ballot was made by Councilman Chris Condie and seconded by Councilwoman Katie Koivisto.

The City is now required to notify Utah County to add the tax question to the November General Election ballot.