Opinion: Mom and the Olympics 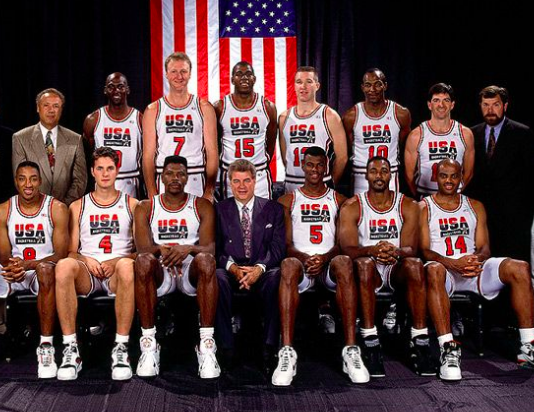 Every two years, for as long as I can remember, we sat as a family and watched the Olympics on television. Mom didn’t care if it was the summer or winter games; we would all catch the fever and look forward to the worldwide competition with anticipation and excitement.

Mom always cheered for the USA athletes, but in the 1976 Olympics held in Montreal, we all cheered for a petite 14-year-old gymnast named Nadia Comaneci from Romania. I remember Mom literally jumping up and down when the announcer said she had received a “perfect 10” in her gymnastics routine. This feat was the first time a gymnast had ever received a perfect score. Nadia became a household name, as did her coach, Bela Karolyi.

We also learned to appreciate the skating skills of Dorothy Hamill. In fact, my sister, Ann, had her hair cut in the iconic Dorothy Hamill style. We also loved the grace and athleticism of Peggy Fleming and watched in horror the antics of Tonya Harding. We all cheered when Scotty Hamilton performed a somersault in his ice- skating routine.

My brother, John, remembers vividly when George Foreman won the gold medal in heavyweight boxing and walked around the ring waving a small American flag. “He won my mom’s heart,” said John. Another significant Olympic accomplishment that influenced my brother and his career was when Bob Beamon won the long jump.

“He broke the existing world record by an unbelievable 22 inches, 29 ft and 2.39 inches. I was so inspired I wrote a paper about it as a PE major at the University of Utah. Watching the Olympics with Mom fostered my interest and fascination with athletic performance,” said John.

My brother Bill remembers the summer of 1964 during the Olympics in Tokyo. “Mom and I were watching the 10,000- meter race. We were sitting on the couch and listened as American Billy Mills (a Sioux Native American) ran the 10,000 meters. The race seemed to go on forever. Lap after lap, they ran. They even had to turn on the stadium lights as the race neared the finish. Mills was right up in the front with Ron Clarke from Australia and the world record holder Gamoudi from Tunisia. Suddenly, on the last lap, Clarke bumped Mills, and the American almost went off the track! Mom was furious. She was shouting at the TV and jumped up off the couch in anger. Then, Billy Mills came from third place and began to sprint toward the tape. The announcer was shouting, ‘look at Mills, look at Mills,’ and the other announcer was kind of stunned and couldn’t believe what was happening.

“Mom was jumping up and down yelling, ‘Go Mills, Go Mills…Run!’ Billy Mills zoomed past Clarke and Gamoudi and won the race. It was the biggest upset in Olympic history, and Mom and I were hugging and crying for America’s fabulous Billy Mills.”

Probably the most memorable Olympics for our entire family was in 1992 and the appearance of the 1992 USA Men’s Basketball Team. Mom’s enthusiasm could hardly be contained. The basketball team members were David Robinson, Patrick Ewing, Larry Bird, Scottie Pippin, Michael Jordan, Clyde Drexler, Karl Malone, John Stockton, Chris Mullin, Charles Barkley, Magic Johnson, and Christian Laettner. Life stopped when the “Dream Team” played, and when our beloved Utah Jazz players were in the game, the intensity mounted. Oh, how we loved Stockton and Malone!

Mom often wrote in her column about the Olympics. “I’m really glad through radio and television our young people can observe young men and women who have sacrificed many hours, days, months, and years, who have given up fun and games to achieve their Olympic dreams,” said Betty, in a “You Better Believe it,” column.

When Utah was pursuing the opportunity to host our own Winter Olympics, Mom wrote, “Utah could not buy at any price the kind of advertising that it would get from hosting a successful winter Olympics—in terms of dollars and image for years to come.” Unfortunately, Mom didn’t see the fruition of that dream. She would have been, and perhaps was, on cloud nine observing the success of the 2002 Salt Lake City Winter Olympics.

For the next two weeks, Tokyo, Japan, will host the Summer Olympic Games. Utahns have much to cheer for as three University of Utah gymnasts, Mykayla Skinner, Grace McCallum and Kara Eaker, will represent us as part of the USA gymnastics team. I know where I will be during most of the next two weeks–sitting in front of the TV watching, cheering, and hoping our USA athletes make us proud.