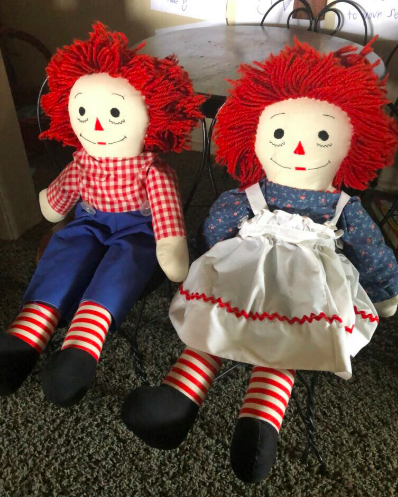 Every teacher knows them. The dreamers. They’re the kids who come into class, sit in their seats and look bored with just about everything going on. They seldom talk to anyone and doodle or play with any object they can find–elastics, gum, paper, paper clips, fidgets, etc.

As a teacher, I always found the dreamers in my class a challenge. I wanted them to find something in the class they could do. Typically, these students didn’t like to read, and their least favorite activity was writing, but occasionally something would spark their interest, and I would try to key into that interest.

Jody (name changed) was one such student. She was quiet and reserved and sat uninvolved in what was going on. One day, I happened to go to a local boutique and started a conversation with the shop owner. As we talked, I happily discovered that the shop owner was the mother of my daydreaming student. The mother confessed that her daughter really did hate school but loved to bake and do crafts. She showed me some of the adorable stuffed dolls and bears that her daughter made for sale in the shop. I was amazed at the intricacy of her work and the creative flare Jody had. My eyes were opened to a whole new student that came to my class each day.

As the end of the semester loomed, Jody’s scores were abysmal. I didn’t want to fail her, but there seemed no other recourse. I called Jody to my desk, and we talked about options. I told her I had seen her handiwork at her mother’s shop. Immediately, her eyes lit up. “I will make you some Raggedy Ann and Andy dolls if you will pass me.” Being the pushover I was, I agreed.

On the day before the end of the semester, Jody brought the dolls in to have me “grade.” I was delighted with her work and her changed attitude. Many years later, I ran into Jody. She had graduated from a culinary arts school in California, studied in France for several years and was now head pastry chef at the Bellagio Hotel in Las Vegas. She was confident, successful, and appreciative.

Another dreamer was Debbie (name changed). I was Debbie’s counselor at a local junior high school. As a 7th grader, she ran into my office and asked me if I was her counselor. I asked her last name and said, “yes, I am.”

“Can you help me become a lawyer or doctor?” she said. “I also want to go to Harvard, Brown, Sarah Lawrence, or Stanford.” I couldn’t help but chuckle at the enthusiasm and determination. Amazingly, it worked out that I was her counselor for all six years of junior and senior high school. She applied for and was accepted to all the schools she wanted to attend as a dreaming 7th grader. Finances prohibited her from going back east, but the University of Utah offered her a scholarship she could not turn down. She finished law school in record time and is now a district judge. She was a dreamer extraordinaire!

Boys are dreamers too. Often, they are the hard ones to teach. They don’t just “sit there.” They usually find disruptive things to do like make paper airplanes, harass nearby female students, making animal noises while your back is turned, or removing the screws in their desks or chairs. I had two boys in an 8th grade English class that fit this description. “Dan and Joe” were an English teacher’s nightmare. One day, I walked to the parking lot after school to find my car would not start. The two boy students were in the parking lot and laughed at my dilemma.

I wanted to box their ears. Finally, one came over and asked if he could try and start my car. “Are you kidding!?” I thought. Finally, I capitulated. The young man showed me how to raise my hood, and we both looked inside. “Do you have jumper cables?” he asked. “I don’t know,” I said. We looked in the trunk, and sure enough, there were some jumper cables. The boys went into the school, found a male teacher and had him drive his car next to mine. The boys and teacher connected the cables to my car. My car started, and I made it home only slightly annoyed, but I viewed those two boys in a whole different light. They were mechanical geniuses.

Many years later, I learned that the two had moved to Arizona and opened a diesel mechanics shop. They were successful and prosperous.

I have come to appreciate the dreamers. I have often thought about opening a school just for dreamers called “Dreamers Academy,” but, of course, this is only a dream!

Opinion: Mom and the Olympics

Opinion: The greatest things about America happen at the ballpark