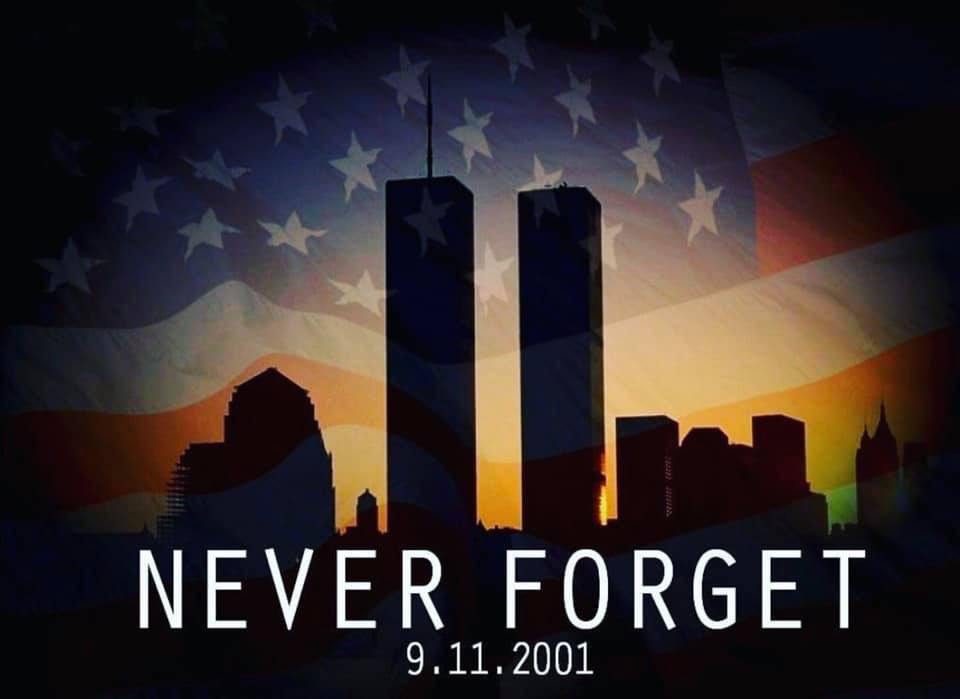 It doesn’t seem possible that it’s been 20 years since the unthinkable happened – the United States was the target of a precisely-planned, well-executed and devastating terrorist attack on its own soil.

According to the Congressional Record and other contemporary sources quoted in Wikipedia, “The attacks resulted in 2,977 fatalities, (more than) 25,000 injuries, and substantial long-term health consequences, in addition to at least $10 billion in infrastructure and property damage.

“It remains the deadliest terrorist attack in human history and the single deadliest incident for firefighters and law enforcement officers in the history of the United States, with 340 and 72 killed, respectively.”

Heroes on the fourth aircraft saved the death toll and destruction from being even worse as they caused the plane they were on to crash in the Pennsylvania countryside instead of into whatever the other intended target was – probably the White House or the U.S. Capitol building.

The economic fallout from the attack also triggered a worldwide recession. It took years to recover from that, but there was no recovery from the damage to the American psyche.

This event, referred to ever since simply as 9/11 – with the date deliberately chosen as a bizarre parody of our nationwide emergency phone number – destroyed forever our confidence that we could win friends around the world simply by being kind and handing out financial or humanitarian support.

Additional casualties included the reputations of the almost two billion – nearly one-quarter of the world’s population –adherents to the religion claimed by those who launched the attack.

I spent seven years in the Middle East, and I can personally testify that the vast majority of the followers of Islam are no more like Osama bin Laden than most of us are like Timothy McVeigh, the Oklahoma City bomber.

Yet, many in our country remain fearful of anyone who looks or sounds like they come from that part of the world. Muslims who live here, including those who are American citizens, are stereotyped and vilified in the media and continue to be the target of hate crimes.

We are now receiving refugees fleeing the takeover of Afghanistan by the Taliban – more of the type of extremists who give ordinary Muslims a bad name. Some of those refugees willend up in Utah, and I certainly hope we treat them better than some who have preceded them. The fact that they are running away from the self-proclaimed Islamic purists should be proof enough that they have little in common with those who now control their homeland. It’s also no exaggeration that their lives were in danger had they stayed, as events in the country have clearly demonstrated.

Although related tensions already existed before the United States was even a nation, questions about immigration policy have continued to be a political battleground in recent years.

It would be well for all of us to remember, regardless of our cultural heritage, that our country and our society were createdby refugees.

Whether people came to escape economic woes, political turmoil, religious persecution or for any other reason, they came because America offered them the best hope for making a better life.

It still does. And those of us who are already here shouldn’t begrudge others the same chance that we, or someone in our family tree, had to work toward that ever-bright dream of American citizenship.

The most fitting tribute to those who lost their lives on 9/11 as well as those who died during our 20-year involvement in Afghanistan would be for all of us, individually and collectively, to inch a little closer to living up to and defending without apology the ideals upon which our nation was conceived and has thrived for so long: That every person has the right to life, liberty and the pursuit of happiness.

Opinion: Let’s carry on as those we honored at Lehi Heritage Day