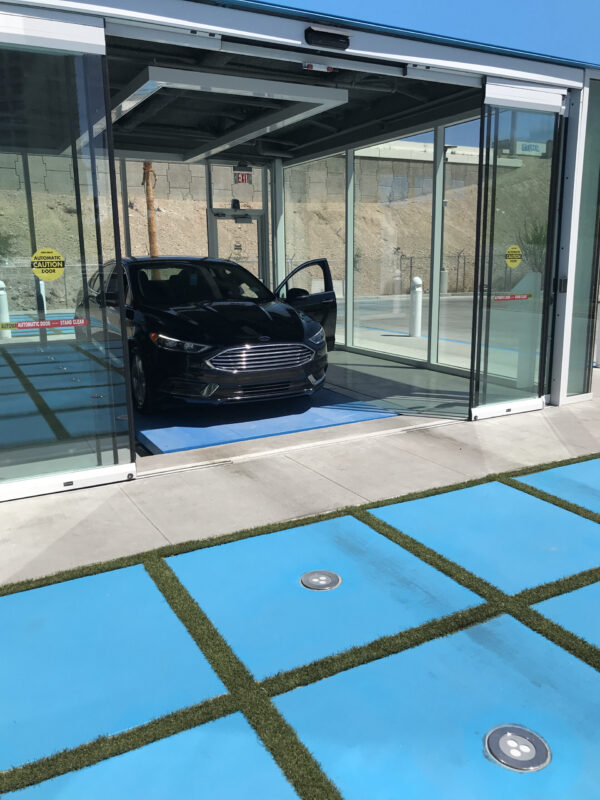 My early childhood in Indianapolis was pretty cool. The memories of fireflies, for instance. Is there a more magical bug to grow up around? I don’t think so. I remember the smell of glue paste wafting through the halls of PS91, my elementary school. The fact that the name of my school was “Public School 91” is something I’m actually proud of. None of this “George Washington Elementary” stuff. My school was the 91st school in Indianapolis.

Another Indiana-specific memory is Choc-ola. Choc-ola was a canned chocolate milk drink that came in a six-pack. For many years it held a special place in the hearts of Hoosiers. One day my mom returned from the grocery store with a six-pack of this deliciousness. My dad was busy adjusting our black and white RCA Victor television set. I sat down with my Choc-ola, shook it up, popped the lid, and watched Neil Armstrong make a giant leap on the moon.

Mixed in with these memories of my Indianapolis childhood is the voice of Bob Catterson, owner of Indy’s Bob Catterson Buick dealership. Bob had one of those voices made for selling cars, especially for selling his cars through broadcasting. As an impressionable kid, I thought Mr. Clean was God, and Bob Catterson was a member of my extended family. He had a deep, self-assured, authoritative, cigar-rich voice that caused our hardwood floors to rumble a little when he delivered his signature slogan, “Nobody but nobody will sell you a car like Bob Catterson….noooooo body.”

Fifty years later, the Bob Cattersons of the world are as much a thing of the past as Choc-ola, and that RCA Victor television from which we watched astronauts land on the moon. And although nostalgically speaking, that’s a little sad, there can be good things that come from new ways of doing things.

I had a vague memory of hearing about Carvana and their car vending machines. I thought the concept was intriguing. Really? Like a Coke machine for cars, where you put a coin in, push and button, and out comes your car?

I heard Lehi was getting a Carvana vending machine, and I decided to take a look. But when I searched online last Spring, I found that it was planned but not yet built. But while I was searching, I came across the Carvana website and did a quick search. Over 13,000 cars appeared in my first search. By selecting features I preferred, I narrowed the search down to roughly 2,000. From there, I dug deeper with finance options until I had a batch of a hundred cars to choose from. I kept refining and found five cars I would be happy with.

Now here’s where my Bob Catterson story might finally make sense. I’m sure I’m not alone in my experience with high-pressure dealerships. Yes, Bob sure seemed like a family member to 6-year-old me, but I’m sure my dad (who was an installment loan bank officer at the time) knew a lot of Bob Cattersons who did an excellent job of getting people to come into the dealerships, but who were not actually in the dealership.

Once on the lot, there was no Bob Catterson. Car shoppers were met by an eager salesperson with an overdue house payment and whose sales quotas were down from last month. It was at this point in my Carvana search that the thought came to my mind, “I’m going to click the ‘next’ button and get a call from an eager salesperson.” I clicked the button. No call came.

Instead, I navigated my way through a seamless process that led to a conversation with “Customer Advocate,” who was super friendly, low-key, and seemed more interested in getting me the right financing for my budget than in knowing “what can I do to get you into this car today?” Within a couple of days, I had chosen the car I wanted and was ready to pick up my car.

Lehi’s Carvana was not finished yet, so I booked a one-way flight to Las Vegas, took an Uber to the Carvana location off the strip, signed a couple of documents agreeing to return the car within seven days if I wasn’t happy with it. Minutes later, my customer advocate, José, handed me a large coin and led me to the vending machine. Seriously.

It’s a gimmick for sure, but it’s a fun one. I put my coin into the machine, pulled the lever, and watched as my car was automatically removed from its spot, high in the Carvana tower and lowered to where I stood. José and I took a selfie, he handed me the keys, and I happily drove it home in air-conditioned comfort.

Bob Catterson had nothing on this experience.