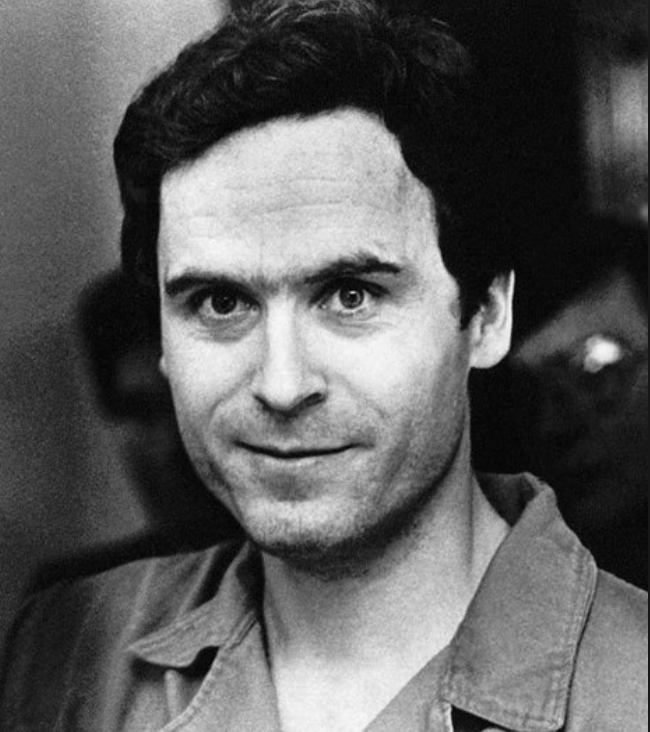 Recently, my husband and I were watching a horrifying documentary on serial killers. When the segment on Ted Bundy was televised, I couldn’t help but remember a night at home in the early 70s. My dad had just returned from a long haul to St. George. Mom, my two sisters and two brothers were all asleep. Dad quietly climbed the stairs from the basement, to avoidwaking anyone.

He walked to the living room. Our big window looked out on Center Street and Wines Park. Dad noticed a dark figure walking randomly through the trees. It was so late, and dad was curious who would be walking aimlessly around the park. Dad continued to watch the man as he crossed the road and walked up to Shaw’s house. The man turned around went back into the park and then started walking toward our neighbor’s house. He walked right up to the porch turned around and then came to our house. Dad moved behind the curtain to hide and watched as the man walked up our porch and looked in the window. Dad watched carefully and got a good look at him.

The man walked down the porch and disappeared into the night. Dad didn’t think about the event much more until one evening a photo of Ted Bundy appeared on the late news. Bundy had recently been identified as the possible abductor of JoAnn DaRonch, a Murray, Utah girl. The failed abduction attemptoccurred in the parking lot of Fashion Place Mall. The girl escaped and became the one person who could identify the man who was the subject of a nation-wide search as the killer of many young women in several states around the nation.

The minute my dad saw the face of the man on TV, he yelled,“There he is. That is the man that was on our porch. I am positive it is him.” Mom said, “That can’t be him.” Dad was adamant that the stranger on our porch that night was the serial killer Ted Bundy.

After extensive reporting on the events surrounding the potential abduction at Fashion Place and several other sightings, investigators determined that Bundy spent considerable time in Utah and even in Lehi. We all breathed a sigh of relief when he was finally captured, jailed, and justice served.