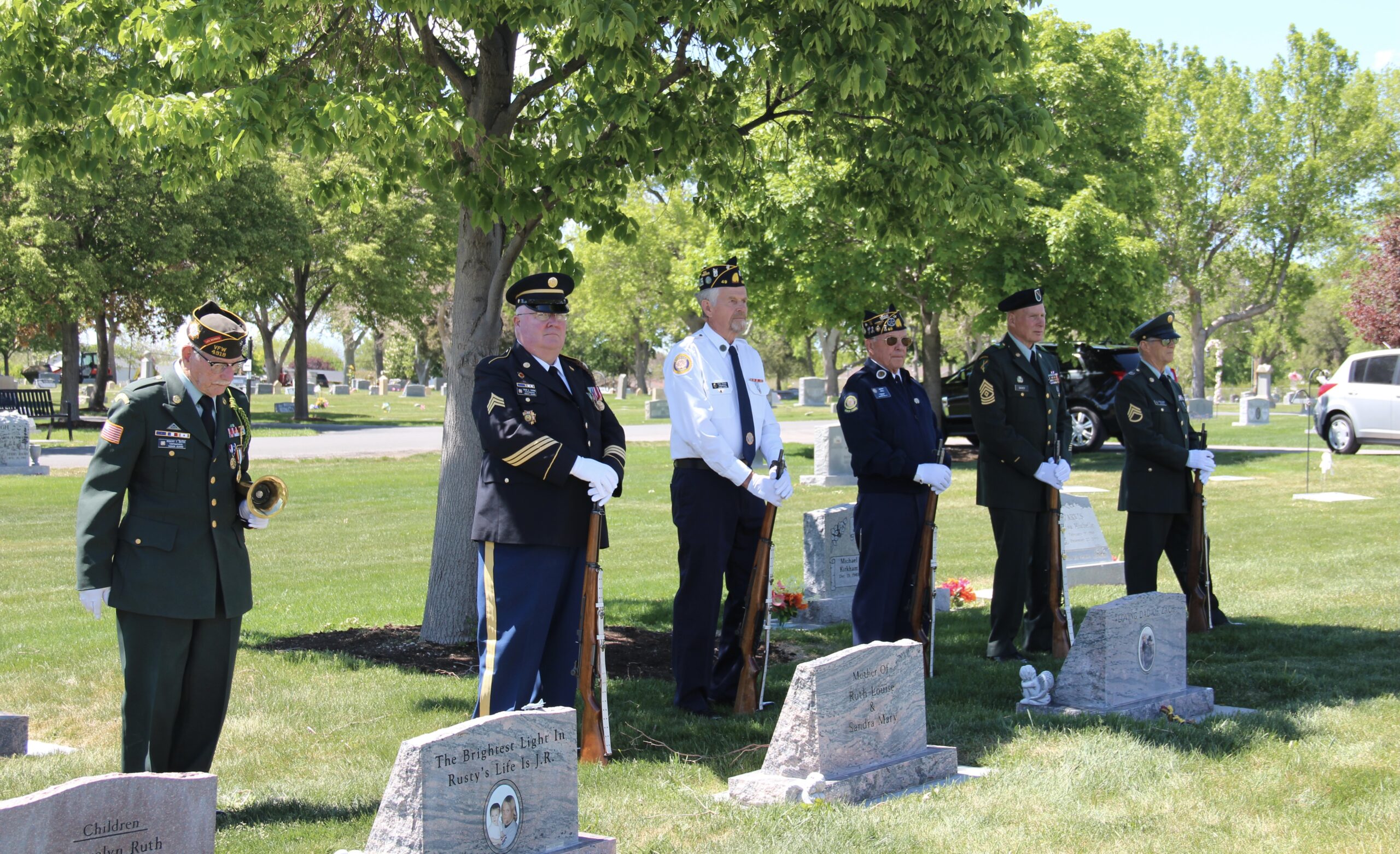 On Saturday, May 21, Jack Roberts was laid to rest in the Lehi Cemetery. Jack was one of the last WWII vets to be honored at a small gathering in the Wing Mortuary. His family remembered Jack in thoughtful, memorable ways. He was a beloved neighbor where for many, many years, he and his wife, Elaine, raised a magnificent garden, sheep, cattle, and family.

Over the last six years, I have had the privilege of interviewing six of the eight veterans who served in the military while living in Lehi. To my knowledge, as of today, only two remain living, Boyd Wilkins and Gene Kirkham. As I reflect on the opportunity to talk with these men, they all exemplified severalunique but similar qualities.

When I talked with Jack several years ago, I knew from the outset, that he was reluctant to talk about his war experiences.He hesitated as he described leaving his mom and dad andembarking on a mission to serve his country in the navy. At his funeral, a family member joked that he joined the navy because he heard they had better food. He served valiantly and modestly for three years.

I remember talking to Karl Moore about his service. Karl was only 17 years old when he enlisted in the navy. His unit was on its way to fight in what was to be the final assault on Japan in Tokyo Bay. Military leaders assumed that thousands, maybe tens of thousands of America’s finest would be lost fighting the Japanese. Two days before the assault, the atomic bomb was dropped on Hiroshima and the invasion was called off. PresidentTruman went ahead with the nuclear attack, knowing it would save many American lives. As the troops headed for Tokyo, Karl remembered thinking he may never see his family again.

LaVar Bateman and Stan Russon were also WWII vets. They were neighbors whose war stories were unique. “Var,” as he was called, enlisted in the Marine Corps. He was on his way to Japan when he broke his hand in a fight with a drunk marine. He was assigned to sickbay when his company was called to fight in Tokyo. Stan, a well-known artist, was assigned as an office worker in the army but became known for the cartoons he drew that delighted his fellow combatants while in service in Koreaand the Philippines.

Finally, Alvin Schow joined the navy as a 17- year-old. He was assigned to the USS St. George and spent most of his service in the South Pacific. As a deckhand, he watched submarines head out to the Pacific to encounter Japanese aggressors. There were times when he would watch as Japanese pilots would run out of ammunition and use their aircraft as deadly missiles to attackAmerican ships.

All these men are gone now, but their lives and legacy live on. The Roberts family honored Jack’s work ethic and devotion to family, Moore was a member of the American Legion for more than 50 years, Bateman’s quiet generosity supported manyyoung men on their missions, and Russon shepherded a local congregation for many years. He was always the first to be in the service of those around him and Schow was a local banker and financial advisor for years.

All these servicemen became leaders in their wards and community. They knew the value of hard work and devotion to their families and their country. They were quiet about their service and contributed greatly to Lehi. It’s not surprising their generation was called “The Greatest Generation.”