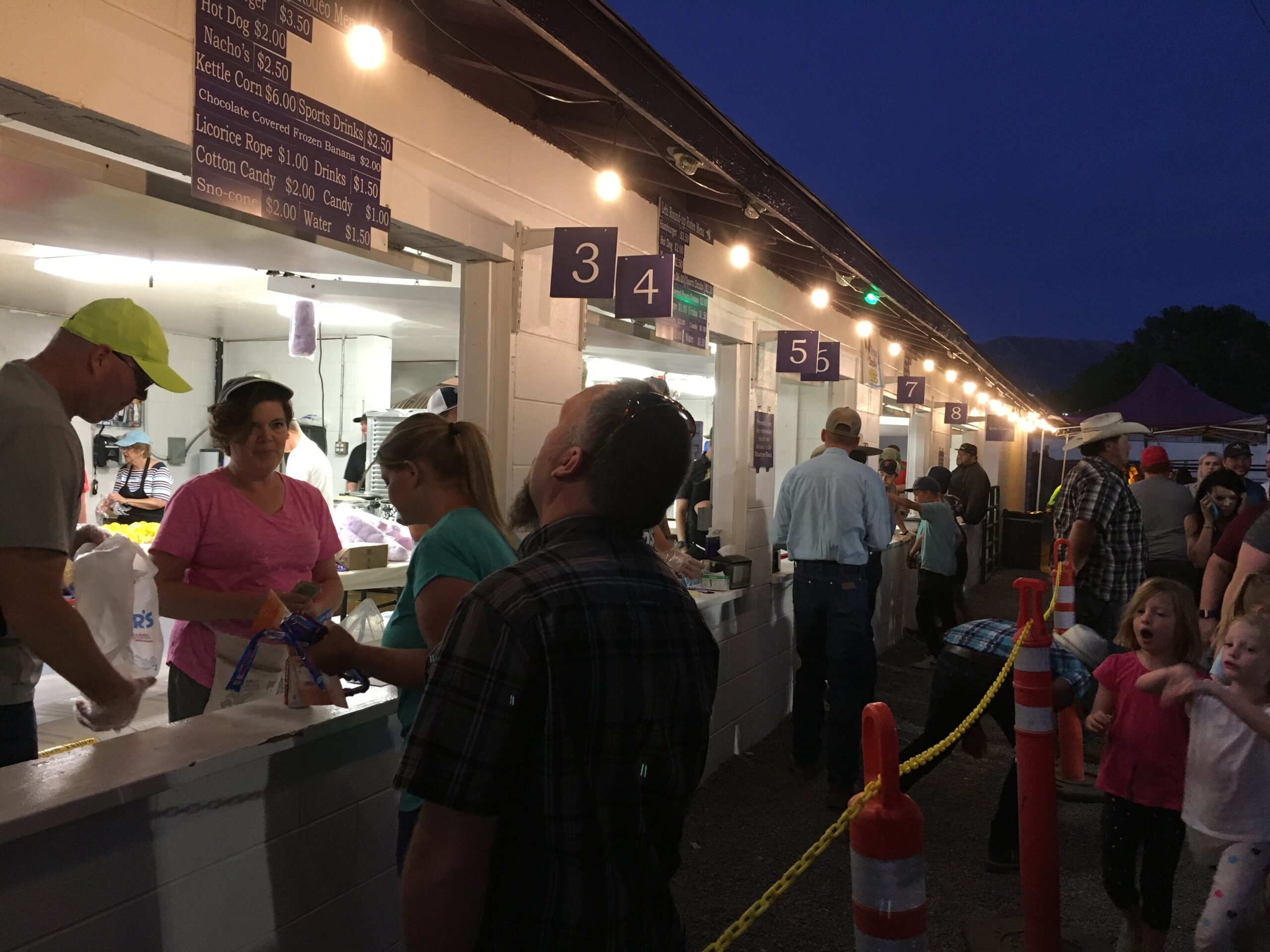 When I first moved to Lehi, I had a moment when I thought I was being asked to create a float for Lehi’s Miniature Float Parade. In my horror, and much to my shame, I asked if that could be someone else’s job. I could not imagine creating a float, especially when I had never seen one or the parade. Fortunately, I misunderstood the request, and the call was not my responsibility.

According to Lehi historian Richard Van Wagoner, the first Lehi parade occurred on July 24, 1854, just two and a half years after Lehi was incorporated. At the time, most residents were living within the Lehi City Fort. No American flag existed in the community, so Lehi artist James T. Harwood made one. “At 9 a.m., on that long ago pioneer day, the procession formed…. Hardwood’s stars and stripes led the parade, followed by a three-man band…. Next came 24 young people dressed in white, symbolic of the date. The 12 boys wore red sashes, and the 12 girls wore blue ones.”

“Following the group was Bishop David Evans [of The Church of Jesus Christ of Latter-day Saints] and his counselors, then the mayor, city council and other municipal officials. Next in line were ‘the fathers and mothers in Israel,’ followed by the citizens and the Home Guard, commanded by Captain Sidney Willes. Each group carried a banner with a painted motto such as, ‘Peace and Plenty in Zion.’ With all the participants, one wonders who was watching the parade?”

Local lore goes that being cooped up in the fort had caused the residents to become stir-crazy, and they had begun to bicker. Bishop Evans decided that if he put the community to work on a parade, it would be a pleasant diversion and bring the people together. It worked! Contentions dissipated as parade preparations commenced. Unsurprisingly, parades with homemade floats made by LDS wards have been an essentialpart of Lehi’s history ever since—not just for their entertainment value but because they work to unify the community.

Similarly, those not raised in Lehi might be surprised by an invitation to work a night at the concession stand at the Lehi Round-Up Rodeo. “Why not hire that out?” one might ask. For the same reason, residents build the floats for the Miniature Parade. The concession stand is an opportunity to build unity within a community. As volunteers work together in a happy, fast-paced setting to create mounds of “Rodeo Burgers” for adoring fans, they get to know one another. They are less likely to find fault in each other, and a greater appreciation for the community is instilled.

Although Lehi hosted its first professional rodeo in 1930, it appears it wasn’t until the 1940s that the concession stand and Lehi Miniature Float Parade came to be. Van Wagoner wrote, “During World War II, the [Third Ward of the LDS Church] was the first in the [LDS Lehi Stake] to sell hamburgers at the LehiRound-Up Rodeo. Members pooled their meat ration stamps to buy the scarce hamburger. Creative women in the ward designed and built miniature floats for the Lehi parade, and the city paid them for their efforts.” To this day, the proceeds from the volunteer-run concession stand to pay for the floats created by the LDS wards.

For 80 years, Lehi Round-Up Week has been bringing Lehi together, but every year it gets harder and harder to find people to work in the concession stand or build a float. These tried-and-true traditions hang in the balance if we do not step up to save them. It’s important to remember that these traditions help make Lehi the place we wanted to live.

So, jump at the opportunity the next time you are asked to work on a float or spend an evening flipping hamburgers at the Lehi Round-Up Rodeo. Even better, volunteer now. Choose to build our community. Protect worthy traditions. Say, “Yes to Lehi!”

If you would like to volunteer at the concession stand or learn more about helping with a float, please contact Whitney Pulhamof the Concession Committee at 801-368-0228.