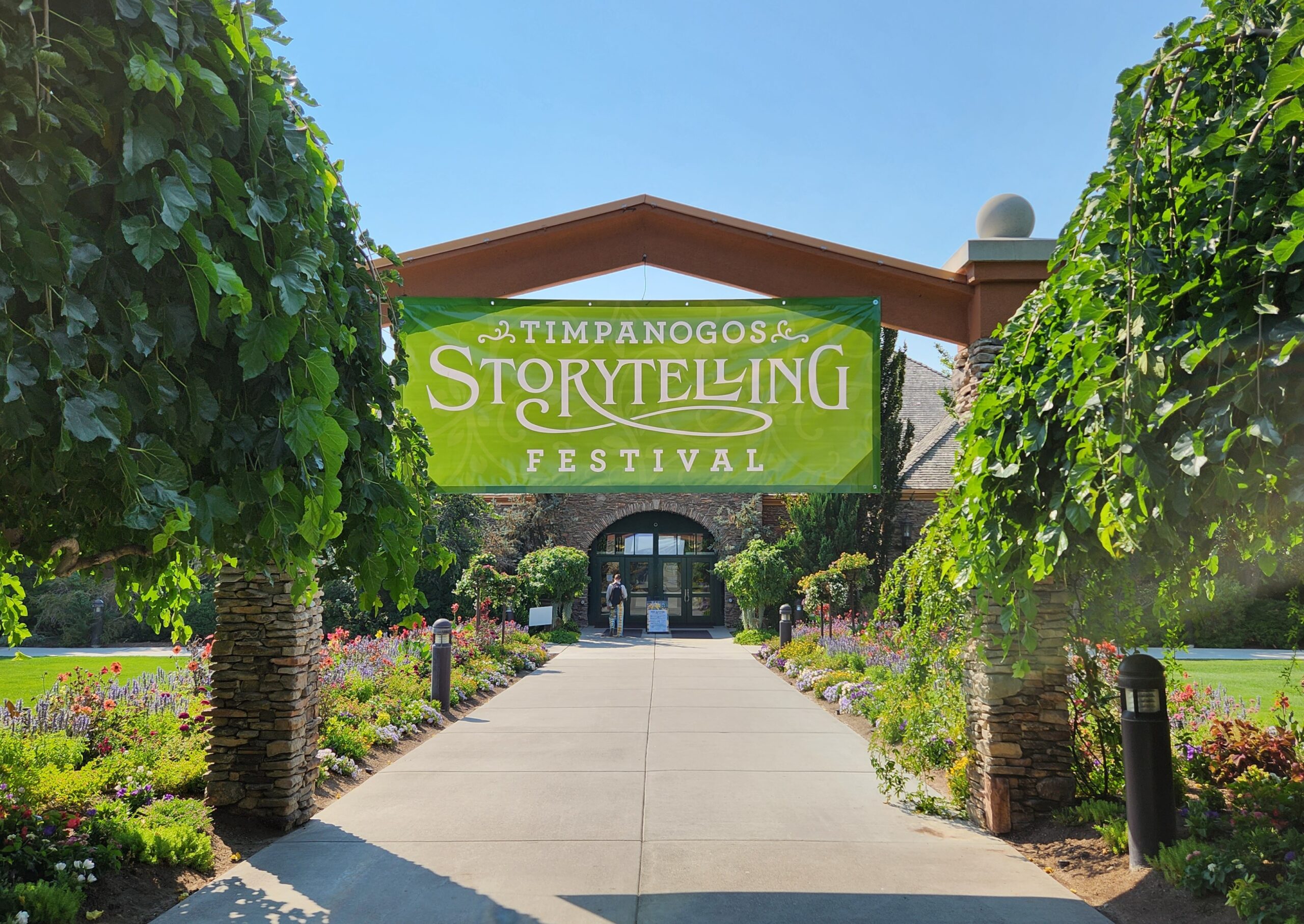 For 33 years, Richan and the rest of the board, including founder Karen Ashton, have brought the best storytellers from around the country to Utah. The board attends the National Storytelling Festival in Tennessee each year, where they find new talent to add to the perennial favorites. The theme for this year’s Timpanogos Storytelling Festival was “Life is a journey; stories show the way.”

Richan’s husband saw an advertisement in the newspaper for the first Timpanogos Storytelling Festival more than three decades ago and told Debi she should check it out. “I grumbled – I didn’t have time for it. I was taking care of the kids,” remembered Richan. The couple has four children, and their twins were almost two years old at the time. She took her husband’s advice and went to the festival.

“I didn’t know people did this – I didn’t know it was a thing!” said Richan. She was riveted from the first sentence of storyteller Judith Black’s performance. “I heard Judith Black tell a story that year, and I was that story. It was like the heavens opened just for me. Her story spoke to me and encouraged me to do what fed my soul, but I didn’t know what fed my soul at the time. I was in survival mode, just keeping my babies’ diapers changed.”

Richan saw Karen Ashton just a few days later and asked if they would do the storytelling festival again. Ashton said yes, and Richan got to work. Between the first and second year of the Timpanogos Storytelling Festival, Richan went to her daughter’s sixth-grade class and told the teacher she was a storyteller. The teacher agreed, assigning Richan the task of finding stories from around the world since that was what the class was studying at the time. Richan went to the Orem Library, where she checked out stacks of folklore books from every country. “You have to read about 30 stories before you find one that jumps out and grabs you by the throat,” she explained.

“That sixth-grade class taught me how to tell stories. There’s no audience like a bunch of sixth graders. I had to earn their attention, but it was thrilling when I had it,” she continued.

For two years, Richan told stories a few times a week for free. Her husband encouraged her to raise her rates when she gotmore requests from groups like the Boys and Girls Club of America.

“You can’t really rehearse storytelling. If you don’t have an audience, you can’t really tell if what you’re doing is working. You have to be able to look into someone’s eyes to see if you’ve caught them – if they’re following you and if you’ve described something enough,” said Richan.