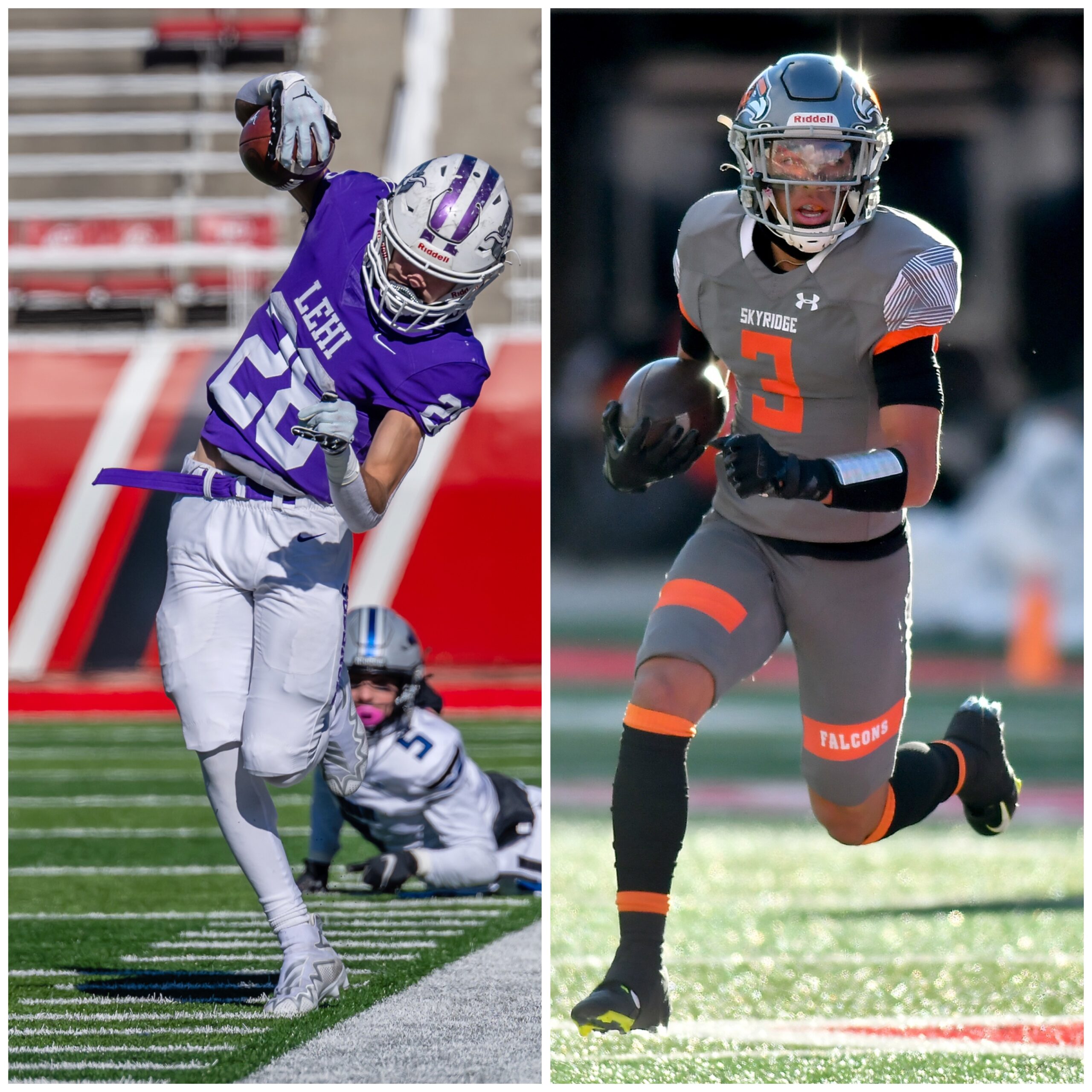 It’s a good time to be a football fan in Lehi.

Whether you favor the high-flying Falcons or the persistent Pioneers, you’ve had the chance to see your team excel week after week this season.

With rosters full of star performers on both sides of the ball, these squads are exciting and fun to watch. Each plays a fan-pleasing brand of football that has packed crowds into the stands all season.

Lehi has had a perfect year to this point after rallying to win several tough contests. The sole blemish on Skyridge’s record is a four-point loss to Corner Canyon seven weeks ago when they were playing without quarterback and team leader McCae Hillstead, a Division I commit and three-year starter.

So, it’s no wonder that these two programs are heading to the championship games next week in the same positions they were in back in August, at the top of their respective classifications and Nos. 1 and 2 statewide.

They both rank in the top 60 nationally in MaxPreps as well and should move up after this week’s victories.

People in rival communities are making nervous jokes about something being in the water over here. The fact of the matter is that there’s nothing particularly mysterious about the unprecedented success that these teams from the same town are having.

It starts with quality young people coming from supportive families. Not perfect ones to be sure, but ones who can be relied on to choose to do the right thing most of the time in part because they are held to high standards by their parents and peers.

Add in some outstanding coaching staffs under great leaders in Ed Larson and Jon Lehman, who foster a culture of accountability and hard work and understand how to build programs.

Don’t forget the dedicated administrators and school support staff, nor the enthusiastic student and community fan bases who provide encouragement and financial backing.

Put all these elements together and you have a great recipe for accomplishment. Sustain them year after year and you create a climate for building dynasties which have a positive impact on the entire community.

Cheer on Lehites. Your kids are doing you proud.