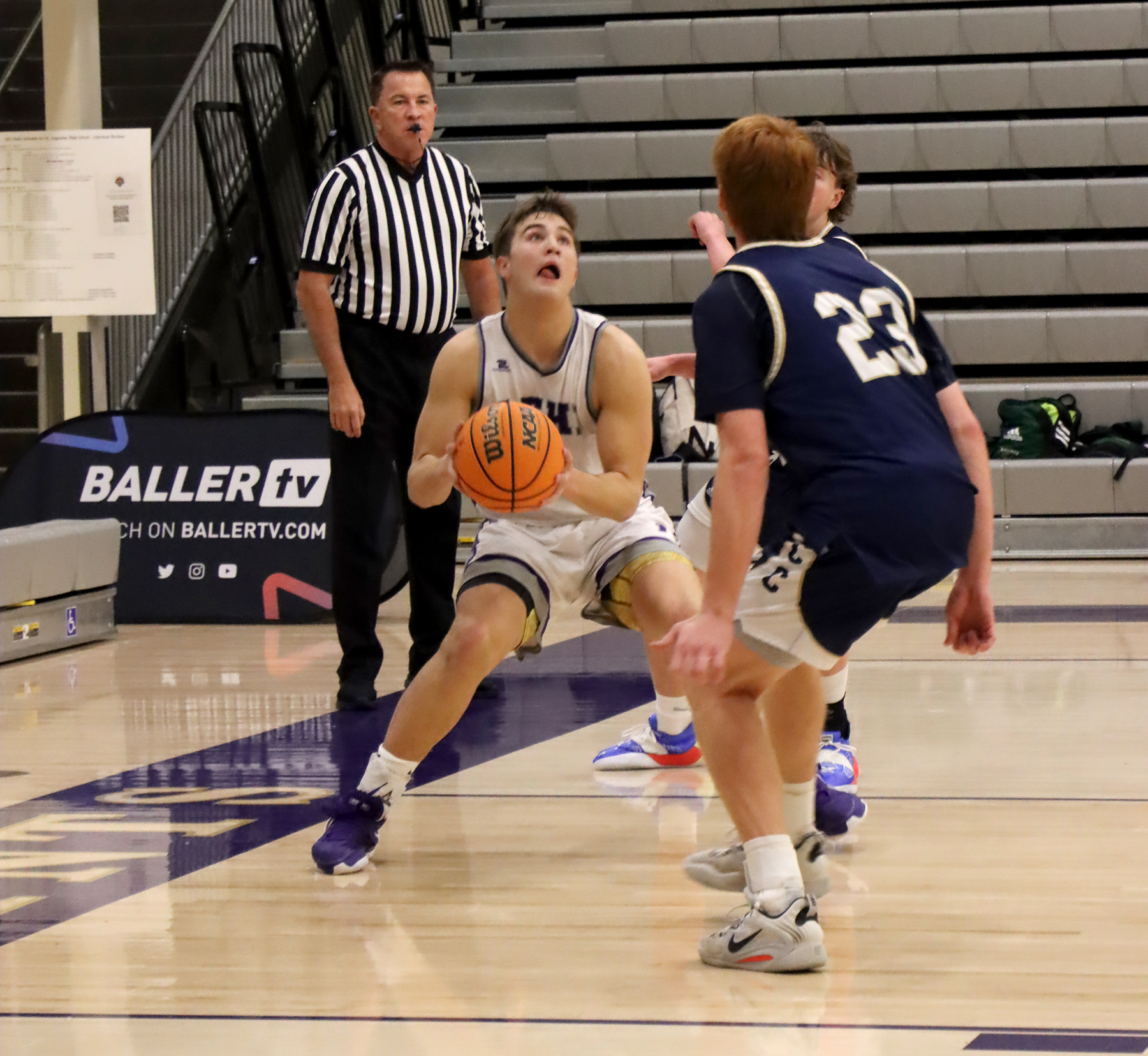 The Lehi boys basketball team held off a determined charge by La Costa Canyon (Carlsbad CA) in the closing minutes of a taut contest to win 62-59 Thursday night at the Holiday Classic tournament at St. Augustine High School in San Diego and advance to the championship final of the American bracket.

The Mavericks scored 96 points in the previous night’s quarterfinal but were contained by consistent defensive effort from the Pioneers.

In addition, after scouting Lehi the previous day, they left junior forward Grayson Brousseau in single coverage down low and he made them pay with 24 points and five boards. He was named Player of the Game for his dominant effort.

The Pioneers went on the offensive right from the start and scored the first six points before La Costa could even get a clean look. They led 15-10 at the end of the first quarter but the Mavericks continued to battle, trailing by four at the break and just two at the end of the third period.

Lehi got the lead to double digits a couple of times but La Costa didn’t go away. When it got close again, senior guard Braxton Hawkins hit a huge triple to provide some breathing room and junior guard Cooper Lewis scored nine of his 13 points in the fourth quarter to help cement the victory.

“We showed really good mental toughness,” said Coach Quincy Lewis. “We had them on the ropes a couple of times and couldn’t put them away, but the kids responded every time they made a run. That was an excellent offensive team and we did a great job of guarding them.”