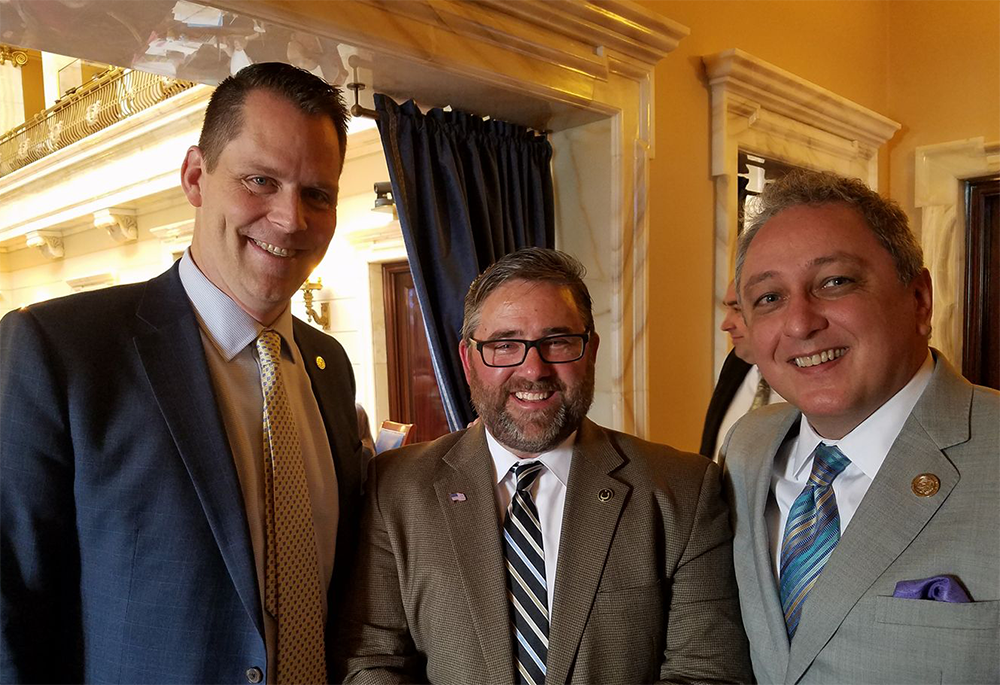 In the sixth week of the legislative session, Lehi’s legislators found several of their bills running into trouble due to their estimated fiscal impact, while other bills picked up steam and started to make progress heading into the final week. A much-anticipated bill to bond for construction on I-15 through Lehi, along with a few other stretches of the interstate, was introduced and is garnering widespread support.

Representative Kay Christofferson (HD 56) is the sponsor of two of the bills facing fiscal roadblocks. The first, HB 108, would change the terms of eligibility for supplemental pay for K-12 teachers in STEM fields.

Christofferson said the bill was motivated by Lehi resident and Lone Peak High School math teacher Craig Smith. Smith had been earning the supplemental pay – an amount of about $4,100 – for several years before management of the program was transferred to the Utah State Office of Education, now known as the Utah State Board of Education. The USOE reviewed the program and determined that teachers such as Smith didn’t qualify for the supplemental pay program because they lack a mathematics teaching degree.

“I worked as an electrical engineer for 15 years before becoming a teacher, and took the courses required to certify as a teacher,” Smith said. He said he thinks his qualifications at least match those of a teacher with a math teaching degree.

Lone Peak parent Crystelle Gates described Smith as an exceptionally gifted and dedicated teacher. When her daughter, Ashlyn, a 2014 graduate, took his calculus class, he was in need of back surgery. Concerned that his students might be at a disadvantage if a substitute teacher tried to fill the role of preparing them for the AP test, “He put his health and comfort on the back burner,” Gates said. He taught day after day in obvious pain as he delayed his surgery until after the end of school.

Christofferson’s bill would allow about 400 more teachers like Smith to qualify for the supplemental pay, bringing the fiscal note to $1.435 million per year.

Three more of Maloy’s bills made good progress. HB 393, which would regulate the vehicle towing industry, including adding consumer protections for those dealing with towing companies, passed the House on March 1 and the Senate committee on March 3

Another, HB 259, clarifies Utah’s self-defense law to say that a person who is being attacked has no obligation to flee an attacker, but may stand his ground to defend it. It passed the House on March 2, and was scheduled to be heard in the Senate committee on Monday, March 6.

HB 366, which would allow emergency responders to use audio recordings of emergency events for training purposes, was on the House floor schedule for Monday, March 6. Maloy said these types of recordings are used in training in several other states where the practice has been shown to increase the success rates of emergency personnel.

Senator Jake Anderegg (SD 13) was pleased by the passage of SB 81, which allows certain home-based businesses to operate without obtaining a license, or in some cases, without having to pay a fee if a license is required.

His bill to restructure Utah’s citizen data warehouse, SB 194, ran into a roadblock due to its fiscal note. Another bill, which would eliminate criminal penalties for parents of truant students, failed a vote in the Senate on February 28, but passed a motion to reconsider the following day and was put back on the Senate calendar.

Anderegg’s bill dealing with state intervention for equal pay for men and women in the workplace was held in committee.

All three elected officials are supportive of the proposed bond to allow construction on the stretch of I-15 in Lehi to begin next year, which is two years ahead of its current schedule.