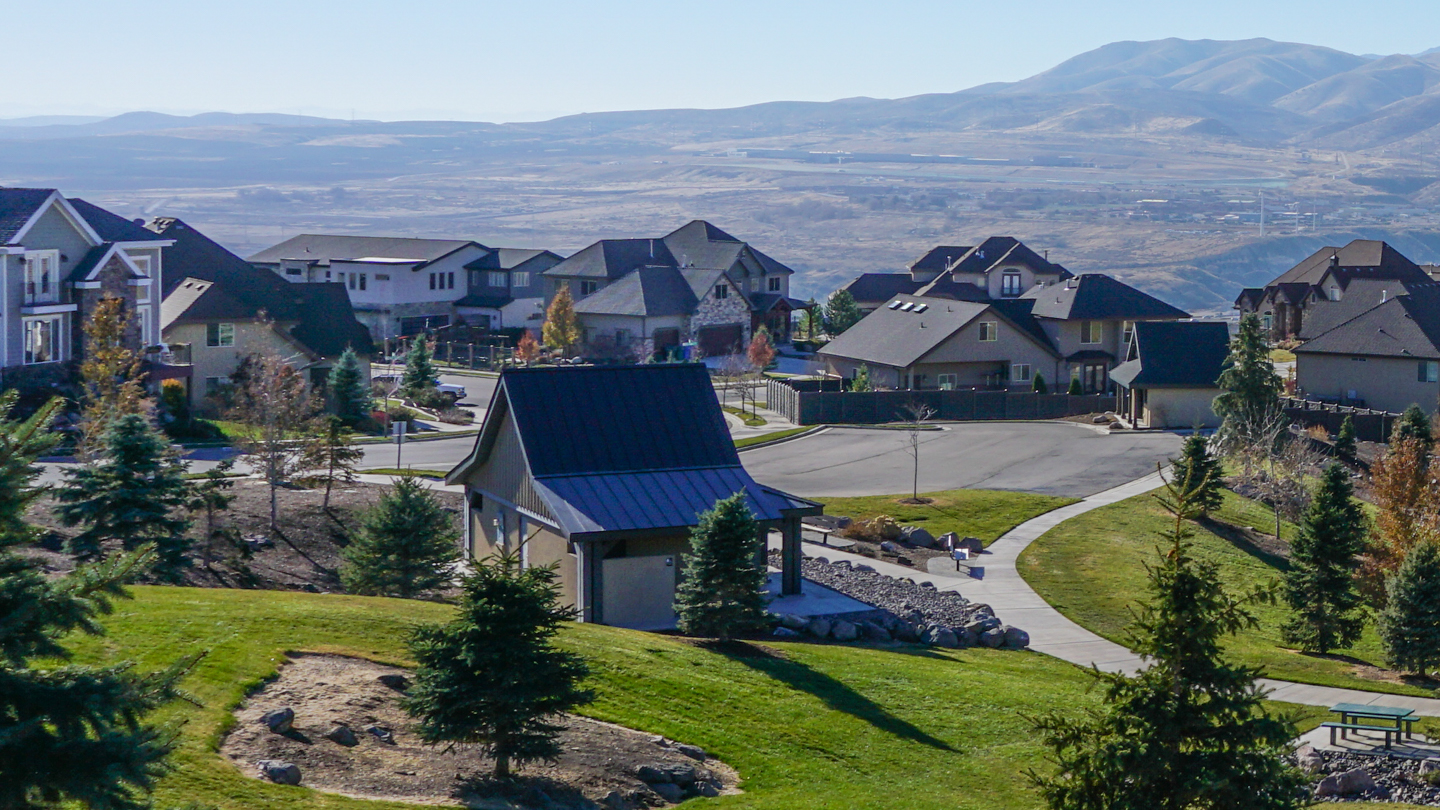 On Thursday, October 26, the Lehi City Planning Commission on a 4-2 vote approved the proposal by developer TMTH to allow Geneva Rock to mine the plot of land. The approval means the current area plan is being amended. The proposal has been before the Commission multiple times since April as the developer and residents have tried work out mutually-agreeable arrangements and the developer has worked to meet Lehi City requests.

Under the original plan, the area under consideration would be graded using standard “cut and fill” procedures. Either plan involved bringing down a small mountain. The difference is that under the current plan, moved earth would stay in the area, whereas under the recently-approved proposal earth would be moved off-site to Geneva, where it would then be put to commercial use.

Jesse Mlaker, a resident whose home is directly adjacent to the project site, was disappointed by the approval. “For me, it seemed like it was a forgone conclusion,” he said after attending the Commission meeting two weeks ago. He said the decision to move the proposal forward “sounded like mental gymnastics.”

He said that a number of his neighbors are very upset, and his concerns about his family’s health has him considering putting his home on the market.

“Either option is going to be a nuisance for us,” Mlaker said. “If I knew the mining wouldn’t affect our health I’d be okay with it.” He said that when Commissioner Seegmiller made a statement at the Commission meeting to explain her dissenting vote, she expressed the feelings of concerned residents exactly. “No one can show that it won’t affect health,” Mlaker said.

Resident Rob Ludlow, who has been supportive of the proposal since it was revised during the summer to include sites for a school, church and trailhead, was pleased by the decision. “Two Planning Commission members are Traverse Mountain residents who will be impacted by the proposal,” he said. “They have young children and what they found was that the additional fugitive dust mitigation controls actually help to further the health, safety and general welfare of the community.”

Ludlow expressed the opinion of residents who like the proposal’s inclusion of school and church sites, along with lower density development. “This proposal fills in some key gaps missing in the master plan,” he said.

“Whatever is chosen, we all need to come together on the need for careful monitoring,” said Ludlow.

As the proposal was originally presented, Alpine School District was to be given seven years to accept the donated school site and make plans to build there. The Planning Commission extended that time to ten years. Ludlow plans to propose making it four, opening it up for a charter school.

He noted that his wife is involved in building Ignite Academy charter school, which is currently under construction in east Traverse Mountain, but emphasized that the goal is get a school there as soon as possible.  “We need to figure out a way to accelerate the school,” he said. He wants to give first right of refusal to Alpine School District, then open it up for other options.

Rob Clauson, a lead member of development team TMTH, said, “This is what Planning Commission’s do. They’re planning for the betterment of the community.” He said the approval shows they recognize the benefits to the community of the proposal.

He said he understands the need for monitoring, but a real-time digital monitor as some have requested isn’t useful because air monitors pick up pollutants from any source, not just the mining operation.

He described a program by Colorado School of Mines which teaches participants how to appropriately monitor dust generation from mines. He suggested that Lehi City may send someone to take that program in order to effectively monitor the site.

From Clausen’s perspective, gained through going door to door and talking to residents, the addition of a school to the community is a benefit which mitigates many residents’ concerns with potential dust problems.

Delane Barrus, another concerned resident, said that at first many of his neighbors were thinking, “Either plan is going to make dirt and dust, so maybe we can get school out of it.”

But over the past few weeks, a feeling has developed that perhaps “TMTH has purposefully made Plan 1, which is within the existing area plan, look at bad as possible to sell us on option 2.” He thinks this has irritated some residents and changed their position to opposing the proposal. In particular, some have come to see reduced density in Plan 2 as a minimal issue since hundreds of homes will be build up in Corner Canyon. “This is just a drop in the bucket,” he said.

Barrus also shares the foremost concern of opposed residents: health issues. He said that under the proposal more material will be moved over a longer period of time using more modes of transport. “For basic health concerns, this makes it worse.”

Barrus also said despite the Planning Commission’s recommendation, residents will continue to try to stop this proposal, at least until greater assurances of safety and welfare can be guaranteed. “We haven’t given up. It was definitely a blow to us that the Commission went ahead and recommended this without the DRC review or the environmental study that the Commission said was required.” But “we’re still fighting.”