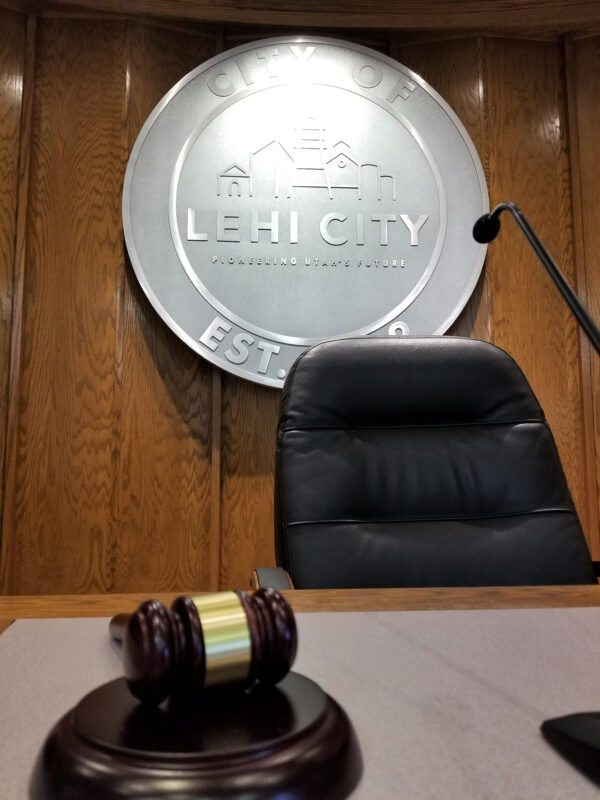 This fall, any Lehi resident who wishes to enter local politics and change the future of the City, at least for the next four years, may enter the race for City Council. Lehi City voters will fill three City Council seats in the general election on Tuesday, November 5.

Current members of the City Council whose seats are up for re-election are Johnny Revill, Paige Albrecht, and Mike Southwick. Albrecht, who is finishing her first term said, “Serving on City Council has been an amazing experience. I intend to run for one more term.” Southwick, in his second term, is undecided, and Revill, who is finishing his fourth term, is currently planning to run for a fifth four-year term.

Serving on a city council is grassroots public service at the most local level. What are the benefits and responsibilities of the Lehi City Council?

According to Lehi City Assistant City Administrator, Cameron Boyle, “Each council member except Mike Southwick are on the City insurance plan.” For those members who are self-employed, or do not have health insurance through their employer, group health insurance may be a very compelling benefit.

The following table, provided by Lehi City, details the current compensation and benefits of the City Council and Mayor:

The dollar value of compensation for City Council members who accept health benefits totals about $38,000 per year.

The time commitment for City Council members is significant. There are two regular city council meetings held per month, currently on Tuesday evenings. Many of these meetings last several hours. The last city council meeting, held on May 14, was 5 hours, 49 minutes long, with extended public comment and deliberation. The average meeting length over the past five months was two hours and 45 minutes. Also, City Council members are expected to attend a monthly work session. According to Boyle, these monthly meetings total an “average of 11 hours.”

In addition to the time spent in meetings, council members receive an information packet they are expected to read and review prior to attending city council. These packets include data about the agenda items to be considered by the council, including maps, engineering notes, building proposals, zoning data, etc. The number of pages in these packets depends upon the number and complexity of items on the agenda. “The last few meeting packets have been 200-300 pages,” according to Boyle.

The degree to which City Council members are familiar with the information contained in the packets determines their preparedness for the meeting. Meetings are videotaped and notes are taken by the City Recorder. The meetings become lasting public records and council member attendance and absences are noted.

In addition to preparing for and attending meetings, Council members are given assignments to serve on committees and public service groups by the Mayor. Additional commitments are required as they fill these assignments. Council members are also expected to be available to discuss issues with citizens. Many of them regularly interface with residents on social media portals, through phone calls, emails, and in face-to-face meetings. Some of those interactions are not pleasant, so a degree of resilience is helpful. Thoughtfully considering the future of Lehi and the wishes and concerns of citizens, while weighing current code, the general plan, and legal constraints, is also required.

Lehi City operates under a six-member council form of government. Policymaking and legislative authority are vested in a governing council consisting of the mayor and five city council members, each elected at large to serve four-year, staggered terms. The City budget, zone changes, any change to the general plan, and real estate developments within the city are all presented to the City Council. All real estate development items are presented to the Council after they have been considered by the Planning Commission. Each of these items is voted upon by the City Council. The Mayor does not vote on legislative items unless a member of the City Council is absent, then the Mayor may vote to break a two-two tie.

There is no educational requirement for inclusion on the City Council. Any adult who lives in Lehi who wishes to run must complete a declaration of candidacy form and pay a $35 filing fee. The form must be turned in to the Lehi City Recorder during regular business hours between June 1-7, 2019.

For those who run for City Council, campaign finance disclosures are required indicating how funds were spent on the campaign, and if there were any outside contributions. More information may be found on Lehi City’s website, www.lehi-utah.gov