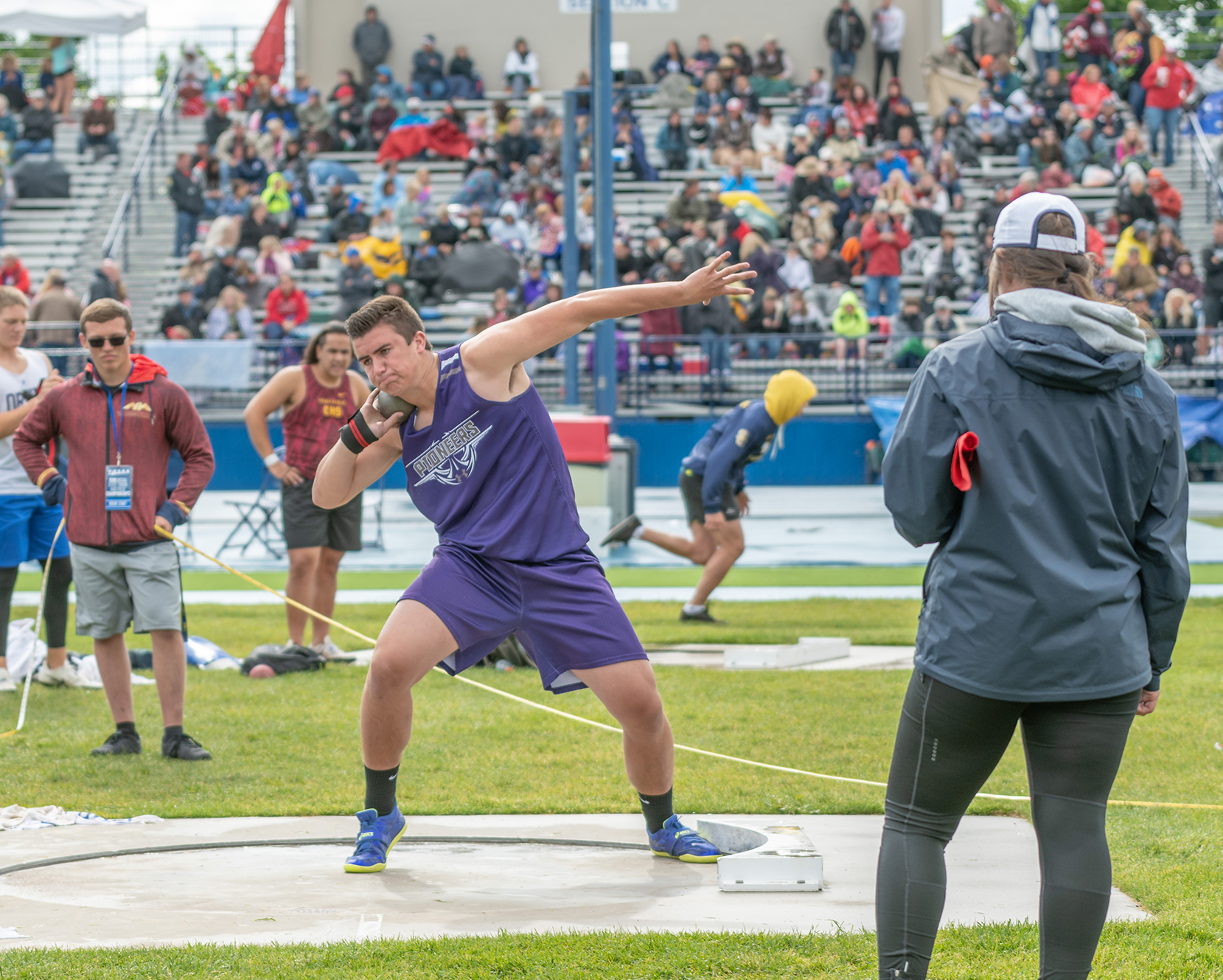 The 2019 Utah State Track and Field Championships were held at the BYU Robison Track and Field Complex May 16-18. Athletes from Lehi High School claimed three individual state championship titles and the Skyridge boys 4×400 relay team successfully defended their state title. At the state meet, medals are awarded to the top eight individual finishers and the top three relay teams.

The senior thrower defended his title in the shot put with a throw of 52-07.50 feet. He also placed 3rd in the discus (151-10.75 feet). Trey has committed to play football at Brigham Young University.

For the second consecutive year, the senior sprinter and long jumper earned three medals at the State Championship meet. This year Amy placed first in the 100 meters (12.4), first in the 200 meters (25.5) and third in the long jump (16-09.50 feet). Amy will continue running next year as a member of the Utah Valley University Track and Field Team.

Anna Martin, junior, third in the 3200 meters (10:51.39) and fourth in the 1600 meter (5:11.88). She had an amazing season last year, winning the 3200 meters (10:46.59). Anna also ran cross country for the Pioneers in the fall, taking the State Title and was named the Utah Gatorade Girls Cross Country Player of the Year. Anna was recovering from an injury and did compete until the last few weeks of the season. She will return for what promises to be an outstanding senior season.

Team Results: The Pioneer boys team placed sixth (39 points) and the girls team placed fourth(37 points). The combined team score of 76 points earned them a sixth-place finish, overall, out of the 25 teams competing in the 4A classification.

The team posted an impressive time of 3:22.40 to win the race for the second year in a row. The team consisted of Gavin Sturgeon, Bridger Pack, Nathan Mortenson, and Josh Taylor.

Calli Adamson, a senior, placed third in the 200 meters (25.81) and sixth in the 100 meters (12.90). After being one of the top performers during the indoor season, she was injured at the beginning of the outdoor season and had to take off valuable training time to recover. Calli will run next year for Utah Valley University.

Austin Child, a senior, placed second in the high jump (6-04.00). He was the State Champion last year with a jump of 6-08.00. He is still considering where he wants to compete in college.

Josh Taylor, senior, the defending state champion in the 400-meter had the fastest time in the preliminary heats – and the fastest time in the meet (47.92) – but took second in the finals (48.60). He anchored the 4×400 relay team to a state championship and took eighth in the 200-meter final (22.68). Josh will run at Brigham Young University after serving a mission to Puebla, Mexico.