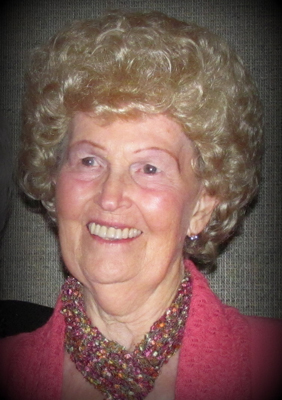 Edna Claire Norman Hawke, 93, passed away June 19, 2019, surrounded by family and friends at the Utah Valley Hospital of pneumonia. Edna was born August 2, 1925, in the home of her grandparents. She grew up and lived most of her life in Lehi and graduated from Lehi High School. She worked for Gunthers Heating and Air for many years. She was a businesswoman. She kept very detailed records and owned her own grocery store. She was a volunteer pink lady at the Utah Valley hospital.

She married Lucine Chamberlain, they were later divorced. On May 1, 1971, she married Charlie Hawke and moved to Provo, where she made her home for 48 years. Charlie passed away January 11, 2019.

Edna enjoyed singing in the ward choir, gardening and family activities. She was an active member of The Church of Jesus Christ of Latter-day Saints. Edna and Charlie enjoyed traveling and being part of the Good Sam Club.

Edna is survived by her sister, Elaine Schow (Alvin), sister-in-law, Sherlean Norman Stone (Kay), children, Vicki Grob (Dennise), Randy Hawke (Peggy), and Steven Hawke. Edna will be missed by many and especially those nieces and nephews to whom she was a second mother. She is our angel.

Funeral services were held Tuesday, June 25, 2019, at Rivergrove 1st Ward Chapel, 780 North 700 West, Provo, Utah. The family received friends at the Berg Mortuary of Provo, 185 East Center Street, on Monday, June 24, from 6-8 p.m. and at the church Tuesday from 9:30-10:45 a.m. prior to the services. Interment, Provo City Cemetery. Condolences may be expressed at www.bergmortuary.com.