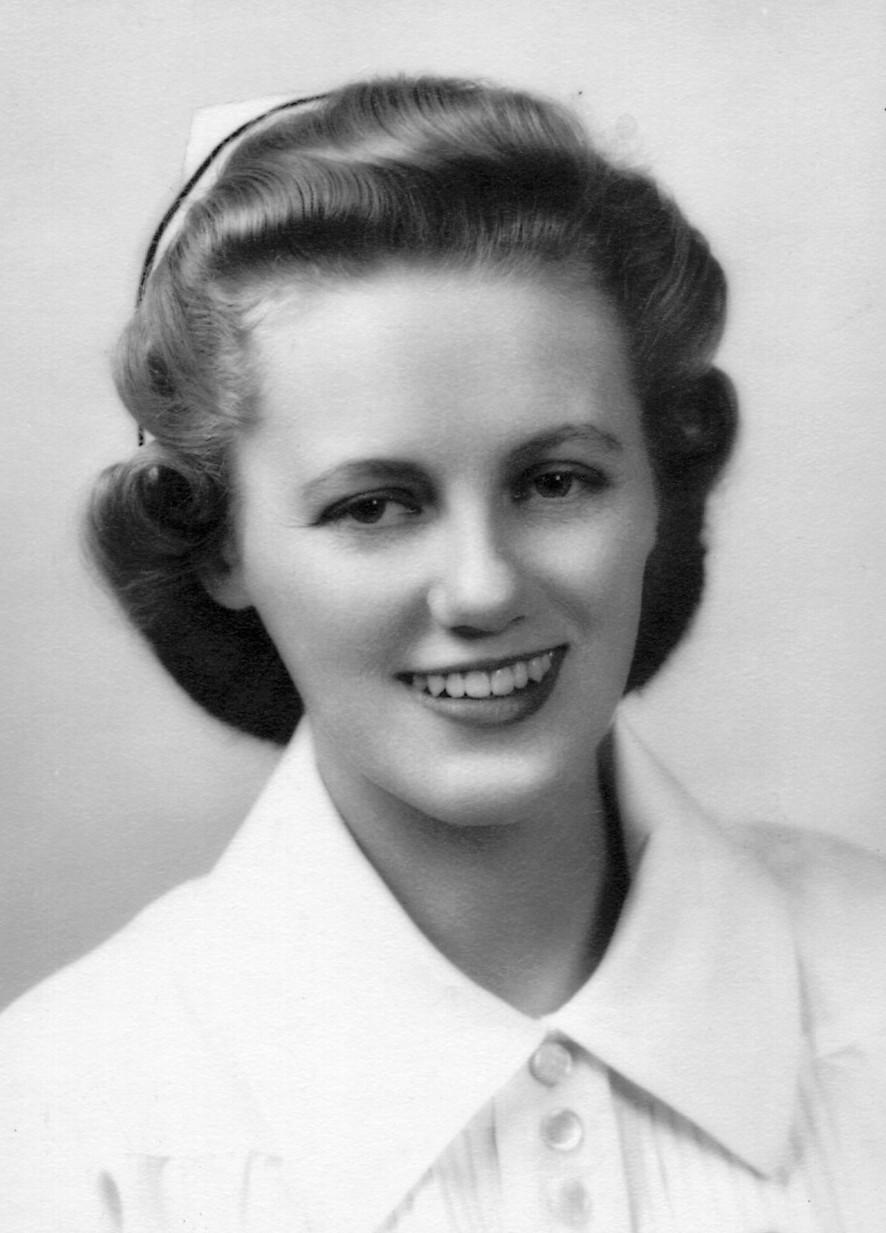 She grew up in Salt Lake City, Utah and Idaho Falls, Idaho, graduating from Idaho Falls High School in 1940. She went on to complete nurses’ training at the LDS Hospital in Salt Lake City, Utah. On May 5, 1943, she married Lieutenant Earl John Taylor, USN and was able to accompany him at his permanent wartime duty station at the United States Naval Base in Bremerton, Washington until the end of World War II.

After the war, Alice and Earl settled in Sacramento, California where they raised a family of nine children. She is survived by seven of her nine children: Anne (John) Chambers of Provo, Utah; Keith (Marti) Taylor of Plano, Texas; Margaret (Ron) Leckie of Lehi, Utah; Jeffrey (Judy) Taylor of Farmington, Utah; Barbara (William) Benac of Dallas, Texas; Ruth (Scott) Ruffe of Fresno, California; and Philip (Julie) Taylor of Los Altos, California. Also surviving is daughter-in-law Elizabeth Bond Taylor of Grand Prairie, Texas. Her 207 descendants include 9 children, 51 grandchildren, 145 great-grandchildren, and 2 great-great-grandchildren. She was preceded in death by her parents, twin brothers Scott and Tom and twin sisters Claire and Carol. She was also predeceased by her husband Earl, infant daughter Alice Rebecca Taylor, and son Leon Earl Taylor.

A lifelong member of The Church of Jesus Christ of Latter-day Saints, Alice served faithfully in various church positions all her life. She was loved for her kindness, positive attitude, and willingness to help in any situation. All who knew her were blessed by her loving influence.

Funeral services will be held at The Church of Jesus Christ of Latter-day Saints chapel located at 650 E 3200 N Lehi, Utah on Saturday, July 27, 2019, at 10 a.m., where a viewing will be held prior to the service from 8:30 to 9:30 am. Interment will be in the Lehi City Cemetery following the funeral service.

Funeral Directors: Utah Valley Mortuary. Condolences may be expressed to the family online at uvfuneral.com.