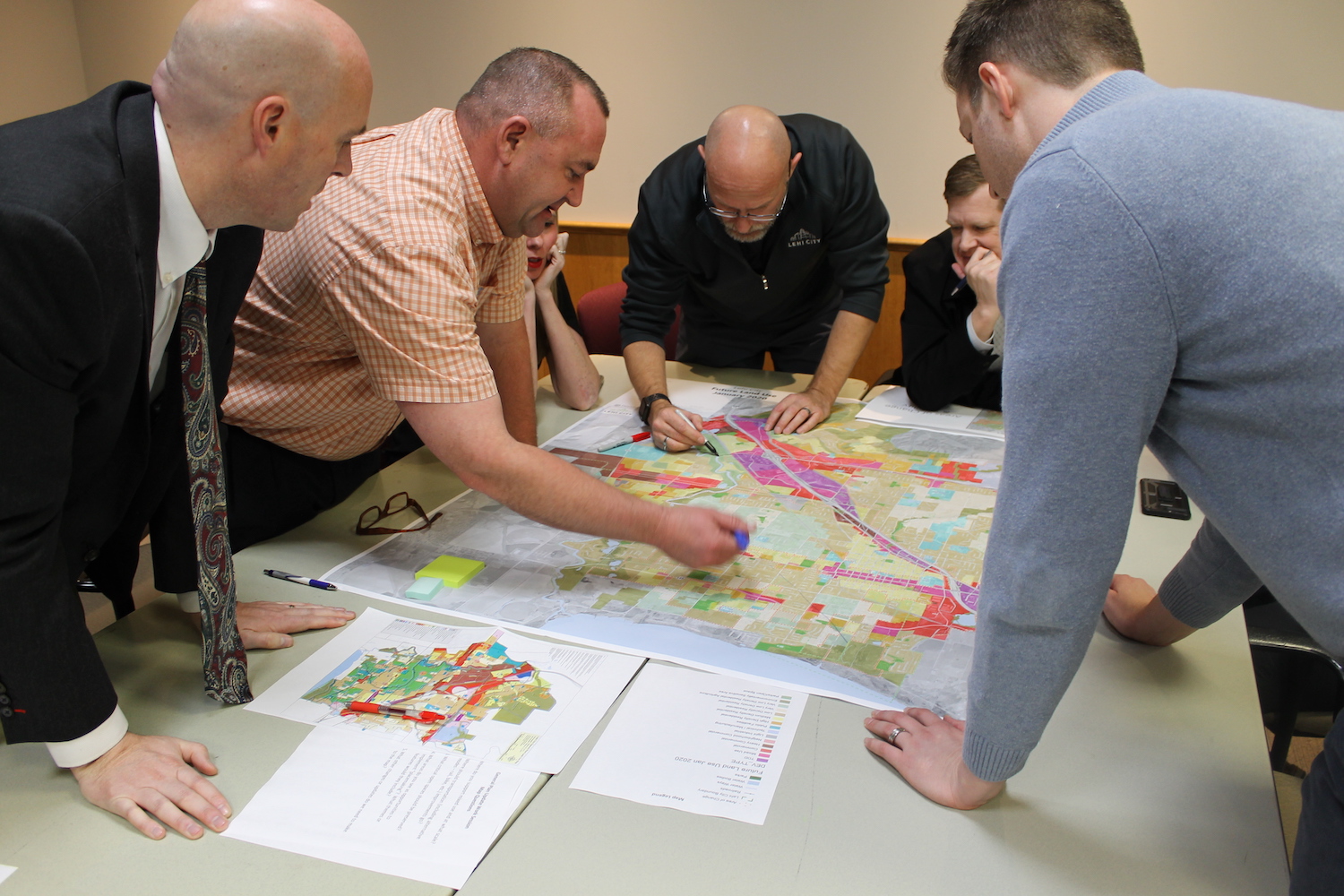 The Lehi City Planning Commission considered only five items at the Thursday, January 23, meeting and heard more positive than negative comments during the public hearing of those items.

Dan Ford’s request for a review of the Pine Springs General Plan Amendment and Concept for a 3.09-acre, 36-unit residential development at 225 South 600 East stirred a little controversy among neighbors of the proposed development. Ford said the location was perfect for the high-density development because it is close to a freeway entrance and within walking distance of grocery stores. The target market for the development, according to Ford, is millennials and empty nesters, or couples without children. Longtime residents in the area were quick to reference the nearby Broadmoor Park neighborhood in their opposition of Pine Springs.

“Broadmoor promised they would have enough parking, but people are parking all over both sides of 600 East. The families who live at Broadmoor started small, but now they have teenagers who drive – where does that third car go? I’m afraid the same thing will happen again with more high-density housing,” said Liz Anderson, a resident near the proposed development. Anderson mentioned that her young niece was hit by a car while riding her bike on 600 East and although her niece was technically at fault, the visibility is poor on the street because there are so many cars parked there.

Other residents in the area were in favor of re-zoning the whole area from LDR (low-density residential) to HDR (high density residential). “I agree with both sides, but it does seem like they’re packing a lot of people into a small area. I see kids darting across the street from the Karl Malone Center and the outdoor pool all the time and cars are already double parked along the road. It’s difficult to see to get out of my driveway. I’m afraid it won’t be handled correctly like Broadmoor,” said Trina Weeks, a neighbor near Pine Springs.

Lehi resident Vinny Carlos voiced his concerns about the additional children that would go to Meadow Elementary. “There are 38 kids in my son’s class right now,” said Carlos. Ford said the Pine Springs development would not include the large units available at Broadmoor, but that the product’s target is single people and couples without children.

The Planning Commission members voted to give a positive recommendation for Ford’s General Plan Amendment as well as the Pine Springs Concept to the City Council, with Commissioner Brent Everett the only negative vote on both items.

The recommendation of Method Studio’s request for review of the Dancing Moose Montessori School concept plan was met with positive comments from the public as well as the Planning Commission. Mike and Joyce Sibbett are planning to bring their Dancing Moose Montessori School to the Thanksgiving Point campus, 2700 North Ashton Blvd. This would be the third location of the successful school that caters to corporate and working families. “This is an issue in Utah right now – we want to offer high academics with a safe daycare,” said Mike Sibbett, a retired criminal judge. Architect Sam Kellerman requested an exception for the percentage of glass on the outside of the building in the Urban Tech zone. “The building will have a glass entry, but we’re not comfortable with all the glass in the classrooms in the front. We don’t want people to be able to sit in a parking lot and watch the kids.”

The Dancing Moose School will accommodate approximately 350 children. Parents of students will park and enter the building with a security code and thumb print to drop off and pick up their children.

“I’m a huge fan of Dancing Moose – my kids have gone there. This is a world-class school and something Lehi can be proud of. An exception to the design standard should be granted. They’re very supportive of working families and the school aligns with the museum and the farm at Thanksgiving Point,” said Lehi resident Rob Ludlow.

“This is a smart usage of space. Parents won’t need to drive across town to drop off and pick up their children,” commented Greg Jackson, Planning Commission Member. The commissioners briefly discussed narrowing down the exact percentage of “glazing” on the front of the building to fit the urban tech standards before a motion was made. The Planning Commission gave a unanimous positive recommendation to Method Studio’s request for review of the Dancing Moose Montessori School concept plan.

Martin Matthews, a neighbor to Hooke Vista, thanked Fairbourne for the fence, then showed members of the Planning Commission maps from Utah County and a plat map that didn’t agree on the property line between Hooke Vista and Matthews’s property. “The parties definitely need to agree on the boundary lines. Utah County is notorious for crisscrossing property lines, but that isn’t something the Planning Commission can address,” said Commission Chair, Matt Hemmert.