A tribute to LHS teachers of old: Byron Memmott 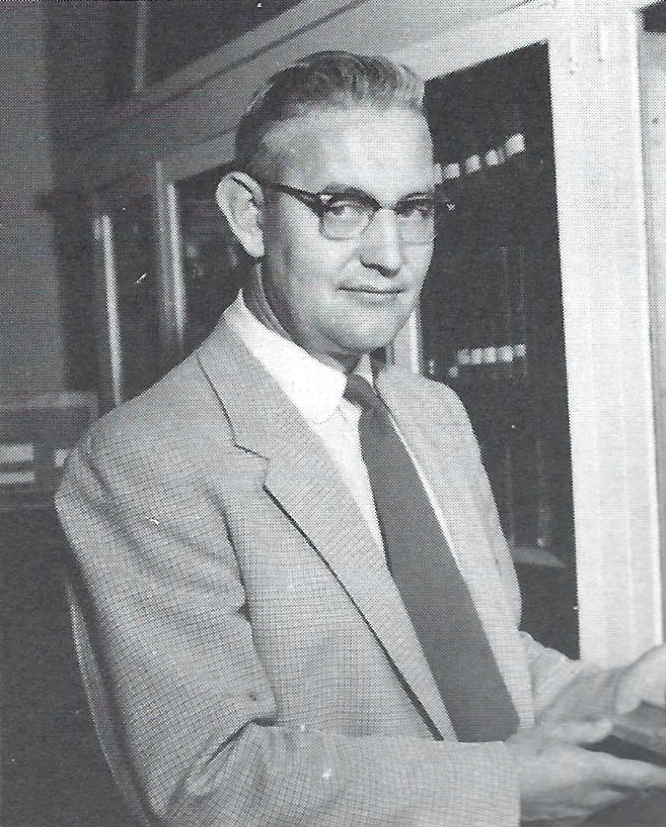 When I started whispering to my pal during the first day of class while Mr. Byron Memmott was announcing class expectations, course guidelines, and behavioral issues, he simply stopped, gave me a “crusty” look that told everyone in the class what would not be tolerated. “Mr. Fowler, I have seen your legs run like the wind, but that does not give your mouth the same privilege in my class,” he said. The class laughed as did I, but his point was made, and my ego was undamaged. In fact, in one brief stare and statement, he had reprimanded me, given me a compliment, knew my name, and injected some humor in the class. I liked him for it, and we all realized what would be tolerated by this no-nonsense teacher.

“If you have signed up for this course hoping to become a better farmer, mechanic, welder, dairyman, cattleman, sheep-grower, rancher, poultry-man, electrician, or even businessman, that’s wonderful,” he said. “But even more important is that you learn to be a dang good worker, a man who is honest, good for his word, places value in a handshake, is dependable, and earns every cent you put in the bank!” Sounds a lot like my dad, I thought. No wonder my parents wanted me to take vocational agriculture from Mr. Memmott. His son Marcus and I were good friends too.

That first day he also said, “We will begin with a salute to this great nation’s flag and follow it with our FFA officer election. Who wants to run for President? Vice President? Secretary?” By raise of hands, we cast our fate to the election process and our names were written on the chalkboard. “No speeches,” he said to the class, “you know these guys better than I do. I want you to elect who will lead you properly and get the job done, now take out a piece of paper and write down the name for President only. The top vote-getter will be President, second place will be Vice President and third place will be Secretary. I will count votes his afternoon and tell you in the morning who will be our FFA (Future Farmers of America) officers for the year.” The next morning Cole Evans was announced as President, I was Vice President and Merrill Fox was the Secretary. He then looked directly at the three of us and said, “Memorize your officer duty speeches and be ready to recite them to the class tomorrow Mr. Evans, same for you Bill, as Vice President and you as Secretary, Merrill.” He then handed us all the FFA handbook.

My duty pledge was a full page. “I’m not sure I can memorize that in one night,” I thought. I looked at Merrill and raised my eyebrows. He just whispered, “We better do it, Bill.” It was about 1:00 a.m. that night when I considered my memorization task complete. Sure enough, the next morning I listened as Cole recited his long duty pledge to the class without a glitch. I was impressed. I got through mine okay and Merrill knocked his out like a future legislator.

“We are going to learn how to use an arc welder today boys,” Mr. Memmott said with a big smile on his face. “Get on your overalls and meet me in the ‘real classroom’ through that door,” he said, pointing to the shop. You will all burn some welding rod this mornin’ fellers.” When we got into the shop, he gave us a quick lesson about the value, merits and safety procedures of using a Forney Arc Welder. “I had the school district buy these blue-ribbon welders from Mr. William Laursen,” he said. “He is a professional blacksmith and the best welder in Utah County,” he continued. “He teaches welding at the Technical College in Provo.” I smiled broadly as he winked at me, knowing my grandpa had sold him the Forney Welders.

We put on our welding helmets and watched as Mr. Memmott drew a straight bead down a piece of metal. “Now, set your welders on the proper amperage and resistance levels and give me a ten-inch bead of weld without burning yourself up,” he directed. We had enough welders for two boys to each complete the task by taking turns on a welder. When we finished, we hammered off the slag for his inspection. He gently kicked one lad on the butt for pointing his hot welding stick at another boy and said, “you do that again and you will find out how heavy my boot can be….understand?” the boy nodded.

Mr. Memmott praised every single piece of work by each boy with a few corrective comments. He then called us all together and proudly announced that he had just seen “the finest piece of beaded arc welding work by any student since Nathan Vance and Stephen Trane.” He called us all over to a piece of steel that contained a bead of weld that looked so symmetrical and even that it may have been the work of a robot. “That!” he said, “is the most beautiful piece of welding I have ever seen.” It belonged to Terry Dubois. “You, my boy could make a fine living with a welding hand like that! Where did you learn that skill?” “Well…I…have never done it before,” Terry replied. Mr. Memmott was stunned. “A rare natural,” he said. “You have a wonderful gift young man.” The day belonged to my friend Terry Dubois, who later won state and national honors with his welding expertise and landed a good job in Arizona with his tremendous skills.

A few days later Mr. Memmott took the whole class just one block East to the Lehi Roller Mills where we had a tour of Lehi’s famous Roller Mills and learned in detail how grain was processed into flour, wheat germ, cereal, and puffed wheat, and how the wonderful hot rolls and biscuits at Kentucky Fried Chicken were made from Lehi Roller Mill flour. The owner, Sherm Robinson was a great host. He was articulate, funny, and I remember being amazed at how incredibly clean every single inch of the mill was. When I graduated from high school, I worked at Lehi Roller Mills delivering flour during summer months and learned even more about the amazing and successful business.