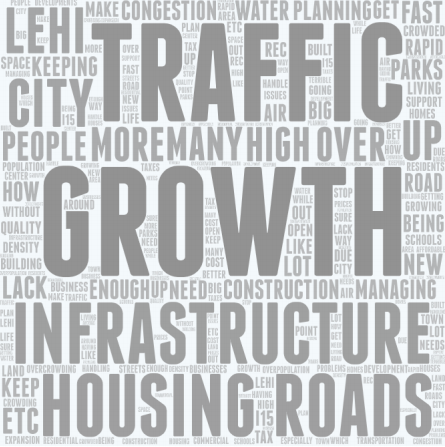 In January, Lehi City hired Y2 Analytics, a Salt Lake City-based research firm, to survey residents’ opinions about Lehi City and issues related to life in the City. The survey was conducted January 14-23, 2020, and 788 Lehi residents responded via email. Email addresses were selected at random from the City utility database, voter files, and the Legacy Center user list. The demographic data gathered in the survey included age, gender, marital status, and homeownership. The City has been conducting similar surveys annually since 2015

Residents responded to a collection of questions about the City Council, City staff, programs and services offered by the City, and growth. According to published results of the survey, residents’ sentiments showed “several negative shifts in residents’ sentiments from previous years, including less satisfaction with the direction of the city, quality of life indicators, interactions with City staff, and decreased likelihood to recommend Lehi to others as a great place to live.” Regarding the findings, “This matches trends in other municipalities in high growth areas of the state.”

For the first time in the survey history, the Lehi City Council had an approval rating drop below 80%, coming in at 74%. The Council’s highest approval rating was 91% in 2015 and has decreased each year.

The top resident issues continue to be related to growth, traffic, and infrastructure, with 78% of the respondents saying that Lehi is growing too fast.

Although the survey showed an overall negative shift in many categories, the overall satisfaction of residents remains high with 80% saying they are likely to recommend the City of Lehi to friends and family as a good place to live.

The results of the entire report are available on the City website.