Opinion: We needed a miracle…Lehi, we got it. 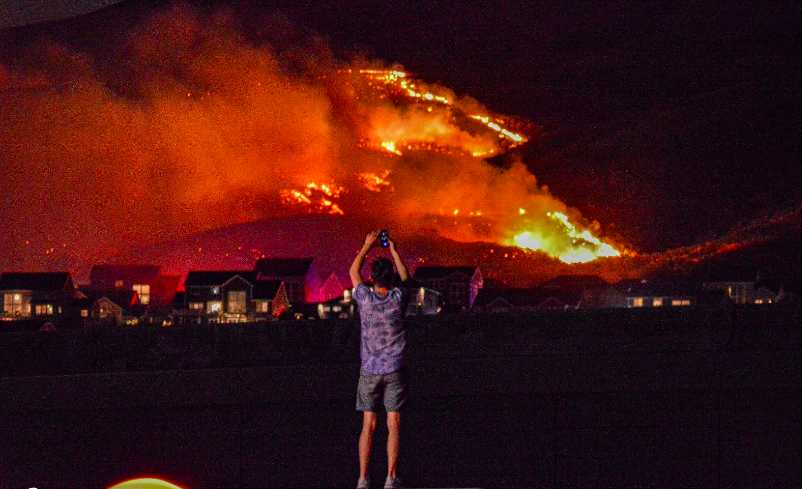 Late Saturday evening, I was lying in bed scrolling through Facebook. I came across a post saying there was a fire on Traverse Mountain. I got up and looked out my bedroom window and saw bright orange flames and a plume of black smoke consuming the mountainside.

Immediately, I was overcome with emotion. In 2017, I followed the Tubbs Fire that ravaged my hometown of Santa Rosa, California, and burned down over 5,000 structures, including homes, schools and businesses, while taking over 20 lives. I witnessed from afar my own family and friends lose every material possession they owned, and vividly remember driving through the aftermath where my childhood neighborhoods were left in ruins.

I also recall the fear and uncertainty our nearby residents in south Utah County experienced during the Pole Creek and Bald Mountain fires in 2018. Spanish Fork and neighboring communities were evacuated from their homes for days while structures were threatened. I was hoping this wasn’t our turn.

I was staring out my window and thinking “please not us.” The wind was rapidly increasing and flames speeding toward homes in Traverse Mountain. Emergency lights speckled the mountainside as lines of cars headed down the hill to evacuate their homes. We needed a miracle.

As I watched, the fire continued with large flames moving east through open space. Then the wind just stopped. There was an unusual calm and stillness.

As I followed the events all night, emergency personnel from all over the valley responded into the early hours of Sunday morning to protect life and property. We were staring at all of the elements for total disaster, yet Lehi prevailed.

Lehi’s volunteer Community Emergency Response Team (CERT) was out in the community and assisting the Red Cross at the Skyridge High School Evacuation Center. Lehi City was posting updates on their official Facebook page. Community members were offering spare bedrooms, pet lodging facilities and donated necessities. The preparation and response was no small feat.

By Sunday morning, the fire exceeded 450 acres with over 200 emergency resources on-site, including water-dropping helicopters, but we didn’t lose a single structure. I see it as a miracle we all desperately needed.

Our first responders, led by Lehi Fire Chief Jeremy Craft, Lehi Police Chief Darren Paul, and Utah County Sheriff Mike Smith, deserve tremendous thanks for their service to protect our community. They answered the call throughout the night. These brave men and women ran into danger without hesitation at a moment’s notice to save our community.  I am incredibility thankful.

The Lehi I know and love was on full display. We needed a miracle last night…and we got it.