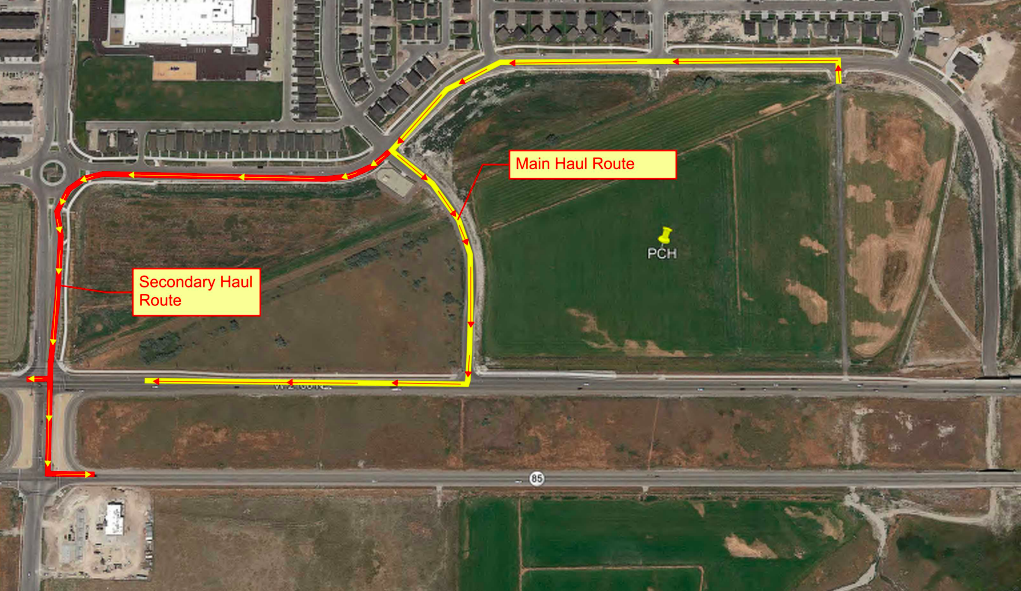 Lehi City Council met remotely for the fifth month in a row Tuesday night. All five council members were in attendance virtually to work through City business.

The most discussed item on the agenda was the grading permit requested by Intermountain Healthcare (IHC) for the building site of the highly anticipated Primary Children’s Lehi Campus in Holbrook Farms.

The conversation revolved around grading and the truck hauling routes in and out of the community and how to best mitigate traffic and the impact on residents.

The traffic estimate given was approximately four trucks per hour until March 2021.

The proposed route has trucks entering at the 3600 W stoplight (the main entrance to Holbrook Farms) and exiting with dirt on the new Miller Campus Drive onto 2100 N.

Councilman Chris Condie began the conversation by requesting that the construction team use a makeshift road on the property to avoid passing residential homes on Waterbury Drive.

Blake Court, with Jacobsen Construction, the builder of the project, along with IHC representative Jimmy Nielsen expressed opposition to Condie’s suggestion based on logistics and concern that the Utah Department of Transportation (UDOT) would deny the access point to 2100 North.

“We will be operating during City approved work hours and try our best to leave the neighborhood undisturbed. Clearly, there will be some heavy traffic though,” said Nielsen.

Councilman Paul Hancock and another representative from the Primary Children’s Hospital team expressed concern with safety issues using the Texas roundabout as trucks wouldn’t be able to reach traffic speeds as they enter 2100 N heading westbound.

Despite sharing his doubt on the proposed alternative presented by Koivisto, the applicant said, “We are willing to engage in a conversation about using the alternative turn on 2100 when needed.”

Koivisto motioned to approve the grading permit and truck route for the 36-acre site with the condition that Jacobsen Construction look into using the Texas roundabout if possible. The motion was seconded by Councilman Condie and passed unanimously.

The five-story hospital and three-story medical office complex are scheduled to begin construction in September of this year with projected completion in 2023.

Princesses and superheroes cruise through Lehi in epic parade