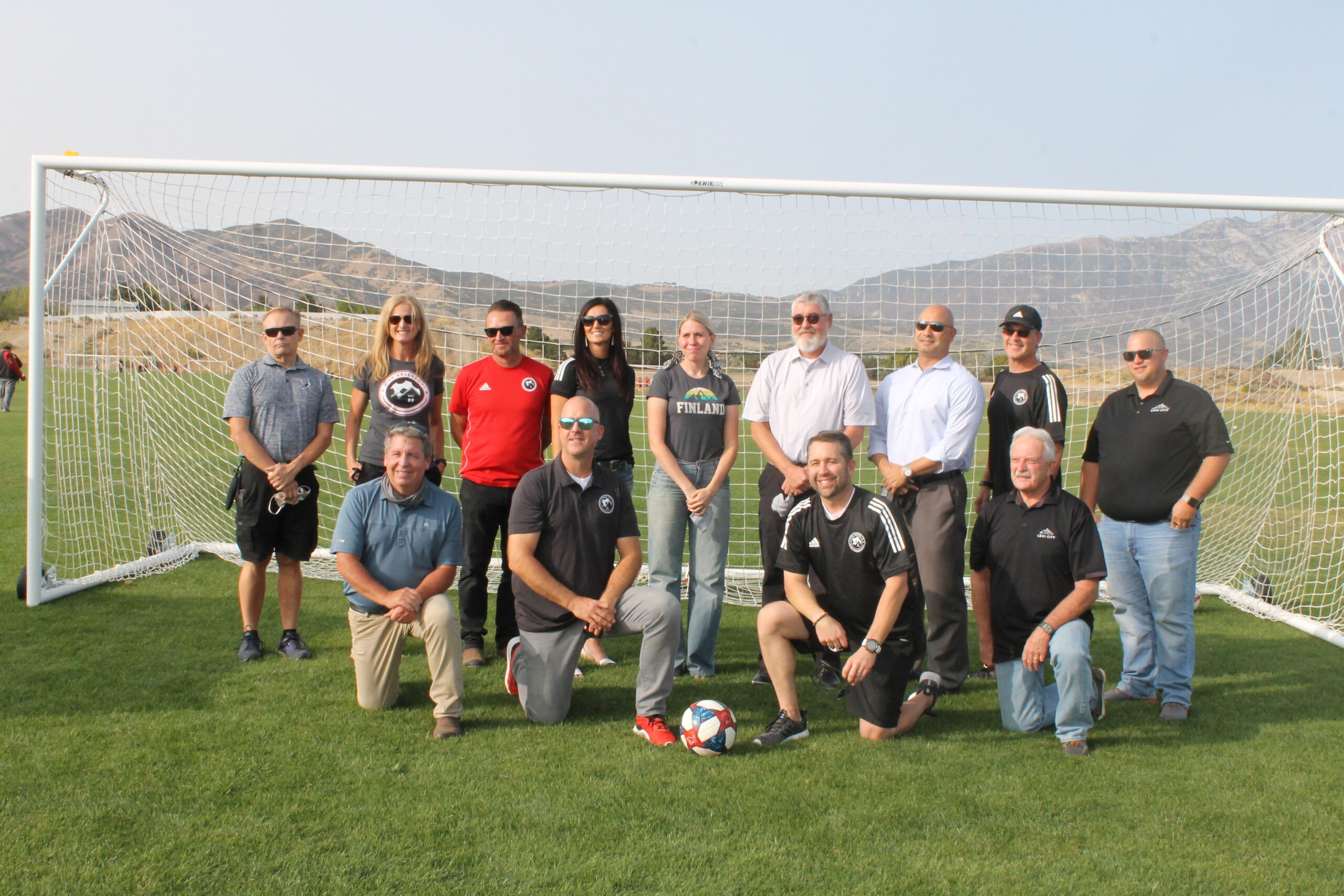 “Thank you to the City. This was the City and our vision,” said Arsenal President and Lehi resident, Bart Preston, to begin the celebratory presentation.

The 20-acre parcel located at approximately 1600 North and 300 East had sat stagnant for over 15 years after the City purchased it from the Peck Family for $7.1 million.

The project has seen controversy over the past few years, with residents sharing concerns over the proposed use citing the desire for baseball/softball fields or leisure park amenities. The City Council ultimately decided to partner with the Arsenal Soccer Club.

The public/private partnership agreement with Arsenal stipulated that Lehi City complete grading on the 20-acre portion, then Arsenal would pay to develop the rest of the park, including the installation of a sprinkler system and planting grass seed. In return, Arsenal has exclusive rights to 70% of the field space for 10 years. Lehi residents may use the park the remaining 30% of the time, and also have access to the other 70% when it’s not being used by the soccer club.

The project came about quickly after the City Council approved the agreement last September. Grass seed was planted last fall, and the fields were ready for use this summer, with several teams practicing on the fields during Tuesday’s ceremony.

“Between the streets crew and the parks crew, it is absolutely amazing what we were able to do in such a short amount of time,” said Mayor Mark Johnson.

Johnson continued, “We appreciate what Arsenal has done. This is a great deal for the City.”