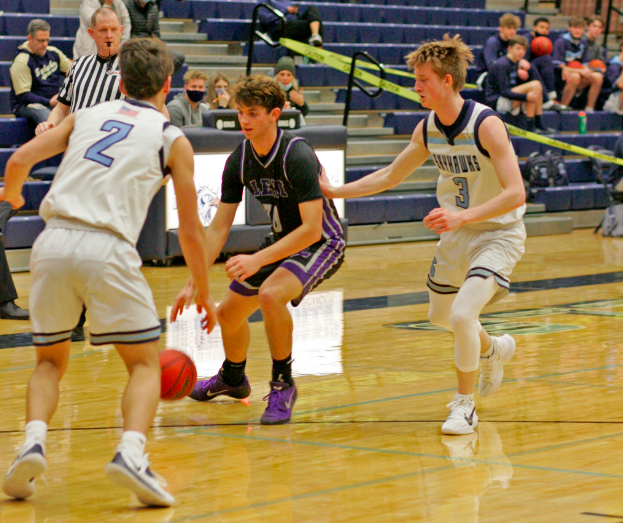 The Lehi boys basketball team came up just one point short on the road Jan. 12 at Mountain View, as the Bruins mounted a late rally to earn a 62-61 victory in a thrilling contest.

The game was a toe-to-toe battle right from the start, with the lead changing hands multiple times. The Pioneers were up just 15-14 at the end of the first quarter but pushed the advantage to 33-25 at the break with some sharp passing and tough defense.

Lehi maintained its lead through the entire third period, but Mountain View reduced the deficit to five points with a triple right before the buzzer.

The Bruins continued to work to regain the advantage and finally did with a 3-pointer when there was 2:01 left on the clock.

The teams traded buckets and leads the rest of the way. Mountain View canned a pair of free throws with 17 seconds to play to go up by three points.

The Pioneers missed a trey which would have tied the score and senior guard Noa Gonsalves grabbed the board and scored a layup, but there wasn’t enough time left to make another attempt to get the win.

“It was a hard-fought battle,” said Pioneer Coach Quincy Lewis. “We just couldn’t hold our lead at the end. Tyson had a good overall game.

“We’re two points from being 3-0 in league play,” he added. “We need to figure out how to win these close ones.”

Friday’s contest with Alta was postponed due to COVID protocols affecting the Hawks.