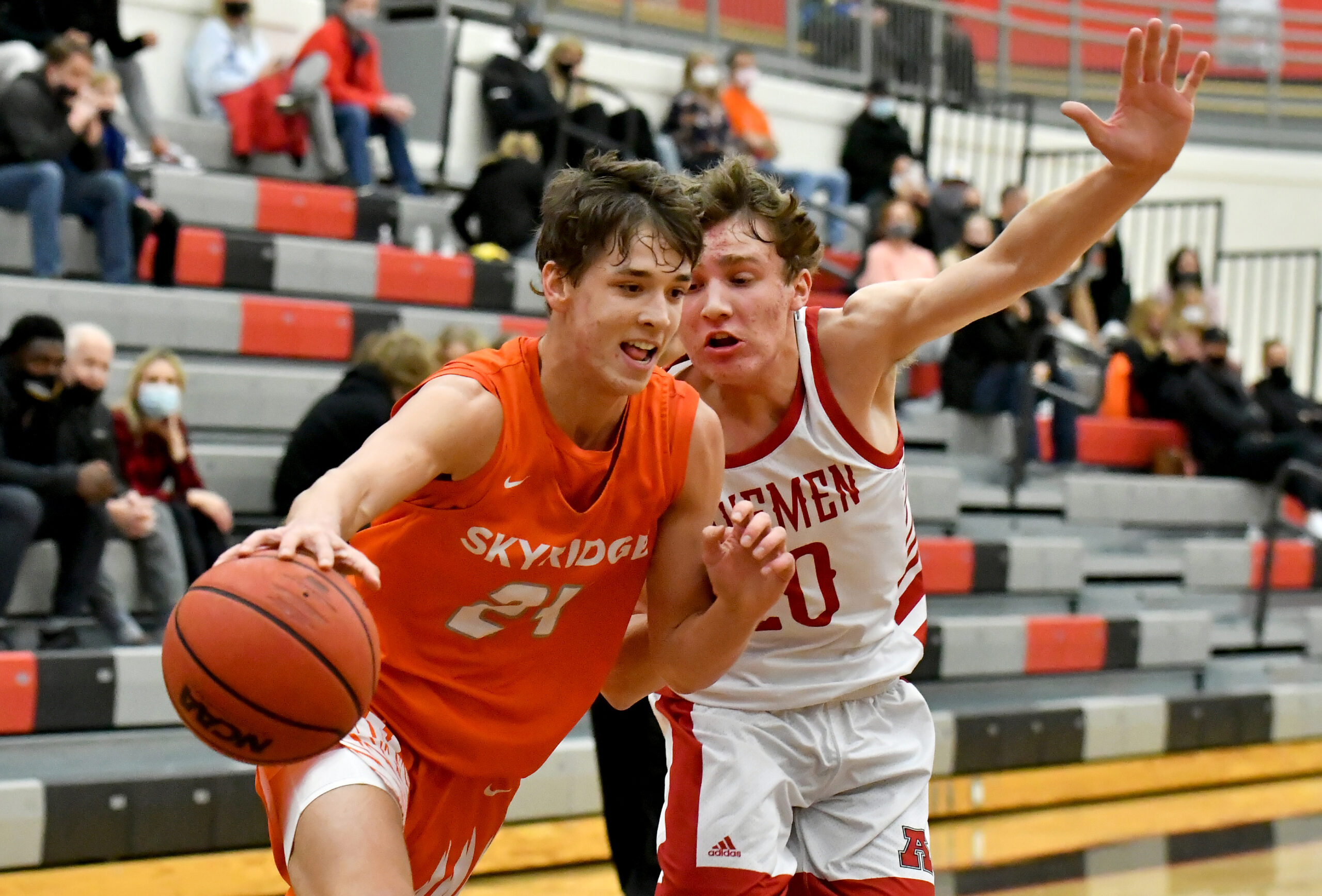 The Skyridge boys basketball team has continued to find Region 4 tough going as the Falcons faced the league’s top two teams last week. They lost at American Fork on Feb. 9 and fell to Westlake at home on Feb. 12.

The Falcons had all five starters in double figures and canned eight treys against the Cavemen, but it wasn’t enough to beat a talented team on its home court.

Skyridge got off to a poor start and that’s what ended up costing the visitors the game. American Fork built a 20-13 advantage in the first quarter.

It was a toe-to-toe battle after that. Each team scored 16 points in the second period and 22 points in the third, leaving the host team with that same seven-point margin going into the final quarter.

The Falcons put 21 points on the board down the stretch, but they were only able to reduce the deficit by a single basket.

It was the opposite story on Friday. Skyridge stayed on pace with the undefeated region leader Thunder through three quarters but couldn’t hold on at the end.

Westlake was ahead by a single basket 22-19 at the end of the first period, but the margin was just 36-35 at the break. The Falcons had actually moved in front 48-46 by the end of the third quarter, but the Thunder outscored them by 12 points in the final stanza.

Holland was again the team’s top scorer with 17 points, including three triples. Reid again sank four from long distance and finished with 16 points. Christensen added 16 points as well and Yates scored 15 for the hosts.