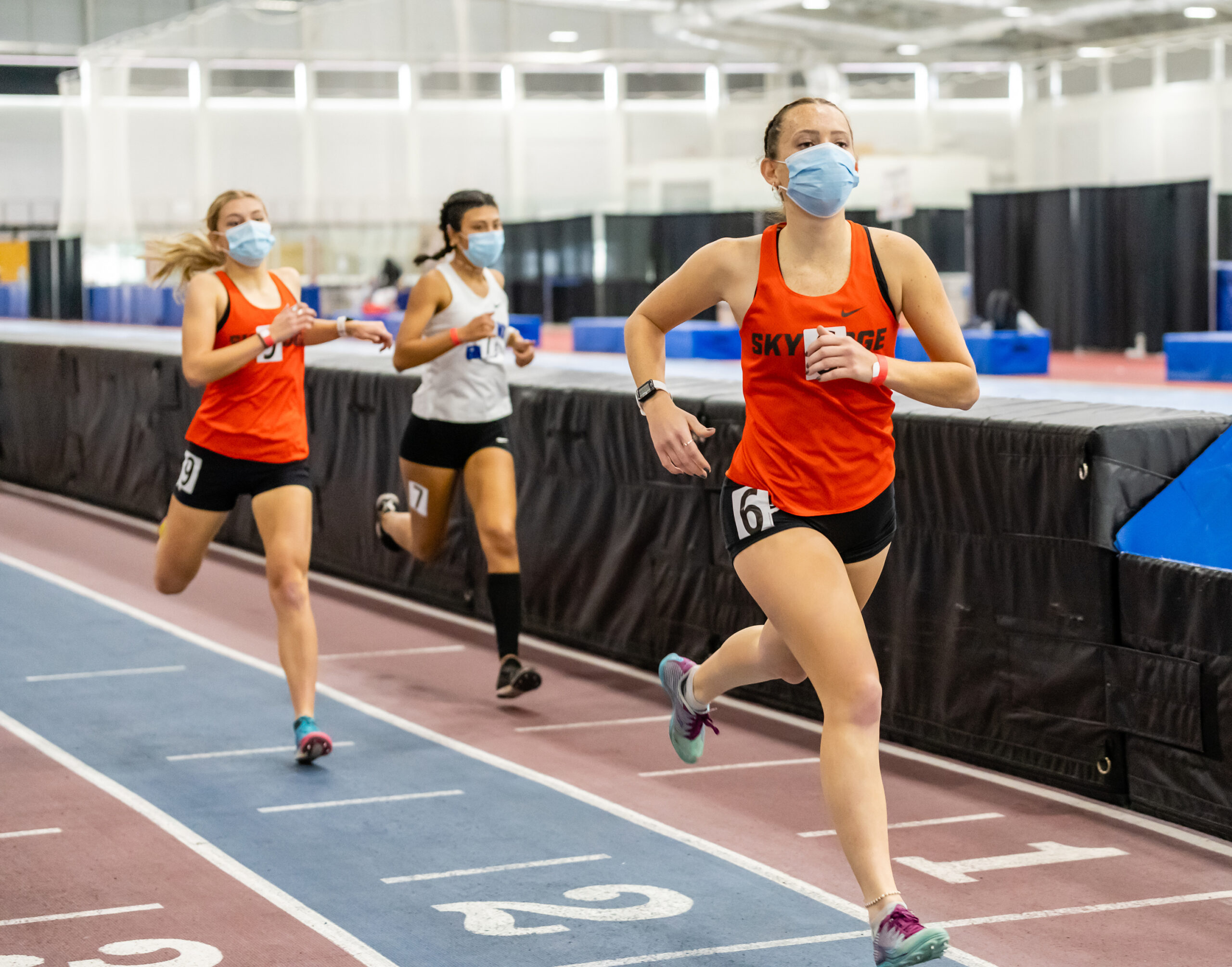 Skyridge seniors Kenia Ainsworth (6) and Trina Fix (9) finish the 800-meter event in fifth and sixth place at the Jaguar Indoor Invitational 2 Meet on Feb. 19 at the Olympic Oval in Kearns. (Photo: Jim Ballard)

Lehi-area high school track athletes performed well at the second Jaguar Indoor Invitational Meet. The final indoor event of the season focused on sprints, hurdles and the 800-meter race and was staged Feb. 19 at the Olympic Oval track in Kearns.

Falcon senior Kenia Ainsworth placed fifth in the 800 meters with a mark of 2:28.16 and fellow senior Trina Fix took sixth at 2:28.96. Ainsworth and Fix followed up on their impressive 1600-meter performances at the previous meet by finishing in the same places.

Sophomore Sarah Ballard was the lone Lehi entrant in the meet. She won the 60-meter sprint in 7.74 seconds. This mark bests the school record she set in January at the Utah Sprint Challenge 1 and is the current seventh-best time in the nation for her age group. She was undefeated in this event during the indoor season. Ballard also placed third in the 200 meters in 25.56 seconds.

Due to COVID restrictions, the indoor meets this season were relatively small events. Only runners with the fastest times were able to sign up. Athletes and fans were required to wear masks at all times.

The Skyridge and Lehi track and field athletes will transition to the outdoor high school season with practices beginning in March. The Falcons open the season on March 16 at Pleasant Grove. The Pioneers begin competition on March 10 at Orem.