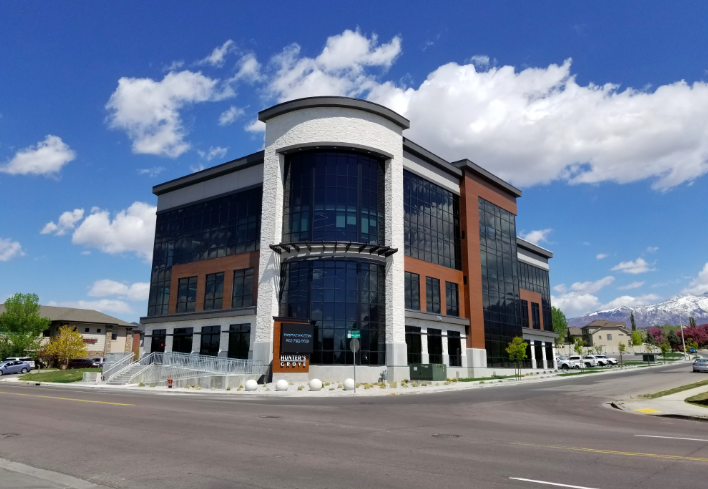 During the City Council meeting on Tuesday, April 27, neighbors of a new Lehi reception and event center spoke during the meeting’s public comment portion, expressing displeasure with the nearly completed venue.

The Rooftop, located on the fourth floor of a new office building on Hunters Grove Lane, just west of Lowe’s in Lehi, is soon to begin operation.

According to the company’s website, the venue has started taking reservations for events. “Welcome to The Rooftop, an event venue located in Lehi, Utah. Whether planning your ideal wedding or hosting a corporate event, we invite you to make The Rooftop your destination. Tours and bookings for Utah County’s newest venue are now available.”

The center offers a 3,200 sq ft indoor facility along with a 1,300 sq ft outdoor patio. The company website advertises accommodations for up to 200 guests for a seated meal or 700 for an open-house style reception.

The facility is available Monday through Saturday from 4 p.m. to 11 p.m., with an option of beginning at 11 a.m. if desired.

Several of the neighboring residents to the north of the new building attended the Council meeting on Tuesday to state concerns around potential traffic, noise and disturbances.

“We understood this would be a medical building. We found out last week on the electronic sign that there would be an event venue six days a week going until 11 o’clock. One hour past noise ordinance. If you lived in this neighborhood and had young children, what would you do?” said Lehi resident Karen Comish.

“If the balcony doors are open past the noise ordinance, we are going to start calling the police. Why should we residents have to listen to the bands and stuff that will play on top of that building?” continued Comish.

Comish’s husband James also spoke, saying, “Patrons will linger after hours, especially if alcohol sales are allowed. Fights and arguments will ensue in the parking lot, as well as other disturbances to the community.”

Mark Junston, another neighbor, asked the Council to try and help find a solution.

“You’re going to have a major traffic problem. Lowe’s is across the street and already a busy intersection. To have parties outside until 11 p.m., potentially six nights a week. Imagine if you were that neighbor. It’s going to be a problem. I would really ask you to think about restricting the time they can have parties to something like 9 or maybe 10 p.m.,” concluded Junston.

Lehi City Community Development Director Kim Struthers and City Attorney Ryan Wood gave the Council an overview. They shared it with residents explaining that the reception center is permitted as the area is zoned commercial.

Since the building is in a commercial zone and the reception center has permitted use, the City has no legal authority to deny or restrict the landowner. City staff also explained to the residents that if the project were a conditional use or they requested additional City approval, that is where the City could levy restrictions. Still, this project didn’t fall under that situation.

Struthers also stated that the venue hadn’t received an alcohol license yet. The process to gain alcohol sales approval requires both City and state approval.

“We have to uphold the Constitution. If permitted uses fit within the requirements of the code, we can’t deny them,” said Mayor Mark Johnson.

‘It’s hard for us to take action against an assumption,” concluded Johnson.

The City Council assured the residents that they will monitor the situation closely and will look into alternative solutions to mitigate concerns if they arise.