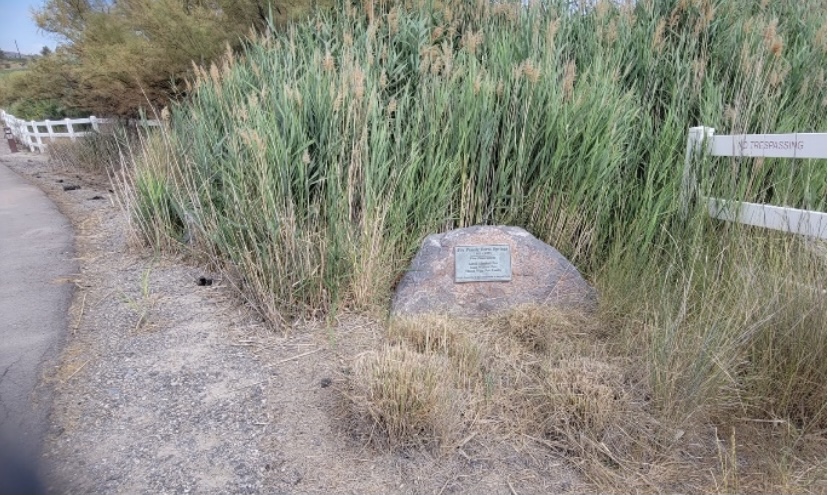 Summer biking along the Murdock and Jordan River trails has been spectacular this year even though it’s been hot,and construction occasionally makes it a challenge. It’s all good though, because the improvements are worth the inconvenience. For example, the new connection on the Murdock Trail along Canal Boulevard in Highland makes biking that direction much more convenient and definitely safer. Everyone is anxiously awaiting the opening of the new pedestrian/bike overpass across Timpanogos Highway near Triumph Boulevard in Lehi.

A couple of days ago, Laurie and I biked the Jordan River Trail from Thanksgiving Point to 10600 South with some friends. We hopped on the Jordan River Trail near the FamilySearch building and headed north. It’s great fun riding that trail, enjoying the sights as you leave Thanksgiving Point, ascending the hill east of Camp Williams and passing the two large windmills while continuing around the Point of the Mountain. There are amazing views of the Utah and Salt Lake valleys and also the beautiful mountains that surround us. Mt. Timpanogos, of course, is always my favorite.

During a week of scattered thunderstorms, we managed to pick an afternoon with just a sprinkling. The rain was light at first and we just rode through it, but then it began to come down harder and we took shelter in a house under construction along the trail just north of Bangerter Highway. It all blew over within a few minutes and we continued on our way to have dinner somewhere near the trail and 106th South. We chose Gecko’s Mexican Grill,and the waitress was kind enough to give us a table where our bikes were parked just outside the window.

Coming home after dinner we enjoyed the same sights but found a section of the trail was closed since passing there 90 minutes earlier. Our predicament was solved by riding around the closure through a neighborhood and then rejoined the trail. As is almost always the case, riding south towards the Point of the Mountain included a headwind. Lucky for us, it wasn’t too brisk that evening.

I knew there was a monument commemorating the Fox Family Farm Springs somewhere along the trail. As we reached the Mile 7 marker, and just before turning off the trail to FamilySearch, I spotted the plaque mounted to a large boulder hiding behind tall grass on the east side of the path. The plaque celebrates 104 years and five generations of Fox families who operated a dairy and farmed the land around the Thanksgiving Point development. Listed on the plaque are my paternal great-great-grandfather Alfred Marshall Fox and paternal great-grandfather Isaac William Fox (a former Lehi mayor) along with my great-uncle Eldred Winn Fox and his son Eldred Kay and grandson Kenneth – both my cousins. I waded into the tall grass and took a photograph of the monument promising to return sometime soon with clippers.

Two days later I returned on my bike with those clippers. I actually rode past the monument and didn’t find it until I was again headed south with a better vantage point. After about a 20-minute trimming session the monument is now once again out in the open. As I cut back some of the last blades of grass, I was rewarded by finding an almost pristine TaylorMade golf ball hiding inside the grass. My thanks to the golfer who hit it slightly out-of-bounds to make my labors just a bit more interesting. I think I’ll hang on to that ball for the memory – and as a reminder to take my clippers when I ride that route

Utah County Commission: There will be no mask mandate in schools or the county