Skyridge football will pick up where it left off 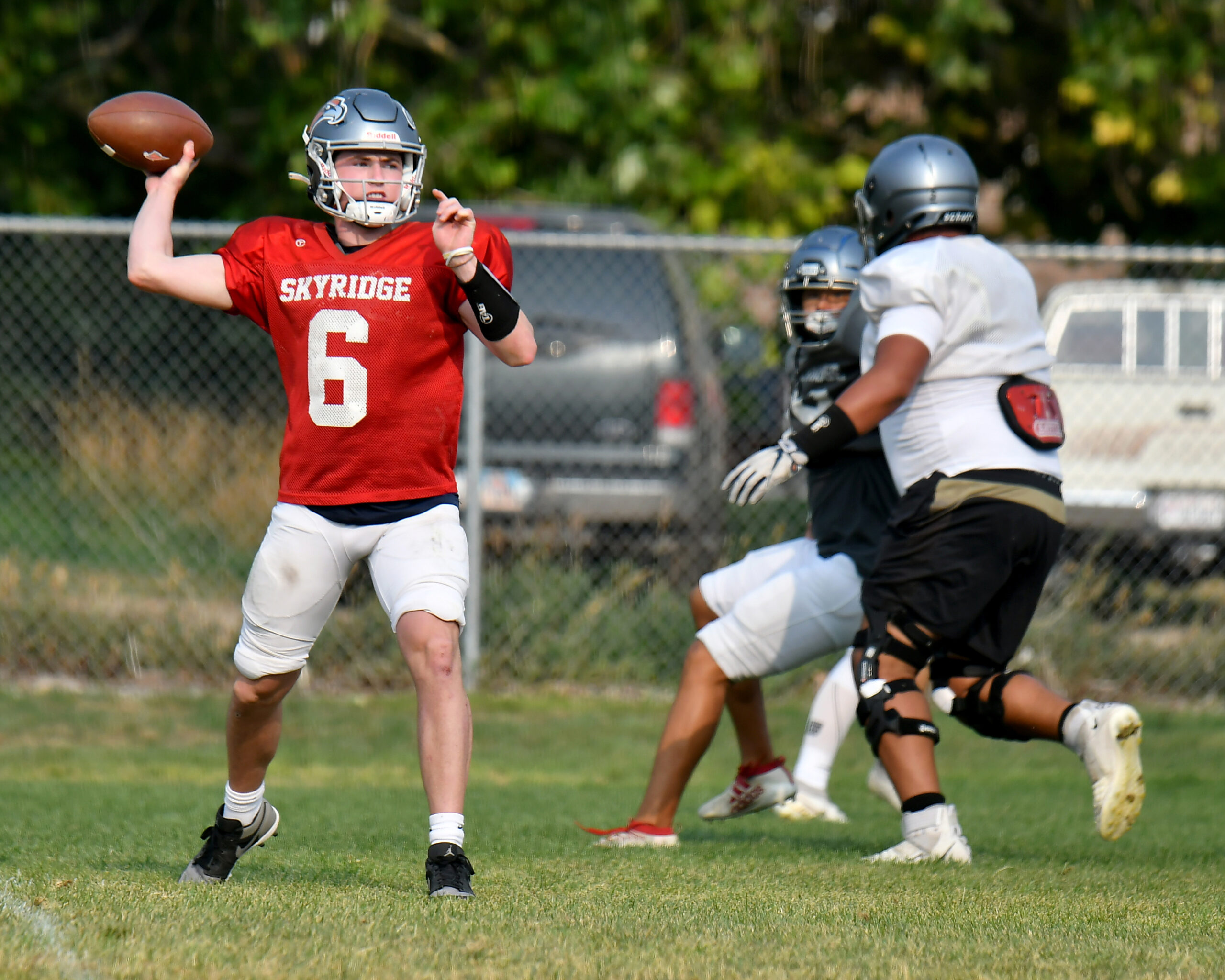 The Skyridge High School football team certainly fits that category as they prepare to enter the 2021 season, and everybody knows it.

The Falcons are third in the preseason rankings, right behind Region 4 neighbors Corner Canyon and Lone Peak – exactly where they finished last year. The “dominant” description fits those programs as well, along with American Fork, which checks in at No. 5 after 5A’s top squad, Orem.

However, with seven returning offensive starters and plenty of depth at virtually ever position, Skyridge is hoping to get over the playoff hump with one or both of those top teams this year.

They managed to beat the Knights during the 2020 regular season and came closer than any other program to toppling Corner Canyon, but ended up suffering a 3-point loss.

And, as if they needed any bigger target on their backs, the Falcons are scheduled to have six of their games televised this year, including contests with the four schools mentioned above as well as 5A No. 2 Timpview.

Before all of that, they will host statewide No. 11 Fremont in the kickoff opener tonight (Aug. 12) on KJZZ at 7 p.m. The Silverwolves return more than half their starters from a season ago – a group that will be hungry after a COVID outbreak forced a forfeit in the first round of the state tournament last year.

The Falcons have a formidable arsenal to deploy against these notable opponents. It all starts with junior quarterback McCae Hillstead (5-11, 185), who produced a combined 50 touchdowns during his outstanding debut season. The ceiling for his talent is nowhere in sight.

It doesn’t hurt to have an enviable support staff in the skill positions either. Jeter Fenton (sr., 6-0, 210) is back after rushing for about 80 yards per game last season. Then there’s returning senior wide receivers Jack Hadfield (6-0, 170) and Conner McAllister (5-11, 185), along with a host of other possibilities.

It promises to be another exciting season for all of the Falcon faithful. Stay tuned