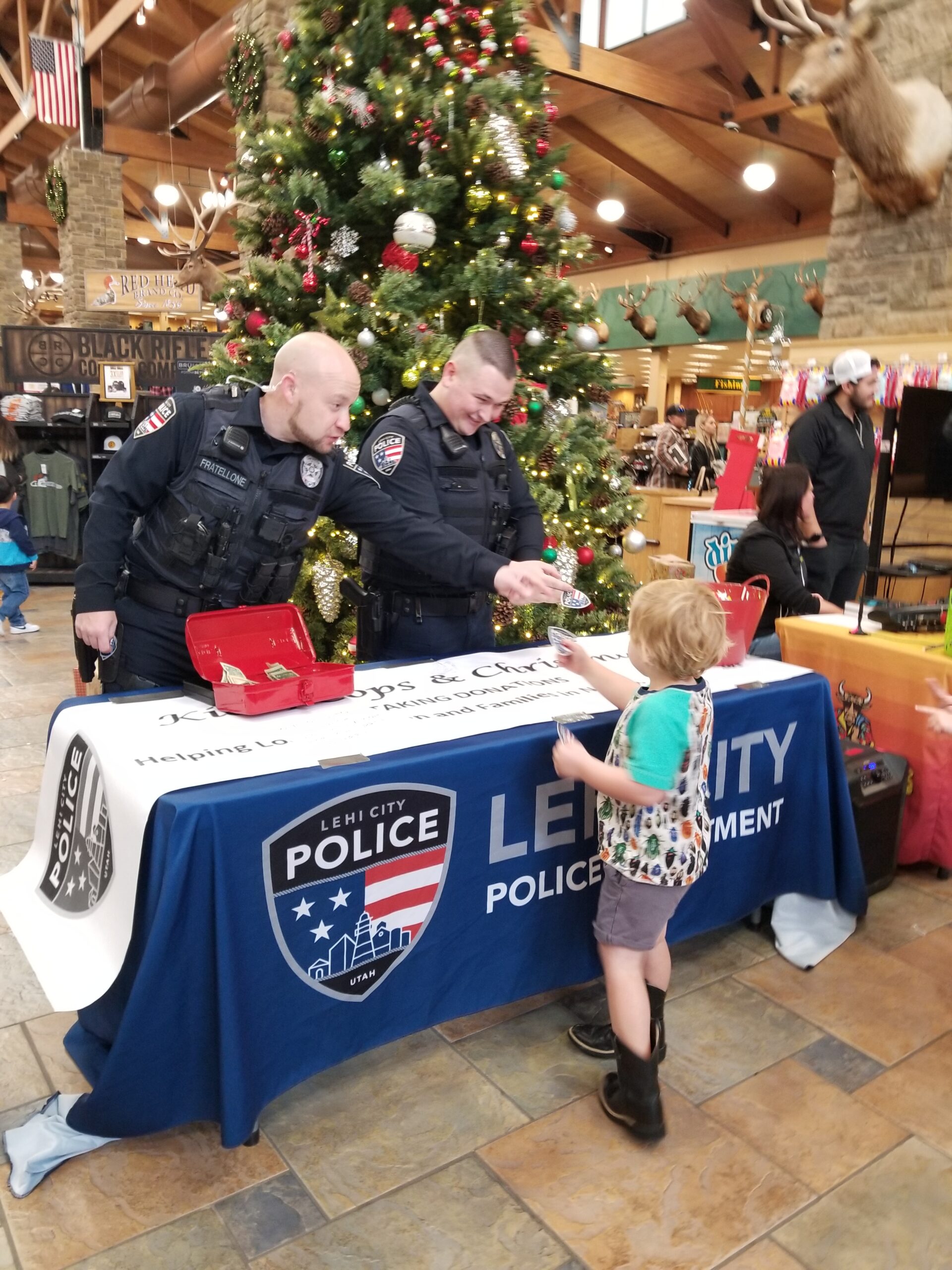 Lehi police officers kicked off their annual fundraiser for Kids, Cops and Christmas at Cabela’s with Officer Rudolph in his squad car escorting Santa to the store.

“It was perfect that we have an Officer Rudolph to guide Santa. He even put a red nose and antlers on his squad car,” said Lieutenant Kenny Rose.

On Saturday, Dec. 18, officers will escort Lehi families out to an early breakfast, then Christmas shopping at Smith’s Marketplace. The police department collects funds all year for the event, but they kick into high gear in November and December to gather as much money as possible to support Lehi’s children.

“We’re paying attention all year, looking for families to help at Christmastime. Schools in town will give us names and sometimes we’ll find people when we respond to a call,” explained Lt. Rose.

Officers plane to spend about $100 per child. “I’ve had more than $100 in the cart before and the people at Smith’s get out their coupons and officers will kick in a few more dollars to make it happen,” said Lt. Rose.

“Probably the most touching thing is when they come with a list for their siblings,” said Lehi Police Chief Darren Paul. “We find quite often that they’re more concerned about their siblings and making sure they have their Christmas taken care of more so than themselves.”

The Lehi Police Department will have more events to collect money for Kids, Cops and Christmas in the coming weeks, but they take cash and check donations at the Public Safety Building, 128 North 100 East, any time.

Santa’s Back! Parade on Saturday